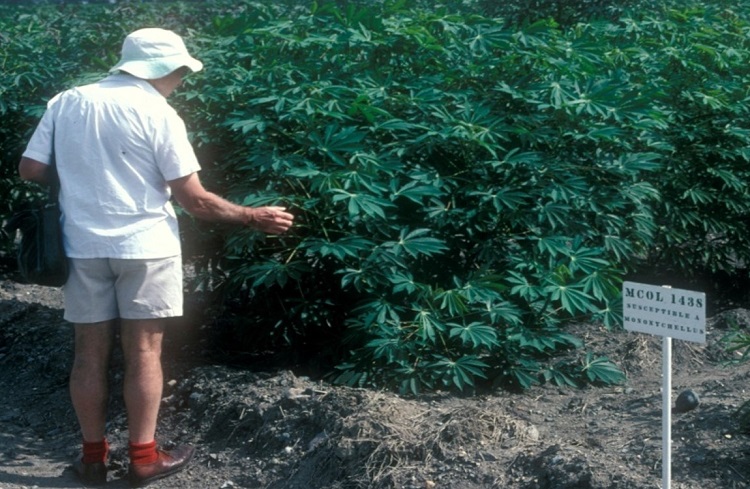 John Michael Thresh, aged 84 years old, passed away on Thursday 12th February 2015 at Pembury Hospital, Tunbridge Wells, UK, following his battle with cancer. He leaves his wife, Peggy, four sons, four grandsons and four granddaughters. Professor Thresh, known as Mike to his family and peers, contributed much to our knowledge of plant virology, both within the UK and overseas and was a tireless advocate, supporter, and promoter of plant pathology for more than 60 years.

Mike came from a farming background in the north of England and when a career in agricultural research beckoned, he took a first degree in botany at Imperial College at the University of London in 1952. His first assignment overseas was in Ghana and Nigeria from 1953–1960, where he worked on the epidemiology and control of cocoa swollen shoot disease, and where he first came into contact with cassava as an important food crop.

After returning to England, he focussed on virus diseases of hop, blackcurrant and other fruit crop species at East Malling Research Station, Kent. These studies and contributions on general epidemiological concepts led to a University of London PhD and DSc, as well as a Queen's Award for Technological Achievement. Mike joined NRI in 1991 as senior virologist. He developed the virus research programme with emphasis on plant virus diseases such as cocoa swollen shoot virus in West Africa, rice tungro and yellow mottle viruses in Asia, and Cassava Mosaic Disease and Cassava Brown Streak Disease in East Africa. In 1998 he was given an honorary position as Professorial Research Fellow at the University of Greenwich.

Described as an ‘editorial genius’ for his ability to take drafts of papers and halve them whilst adding invaluable additional points, Mike published more than 200 papers, reviews, and book chapters. He coupled this with a ‘hands on’ approach to research, emphasising that field work was essential to see crops and plants in situ to get a holistic understanding of epidemiology.

Mike’s overseas experience spanned more than 40 countries and he dedicated his life to helping the poor in developing countries through his work to bring about a deeper understanding and control of crop diseases.

He had a special love for cassava and was undoubtedly the best epidemiologist for cassava viruses. He worked with pioneer cassava virologists and cassava breeders in Africa, who played a key role for better control of cassava viruses in Africa. Throughout the 1990s, Mike was instrumental in raising awareness of the seriousness of the cassava mosaic epidemic. His surveys revealed that emergency measures were urgently required to prevent the rapid spread of this deadly crop disease, to help famine victims whose staple food had been destroyed. His work was instrumental in finding mechanisms to overcome the problem. Ugandans remember him for his remarkable contribution to controlling the epidemic and restoring food security. In recognition of his work on cassava, Mike was awarded the Golden Cassava Award in recognition of his longstanding scientific contributions to understanding and building awareness of cassava diseases at the Global Cassava Partnership meeting for the 21st Century (GCP21) in 2012.

A memorial service will take place on 18th March at 12pm, at St. Michael's Church in Maidstone for family, friends and colleagues to say a final goodbye to superstar plant virologist Mike, who worked tirelessly to increase the food security of African farmers.