The importance of bees and other pollinators to UK crops and wildflowers is now relatively well established, but did you know that their importance for smallholder farmers in low-income regions of the world can be even greater? A new study by scientists from NRI and the Nelson Mandela African Institution of Science and Technology (Tanzania), shows just how valuable bees and pollinators are to agriculture in the developing world. The study was funded by the UK’s Darwin Initiative and the McKnight CCRP.

Working with smallholder farmers on the slopes of Mount Kilimanjaro, the team of scientists wanted to find out whether the farmers were gaining a benefit from pollinators in terms of the yield from their bean crops. Common bean 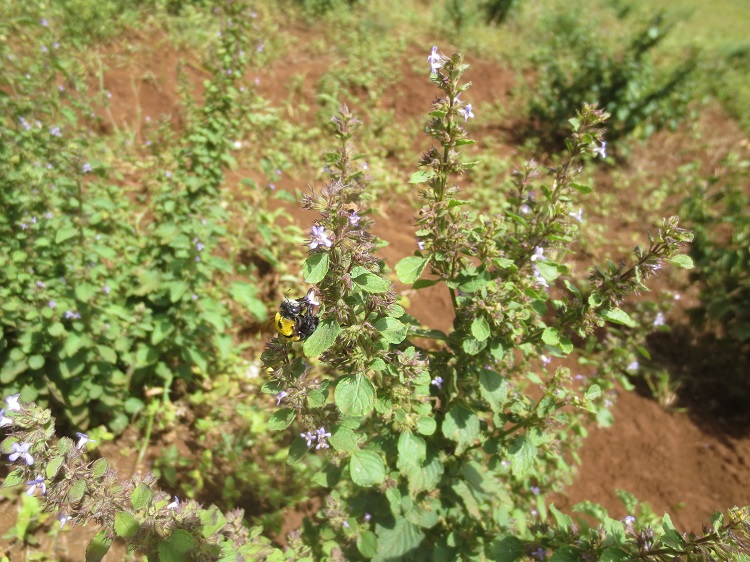 (Phaseolus vulgaris) is a major source of dietary protein for this community. It is sometimes assumed that the common bean crop doesn’t need pollinators because the flowers can self-pollinate and produce some beans without any insect visits. However, the team suspected that bees and other pollinators were still providing some benefit for the crop.

Dr Filemon Elisante who carried out the fieldwork and is lead author of the study, explained, “By placing bags over some bean plants, excluding all possible insect pollinators, we could compare the bean pod production between the bagged plants and the plants left open, which were visited by a variety of insects.” 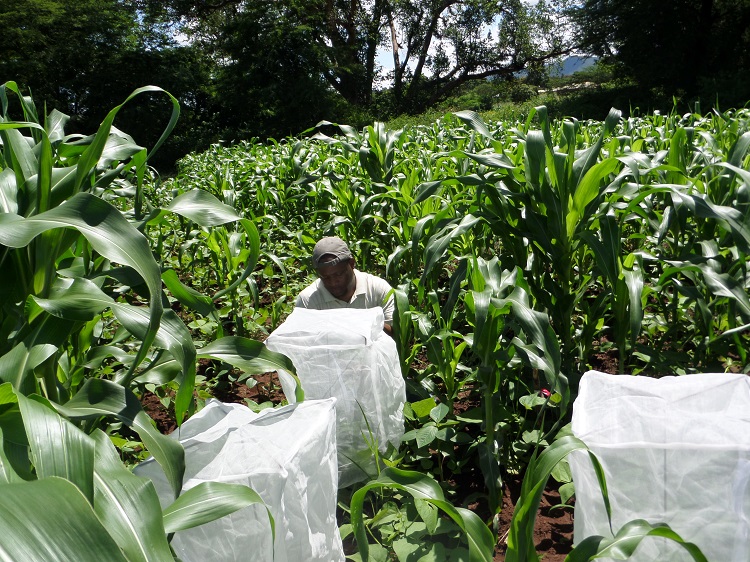 As the team suspected, pollination does help: the open-pollinated plants produced more bean pods per plant, more beans per pod, and heavier seeds. Across the whole field, this translated to more than a doubling of yield due to the pollinators’ visits. “If those beans are sold at a local market, the farmers enjoy a cash benefit from having good bee pollination,” adds Dr Elisante, who is now an Assistant Lecturer at the University of Dodoma.

But how easy is it for the farmers to maintain good bee pollination? The answer may lie partly in the field margins. The edges of fields can host many wild plants, acting as a source of pollen and nectar for beneficial insects like pollinators. Dr Elisante dusted a harmless fluorescent dye on to some of those plants – and then later captured bees in the crop and checked them for traces of the dye.

NRI’s Dr Sarah Arnold said: “sure enough, honeybees and large carpenter bees were regularly found in the crop carrying traces of dye – so they must have visited the 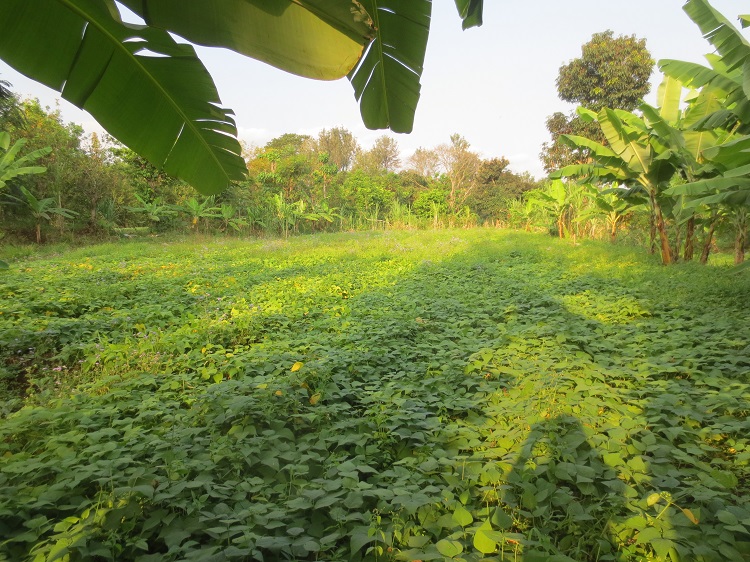 margin plants before flying into the crop to make use of the crop’s nectar.”

Prof Phil Stevenson, NRI’s Head of Chemical Ecology and Plant Biochemistry Group, explains that in Europe, field margins and sown flower strips are a regular part of Agri-Environment Schemes promoted to farmers to support biodiversity. He adds: “we are finding that wildflowers on Sub-Saharan African farms can also support a range of beneficial insects such as bee pollinators and have ongoing project work to investigate this further. It’s becoming increasingly apparent that plant diversity globally needs protecting as a matter of urgency.”

The team emphasises that protecting and supporting wild bees in farmland is not just something to be done for its own sake; pollinators are providing clear benefits for the income and nutrition of the poorest farmers, even in some crops where their importance was previously assumed to be low.

The published paper: Insect pollination is important in a smallholder bean farming system