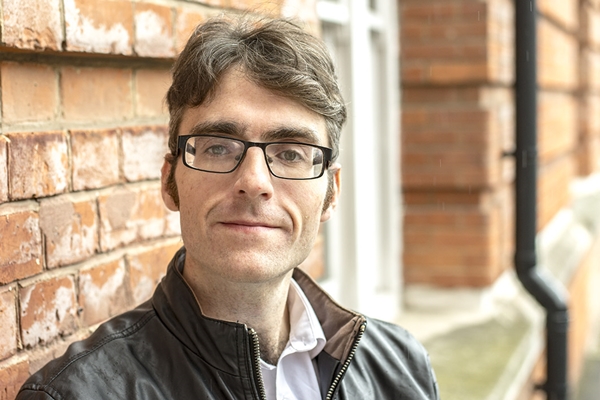 Between 2005 and 2009 I undertook a Ph.D. in the University of Limerick in applying and modifying a land-based indicator of sustainability; the ecological footprint which was undertaking a standardisation process. This work culminated in being involved in a joint publication with global practitioners (including concept founder Mathis Wackernagel) on establishing a research agenda. In particular, this research proposed a methodological system for incorporating methane into the standardised ecological footprint calculation methodology. In addition this work examined the role of commuter choice on emissions including (in collaboration with sport scientists) a novel method for accounting the impacts of cycling. This resulted in a publication on transport emissions resulted in an interview being published in the Irish Times. Upon graduation I was briefly involved in post-doctoral in the same institution work at the same university examining the feasibility (or lack thereof) of open air pools for the production of algae for the purposes of generating feedstocks for bio-fuel production.

Following on from this I undertook an extended period of post-doctoral studies at the University of Manchester across a number of different topics, primarily examining the role of the shipping sector in UK and Global Emission budgets. In the first instance this a project funded through the Engineering and Physical Sciences Research Council (EPSRC) was associated with the development of scenarios of UK trade including the effect of domestic decarbonisation on shipping emissions. This led on to involvement in a large-scale consortium project led by University College London, including  Newcastle University, and the University of Sheffield. This was a large-scale project incorporating a range of distinct methodologies across multiple disciplines in order to generate scenarios of global trade and shipping emissions. In particular I worked closely with economists in UCL to develop a hybrid method for generation of trade scenarios linking material flow analysis and econometric methodologies. This work in collaboration with experts on trade, resulted in a suite of trade scenarios that are more conservative that pre-existing studies in terms of the extent to which trade is likely to grow in the near future; presenting a cautionary tale on the potential impact of climate change on export surplus etc. This work also led to me taking a consultative role in a related project by Chatham house on bottlenecks across trade routes. Within this project I was also involved in a study lifecycle assessment (LCA) study of the upstream emissions associated with the production and processing of marine fuel before it is even combusted onboard a vessel. During this period I was also involved in a LCA study examining the environmental and economic impacts of recovering low grade heat from industrial processes.

My current position involves leading a MSc programme entitled ‘Global Environmental Change’ based on the land/water/climate nexus, emphasising the relevance of global processes to local decisions. I deliver a module on the development and of use of quantitative environmental indicators such as ecological and carbon footprints. I am also involved in teaching in the BSc Environmental Science programme on topics such as environmental sampling and sustainability policies.

I am interested in the generation and use of indicators of sustainability across environmental, social and financial spheres, including environmental impact, lifecycle assessment across different sectors. A quote I keep returning is by the famous statistician George E.P. Box who said “all models are wrong, but some are useful”. I find that comforting since as an interdisciplinary scientist without a strict specialisation, working across multiple fields, it can be difficult to reflect critically on the limits of the insights your work can draw on. In other words it can be difficult to know if you have “the right answer”. However, I view the work I do as serving to distinguish the most important relationships that can determine the sustainability of human activity.

For example generating a carbon footprint of cycling based on extra CO2 exhaled during cycling allowed for a new basis for comparison with other modes of transport.

However my work has helped identify important factors which are likely to be important from an environmental perspective. If I was to summarise I would say my work seeks to turn “unknown unknowns” into “known unknowns”.

Rationale: Despite being the most carbon efficient form of transport (per tonne kilometre, that is the transportation of a tonne of cargo for one kilometre), the sector shares a common onus to decarbonise. In order to establish feasible pathways of decarbonisation consistent with different emissions budget and climate change projections, a scenario generation exercise is needed.

The results are generation of future trade scenarios by commodity by region for different levels of climate impact and emission mitigation. This was complemented by a suite of fleet configurations necessary in order to achieve a defined emission target. The main findings were that trade is likely to continue to be highly dependent on large emerging economies with some valuable counter-intuitive insights. For example even under a decarbonisation scenario we can envision continued oil trade if the absolute quantity of oil consumed globally decreases but key emerging economies (which have no domestic production) grow their domestic transport demand.