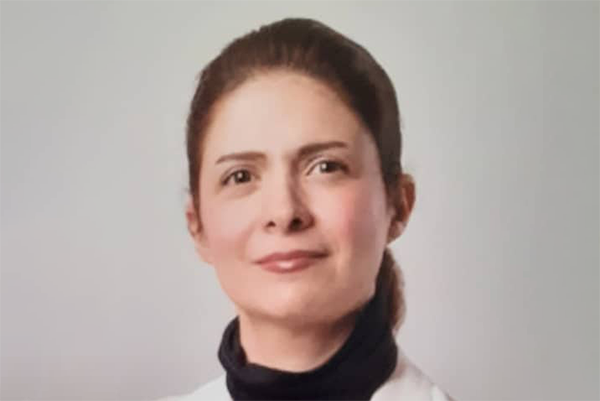 Dr. S. Noushin Emami is a molecular infection biologist expert in the field of host-pathogen interactions, with particular interest in understanding the dynamics of malaria transmission. At the beginning of her scientific career she garnered significant knowledge in the fields of mathematics, physics, medicine, medical entomology, tropical medicine and public health. She also assimilated significant expertise in statistical modelling, programming and bioinformatics analyses. During her PhD residency at Glasgow University (UK) ,she received training in malaria vector ecology, behaviour, and host-parasite interaction. As a post-doctoral fellow, first at Imperial college London and then at Stockholm University, she had the opportunity to design projects independently to investigate malaria parasite-derived molecules that activate the immune response of the Anopheles vector.  She have uncovered the molecular basis by which Plasmodium parasite improves its chance of transmission from its intermediate vertebrate host to its definitive invertebrate host (mosquito). Her work identified volatile molecules that are released from human erythrocytes via the parasite metabolic precursor HMBPP (Emami et al Science , 2017). This renders malaria-infected people more attractive to mosquitoes than uninfected people. Importantly, HMBPP exposes a profound weakness in the plasmodia that may be exploited, by the identification of key attractants that can be used to enhance trapping efficacy and interrupt malaria transmission. The blend (molecular mixture) of these volatiles have been patented under her name as main applicant. Her results have been published in peer-reviewed journals including Science.

​​Besides research, she likes to teach, so she volunteered to teach statistics to PhD students during her postdoc period. In 2018, she became the group leader and Principal Investigator (PI) of her projects in the Department of Molecular Biosciences, Stockholm University.

At present, her main academic ambition is to understand the chemical language that exists between pathogens and their hosts with the ultimate goal to design the next generation of diagnostic methods and vector control tools. Knowledge and Invention of such methods/tools will allow us to eavesdrop and manipulate insects/hosts in ways that would defeat pathogen transmission.

Insect vectors are frequently viewed as not more than “flying syringes” that transmit pathogens between hosts. However, host physiological status and behaviour as a result of pathogen manipulation has direct impact on transmission dynamics of the disease and has not yet been fully acknowledged. The main hypothesis of our newly established research group is to focus on avenues for basic and applied scientific exploration concerning which represents an ancient chemical language between pathogens and their insect hosts. Understanding of such languages will allow us to eavesdrop and manipulate insects/hosts in ways that defeat the pathogens.

Dr. Emami’s research interest encompasses a spectrum of areas from infection biology of vector-parasite-host interactions through to fundamental research in chemical ecology & evolution. Her strengths are in using integrated approaches that range from molecular and cellular scales through to individuals, populations, species, and ecosystems. Her current research is organised into five broad themes.

Malaria infection renders humans more attractive to Anopheles gambiae malaria mosquitoes, increasing the risk of Plasmodium falciparum transmission. I have shown that this is linked to a parasite-produced isoprenoid precursor, (E)-4-hydroxy-3-methyl-but-2-enyl pyrophosphate (HMBPP), which indirectly affects mosquito attraction by causing erythrocytes to release more salient volatile molecules. Moreover, HMBPP directly affects the persistence of mosquito feeding, by acting as a phagostimulant. The overall purpose and aim of this research proposal is to further analyse the effect of MEP pathway metabolites on manipulating the human and vector hosts. The findings of this project may lead to novel ways to decrease mosquito biting, particularly on infective humans, and hence reduce malaria transmission. Overall, the benefit would be a reduced malaria morbidity and mortality in affected communities

The overall purpose and aim of this research proposal is the development of a novel “lure” to be used for mass trapping of mosquitoes in regions affected by malaria. The findings of the proposed research will increase our understanding of malaria parasite transmission and the development of a novel control tool to reduce parasite transmission success in affected communities.

The role of microvesicles in mediating P. falciparum transmission to mosquitoes

At present, the high-lighted acquired results are under revision in high impact peer-reviewed journals

The publication marked with an asterisk are completely independent of my PhD supervisor, including my latest publication in Science and PLOS pathogens.