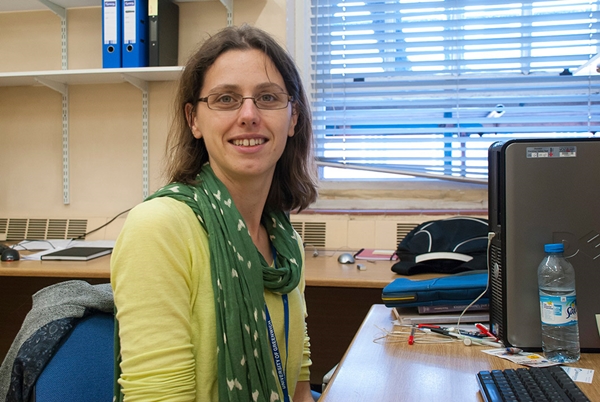 Dr Sophie Bouvaine graduated from the University of York with a PhD, in which she studied the transmission of a major cereal disease by aphids. This project was co-supervised by Neil Boonham from the Food and Environment Research Agency. Dr Bouvaine then undertook a postdoctoral position at Cornell University (USA) with Professor Angela E. Douglas, where she became interested in the physiology of insects pests. She led a research project aimed at understanding the sterol metabolism of major disease-transmitting insect. This project was with the collaboration of Dr Spencer Behmer from Texas A&M (USA). The research produced valuable results in the understanding of how insects deal with a diet poor in sterol and was published in a peer-reviewed journal. In the same institution, Dr Bouvaine was able to investigate the sap sucking insects' symbiosis and its shared metabolism. This led to one of the first accounts of a shared metabolic pathway between an insect and a bacterium and was published in Applied and Environmental Microbiology. Dr Bouvaine is now a research fellow at NRI and, during that last few months, has been investigating the transcriptome of cassava in order to find resistance genes for Cassava Brown Streak Virus. In addition, she is working on the insect vector of the disease and, by studying its symbiosis, she aims to find an innovative solution to disrupt the transmission of this devastating virus.

The aim of Dr Bouvaine's research is to use new molecular technologies to develop tools for the protection of important staple crops such as cassava. Her research specifically aims at deciphering the intricate mechanisms by which insect pests transmit plant-pathogenic pathogens so that this knowledge can be applied to find innovative solutions for protecting crops and hence improving the lives of people.

Dr Bouvaine's current project involves the use of endosymbiotic bacteria as a novel biocontrol agent for crop pests and diseases. The aim is to exploit virulent strains of the endosymbiotic bacteria, Wolbachia, as a novel biocontrol agent for controlling the harmful insect pest, whitefly, in order to protect African cassava from destructive whitefly-transmitted plant viruses. The whitefly, Bemisia tabaci, is one of the most devastating agricultural pests for poor farmers over the last three decades owing to its wide geographic spread, the diverse ways that it damages crops, its capacity to develop resistance to insecticides, and, perhaps most significantly, its ability to transmit over 110 plant viruses that cause devastating crop disease pandemics worldwide. Amongst the most important of these viruses of recent times, cassava brown streak viruses (CBSVs), which cause cassava brown streak disease (CBSD), threaten the food security of over 40 million cassava-dependent poor in eastern Africa because the disease causes complete rotting of infected tubers. The lack of disease-resistant varieties and alternative whitefly control options such as insecticides (either unavailable or too expensive for many African farmers) leaves producers completely vulnerable to the damages caused by whitefly-transmitted CBSV.