In April 2022, NRI sent two of its experts to Uzbekistan to support farmers in solving agricultural pest problems in ways which minimise risks to people and the environment. Professor Richard Hopkins, Head of NRI’s Agriculture, Health and Environment Department, and Hans Dobson, Professor of Integrated Pest Management (IPM) and a Crop Protection Specialist, travelled to the Uzbek capital Tashkent with colleagues, Dirk Babendreier and Manfred Grossrieder from CAB International (CABI), who brought complementary strengths in the area of biocontrol, research and implementation. 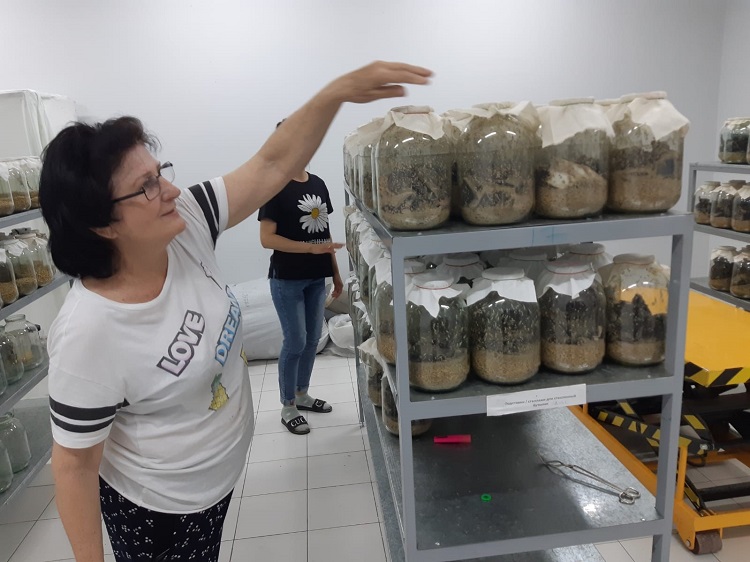 The visit was a fact-finding mission, which included delivering a high-level seminar to stakeholders on IPM. The visit came about after NRI was approached by a consultant working with the EU Commission in Uzbekistan who was keen to build up the area of IPM with the aim of helping Uzbekistan’s farmers to become more environmentally sustainable in their approach to crop protection.

IPM is concerned with the long-term prevention of pests using a combination of techniques such as biological control, habitat manipulation and the use of pest resistant crop varieties . NRI’s philosophy on pesticides is to use the chemicals, ‘as little as possible but as much as necessary’ to manage the pests.

Richard says that in some areas of Uzbekistan, the appetite for knowledge about IPM was “very encouraging…Uzbek farmers feel that they’re still working with the aftermath of the Soviet era and are keen to

acquire new knowledge. The people we trained were incredibly welcoming and hospitable, very open about areas they see as challenging and which they’re particularly keen to develop.”

To understand the current challenges faced by Uzbek farmers it is necessary to look back at the vast cotton production programme during the Soviet era. Over 2 million hectares of cotton fields were heavily irrigated from tributary rivers to the Aral Sea. In the 1960s the Aral Sea began to shrink; by 2014 it had almost dried up completely. This led to the loss of livelihoods and had a negative effect on the environment as the wind blew dried salt over neighbouring land, impacting agricultural production and human health.

Uzbekistan is now moving away from producing cotton, with farmers keen to diversify the way they use the land and water. Richard observes that “IPM is just one component of how forward-looking Uzbekistan is; the country is keen to develop and change and become more sustainable in its agricultural outlook.”

Both Richard and Hans were impressed with Uzbekistan’s Biological Control Agents _BCA - programme, which is advanced and flourishing. BCA is the overall term used for insect predators such as ladybirds that eat other insect pests, or parasitoids wasps, which live inside pests causing them to die. Richard says, “Uzbekistan has an amazing, possibly unique range of BCAs which are all endemic species.” Hans adds, “there are approximately 600 labs around the country producing parasitoids and predator BCAs (like ladybirds) for distribution to farmers and 90% are private sector. It’s a system that works well.”

Hans explains that the Uzbek government was losing money due to certain exports being rejected by the EU for having too-high pesticide residues. Raisins, dried nuts, fruit and herbs, all were found to be above the EU legal limit and were banned. He says: “they fear exporting to the EU because they know that their products may be contaminated. They export to countries in the region and the far east; countries that don’t carry out such stringent import checks.”

On his initial visit, Hans reported feeling some minor resistance from a few officials who thought he and Richard had come in for just two-weeks to solve all their problems. They both had to take a metaphorical step back and explain to the officials that they were there to work with them, not tell them what to do.

Hans recalls, “a couple of farmers told us they were already doing IPM and had been for years – but our impression was that it was a very stop-start, pesticide-heavy, intensive approach, with short lulls in the calendar spraying programme when they’d release the BCAs to eat the remaining pests. This was contrary to the version of IPM we are promoting, which is to introduce needs-based spraying. It doesn’t eliminate all pests, but you monitor the crop and then make an informed decision before you spray. We helped the farmers look at product choice; some pesticides have much less impact on the environment and natural enemies than others and don’t persist as long in the crop so it gives the cropping ecosystem time for recovery.”

Hans continues, “I got the distinct impression from some of the farmers that they wanted us to issue blanket instructions on what they should be doing. But we don’t work that way at NRI. Our job is to empower people to learn and make their own decisions. We used a poster jigsaw game that I developed with colleagues, it’s a picture of a winding road that goes from the season’s start, through to the realisation of good yields and food that’s safe to eat and sell. If you wander off the winding road there are various side roads that lead to a bad end.”

Hans and Manfred conducted a second visit to Tashkent in August 2022 to run a formal ‘training of trainers’ course in IPM. This was about an equal balance between technical skills content such as pest/natural 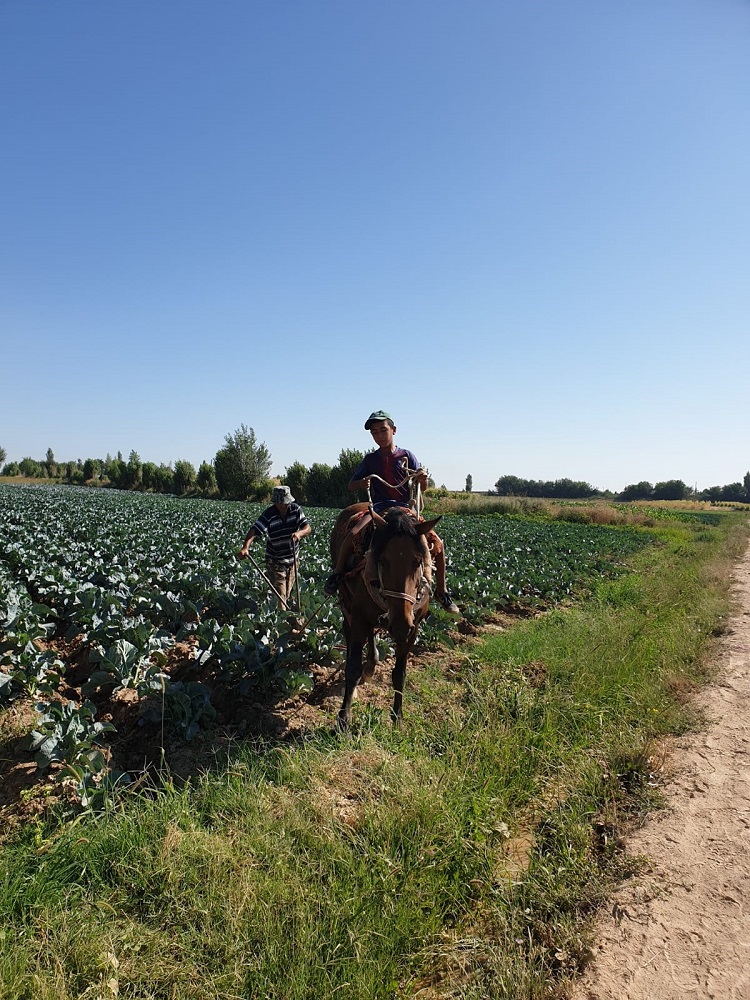 enemy identification and calibration of sprayers to achieve the correct dose, and training methods, materials and approaches to ensure that lasting behavioural change occurs.

As previously, farmers requested definitive answers and clear instructions. Hans says, “I had to explain that we don’t have the perfect answers for their problems in Uzbekistan, we don’t know exactly what complex mix of pests and natural enemies are out there, or how you grow cotton or how much to manage pests, but we’re here to provide that framework for you to develop protocols.”

To complete the training, the trainees were asked to give a 15-minute training session to the instructors. Hans explains, “they had to pretend that we were farmers, advisers or agronomists and they had to come with real materials prepared to show us to illustrate their training session. It was a real eye-opener, some of the quiet ones really shone, they were excellent, including a person who had been a bit critical. In fact, he was so good, we identified him as an outstanding National IPM trainer!”

NRI is contracted until the end of 2022 to provide mentoring support to the IPM trainers as they do their wider training, but other medium-term funding for 2023 is lacking. Hans and Richard are hoping that their proposal for a five-year project will gain traction and crucially, financial backers.

Both believe that the conflict in Ukraine has highlighted the importance of two things: one – just how much agricultural produce comes out of that region, and two, the importance of nurturing emerging relationships with the countries of the former Soviet Bloc.