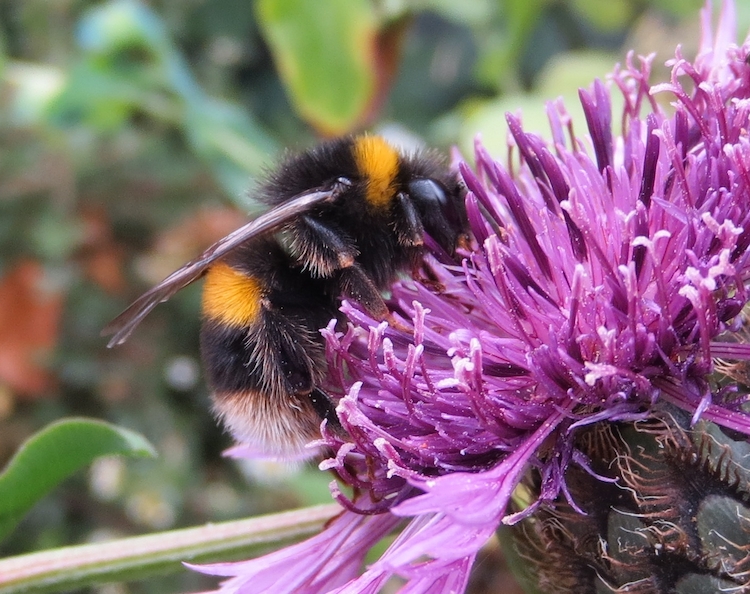 The negative effects of pesticides on bees and other pollinators have been in the news a lot recently, but new research from NRI shows that the picture is not so simple and that pressures on pollinators can come from a variety of sources.

Dr Sarah Arnold and colleagues Professors Phil Stevenson and Steve Belmain at NRI, along with collaborators at Instituto Nacional de Investigaciones Agropecuarias (INIAP) in Quito, Ecuador, have been exploring the relationships between the ecological roles of chemicals produced naturally by plants and pollinators that visit these plants.

"Many plants produce a wide range of toxins, which we know deter or are toxic to herbivores," explains Phil Stevenson. "What has not been examined in depth before is how these toxins may have implications for their major pollinators.

"Many of the toxins are present at a low level and therefore do not kill insects, such as bumblebees, outright. However, they can have sublethal effects that affect the whole colony if individual bees are collecting nectar or pollen from toxin-containing flowers and bringing it back to feed the brood."

The NRI team showed that lupanine, which is produced in leaves and seeds of lupins (a flowering plant in the legume family) to protect against insect attacks, is also present in the plant's pollen and so can be collected by pollinators. When bumblebee broods were fed with low levels of lupanine in their pollen, they were found to produce fewer males, and these individuals were smaller than males from the control broods.

Previous work by Phil Stevenson, who is also Professor of Plant Chemistry at Kew, revealed that caffeine present in coffee and citrus flowers improves the memories of honeybees, enabling them to seek out more of the same flowers each time they go to feed. "This is a whole new field of research which is widening our understanding of the interactions between plants and their pollinators," he explains.

Dr Sarah Arnold adds, "This work has implications in agriculture and horticulture more widely, as breeding plants to produce natural defensive chemicals is one possible alternative to pesticide use to reduce damage from insect pests. But we now need to consider whether crops containing natural toxins could cause negative effects for the pollinators they rely on when they are grown on a large scale. We need to find out much more about what roles plant chemicals play in pollinator behaviour and ecology. We're hoping that this work will be followed by many other studies that highlight the complexity of the threats faced by pollinators."