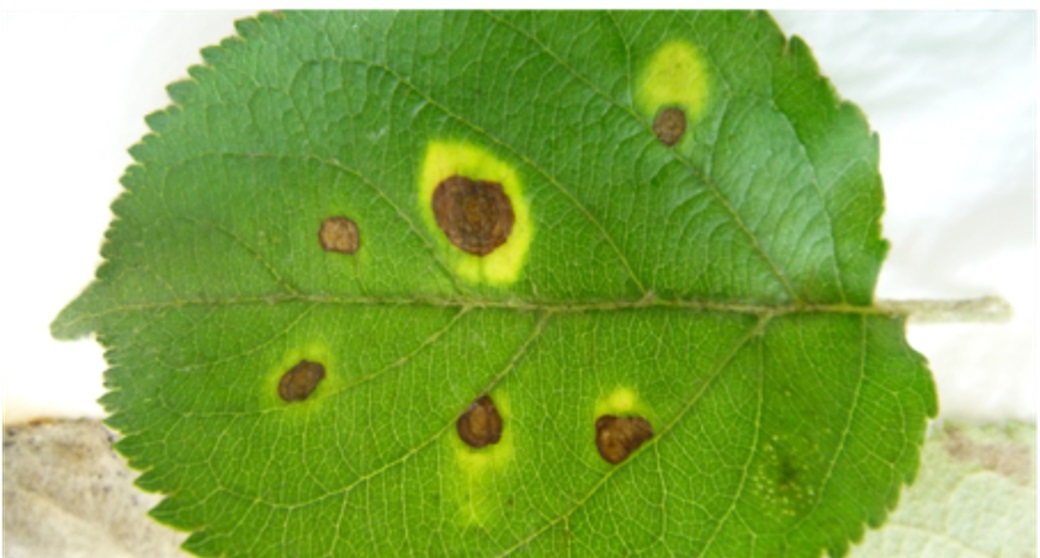 2020 was the International Year of Plant Health (IYPH), set up by the Food and Agriculture Organization (FAO) of the United Nations as a significant opportunity to celebrate the benefits of healthy plants. As some key initiatives were postponed because of the COVID-19 pandemic, the awareness-raising year was extended until summer 2021. This was when Ambrozy Boguslawski, Biochemistry undergraduate from Southampton University, undertook a Plant Health Undergraduate Studentship with NRI.

The Plant Health Undergraduate Studentships are run by the Royal Society of Biology, who worked together with plant scientists to create ten projects that address major plant health challenges identified by the UK’s Department for Environment, Food and Rural Affairs (Defra). Ambrozy’s project, entitled ‘Developing next generation diagnostics to prevent establishment of fungal pathogens in UK fruit crops’ was developed with NRI’s Dr Andrew Armitage, Senior Fellow of Bioinformatics, with expert advice on diagnostics for plant pathogens from NRI Research Fellow in plant virology, Dr Gonçalo Silva. This project targeted the priority area “detection of high-risk transboundary plant pathogens” and was sponsored by the British Society for Plant Pathology.

Plant pathology is the study of the causes of plant diseases, the mechanisms by which diseases develop in plants, and the ways plant diseases can be managed or controlled. “My research is interested in how fungi have evolved to cause disease on plants and how we can identify and control these fungi,” explains Dr Armitage.

The IYPH campaign involved raising awareness about the importance of plants; as well as producing 98% of the oxygen we breathe and removing more than one billion kg of air pollutants every year, plants make up 80% of the food we eat. Ambrozy’s experience with agriculture drove his interest in this particular project. He explains, “If you’re going to be tackling agriculture, looking at plant pathogens will be one of the most important things to look at. If it’s preventable, it’ll have a big impact on agriculture as a whole.” 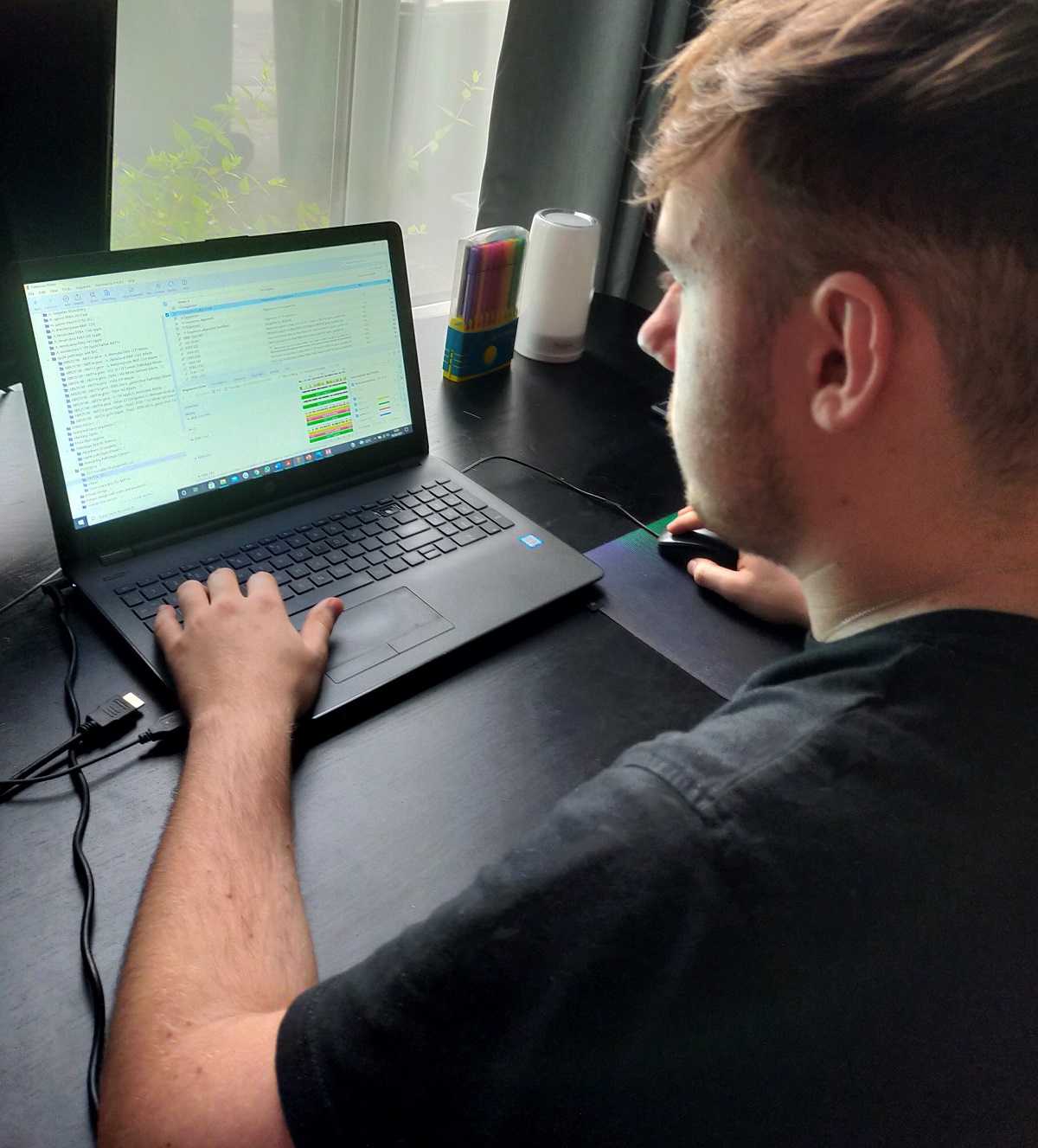 Ambrozy moved to the UK when he was eight, and is originally from near the city of Radom in central Poland, where his family is involved in agriculture – mostly focused on crops including wheat, potatoes, cherries, strawberries and apples. “I really wanted to do this studentship, because I feel like not many biochemists go on to do plant pathology, but I’ve always grown up in a very agricultural background,” he says. “My granddad still has lots of fields – I go out there sometimes during harvesting season and help out a little bit. I thought this studentship might be a great opportunity to do something associated with that, and to do something that I don’t usually do on my course.”

This first-hand experience of agriculture gave Ambrozy insight into working with crop diseases, which fed into his successful application for the studentship, where he wrote, “I’m aware that plant diseases are able to affect crops; my grandparents had a kind of mildew on wheat that was damaging yield. It made me realise how much food we’d be able to produce and contribute to less wasted space, through the prevention of disease.”

As well as delaying the studentships, the COVID-19 pandemic also meant that the format of Ambrozy’s project was modified. “We moved this from a lab-based project to a bioinformatics computer-based project, with Ambrozy working remotely in Southampton,” says Dr Armitage. This did not impact on Ambrozy’s performance, as Dr Armitage says, “Ambrozy did an excellent job engaging with the literature from day one. He did a great job over the ten weeks.”

Ambrozy explains more about his studentship, “Essentially the project was to develop a next generation diagnostics method for a plant pathogen, and this was only a proof-of-concept. The plant pathogen we’re concentrating on was Alternaria alternata and it affects many different fruit crops.”

Ambrozy’s project involved phylogenetics – the study of evolutionary relationships among biological entities, often species, individuals or genes. This involved analysing genome sequence data that had been generated by Dr Armitage in the NRI lab. “Ambrozy was developing new tools for diagnostics of plant diseases. He used the data to design tests. The next steps will be validation and testing in the field,” explains Dr Armitage.

Under the tutelage of Dr Silva, the project included designing ‘primers’ – short sequences of nucleotides (the basic building blocks of nucleic acids) that provide a starting point for DNA synthesis. “I tried to design an isothermal assay using a Recombinase Polymerase Amplification (RPA),” says Ambrozy. RPA is a single-tube, isothermal amplification method that is an alternative to polymerase chain reaction (PCR) – a method that is used to make millions of copies from small segments of DNA that are necessary for molecular analyses. RPA can use much simpler equipment than PCR and can be used as an on-site field diagnostic method. This was a first for Ambrozy: “I’d never really designed my own primers; I’ve had some theory in lectures, but never a practical approach like here where I’m actually designing a primer, not just learning the theory about how they work.”

Another important component of the studentship was bioinformatics – the science of analysing genome sequences and large amounts of biological data. “This was another reason why I chose this project in particular,” explains Ambrozy, “because I felt it had a really strong bioinformatics side to it. And this is something that I could potentially see myself going into in the future. I saw this as an opportunity to do some actual bioinformatics and it’s been great. I’ve been using some programs, including Geneious.” 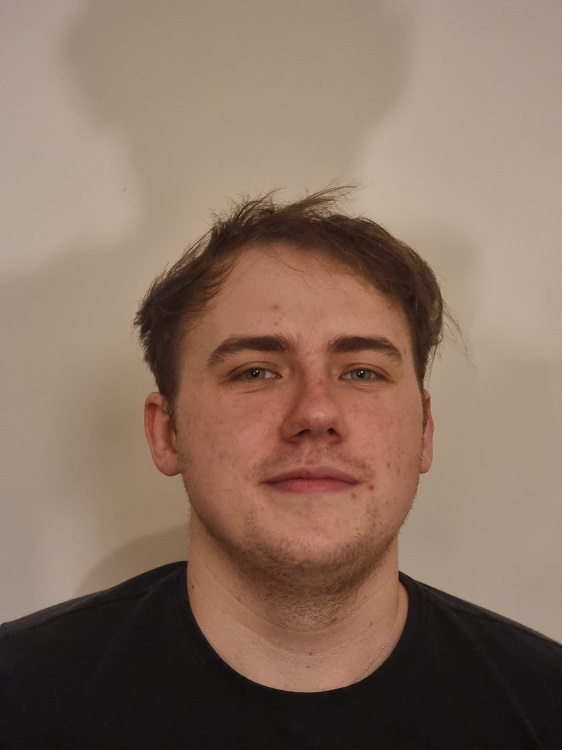 Ambrozy’s enthusiasm for the studentship project is clear as he explains further: “If I had to choose one concept that I really liked from doing the studentship, it is the presence of supernumerary or accessory chromosomes. They are essentially chromosomes that are present alongside core chromosomes in a cell. They’re not really important for the survival of the organism but they’re important for the production of certain toxins and for other advantageous proteins. I thought that was really cool, the fact that these chromosomes can potentially be not just inherited vertically, they can actually be moved between different cells at the same time, so you have one colony in one location and one colony in another location and they can potentially transmit these accessory chromosomes between one another. That was the coolest part of the studentship. The primers we designed for our diagnostics were all done on genes within these accessory chromosomes. That’s why they were so important to the whole project.”

As Ambrozy goes into the fourth year of his integrated Master’s, he finds the experience of the studentship, working alongside Dr Armitage, has opened up other new ideas: “Originally, I was planning to finish uni after my Master’s but I’m not sure, I’m kind of starting considering going further…maybe going for a PhD. But that is something that I will decide at the end of this year. I’m not sure yet if it’s right for me at this point. But it’s definitely made me consider it much more.”

Dr Armitage encourages any 2nd/3rd year undergraduate students to keep their eyes open for similar placements in the future, advising them to get in touch with researchers in fields that interest them and see what is available.