Forests and our future after COP26 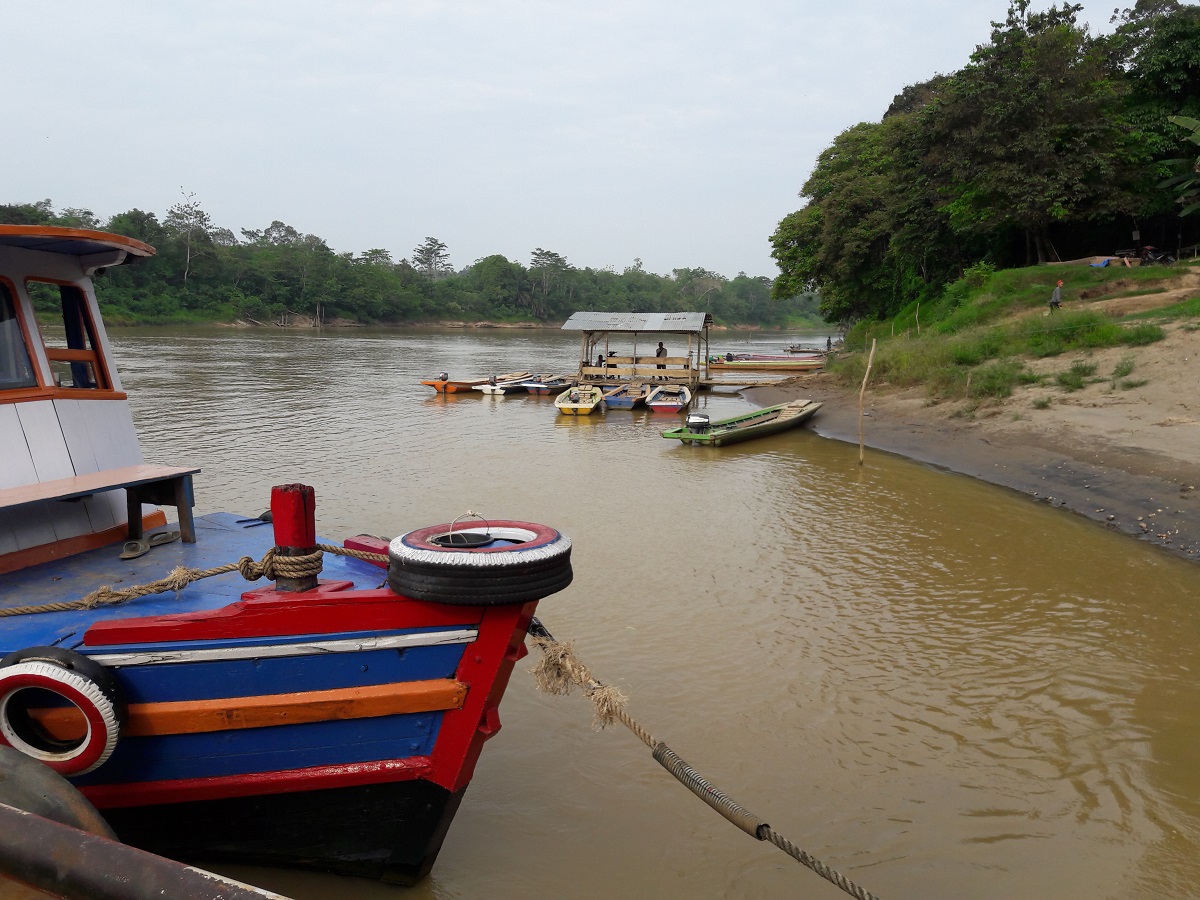 Forests are critically important – they encompass vast terrestrial biodiversity, they are culturally, spiritually, and economically significant to millions of communities and producers, and, because of their role as carbon sinks, their protection and restoration is central to any of humanity’s efforts to mitigate and adapt to climate change.

However, according to the FAO’s State of the World’s Forest Report for 2020, deforestation and forest degradation are continuing at alarming rates; since 1990, an estimated 420 million hectares of forest have been lost through conversion to other land uses, although the rate of deforestation has decreased over the past three decades [1]. Expansion of agriculture is the main driver. Between 2000 and 2010, large-scale agriculture, such as cattle ranching, soy, and oil palm plantations, has led to an estimated 40% of tropical deforestation with local subsistence agriculture representing 33% [2]. COP26 saw a greater emphasis on nature and forests than previous COPs, especially with respect to the role of agriculture and finance-related solutions. By Saturday 6th November – Nature and Land Use Day at COP26 – there had been a flurry of commitments, pledges and agreements signed by many countries. But the key question is: will the new agreements be any more effective than previous ones?

One such previous agreement, the 2014 New York Declaration on Forests, was a voluntary and non-binding agreement on deforestation. It aimed to halve deforestation by 2020 and to end it by 2030 – but key governments, such as Brazil and Russia – were missing, and deforestation has continued. While there is regional variation, in the Amazon region, for example, deforestation accelerated to a 12-year high in 2020. The rates have increased significantly under Brazil’s current government, which is actively promoting agriculture and mining. The Glasgow Leaders’ Declaration on Forests and Land Use, signed by 134 countries at COP26, represents a new global commitment to end land degradation and deforestation by 2030, covering 91% of forests globally. Restoration is also part of the agreement, and there is increased funding to protect the rights and livelihoods of Indigenous Peoples – who are gaining increased recognition globally as custodians of tropical forests. While it is encouraging that many countries have signed up, it is still not a legally binding agreement; this is problematic and undermines its potency. A key difference with this commitment is the level of parallel finance and corporate commitments which have been made, but to some extent the same question applies – will these commitments be followed by concrete action, and is that action effective for both forests and for human rights and sovereignty issues?

More companies are launching biodiversity policies and plan to develop Science-Based Targets (an initiative to drive climate action in the private sector by enabling companies to set science-based emissions reduction targets). 33 financial institutions, including AXA and Aviva, with US $8.7 trillion assets under management (AUM), have committed to stop financing deforestation driven by agricultural commodities by 2025, covering beef, palm oil, soy, leather, pulp, and paper. Again, the question is: will such voluntary commitments be implemented and what happens to the companies around the world which are not yet making any such commitments?

Large amounts of finance continue to flow from global banks and investors to companies linked to deforestation. Other finance institutions must also be required to act; a 2021 report from Global Witness argues that US $157 billion has been invested into agribusiness companies linked to tropical deforestation and associated human rights abuses and points to gaps in policies of many banks still claiming to be zero deforestation organisations. The UK’s COP26 Unit stated that, since 2010, forty times more finance has flowed into degenerative practices compared with that supporting conservation, restoration, and sustainable agriculture. The lesson is that binding agreements are desperately needed to mainstream concrete action, combined with major investments for capacity strengthening and implementation.

A proposal for a more binding legal approach has just come from the EU, with the outline of a draft law requiring companies to prove that agricultural commodities imported into EU markets are not linked to deforestation, and covering products associated with legal and illegal deforestation. This is a major step forward, but efforts will be needed to mobilize such requirements in other markets, otherwise there are risks that suppliers will move to other end markets. Further, the EU legal proposals have important exclusions (rubber, fragile ecosystems such as the cerrado savannah of Brazil affected by soy production production). Smallholder production is not addressed, but is key to tackling deforestation, given the major role of smallholders in many ‘forest risk’ commodities, such as cocoa and palm oil. Effective implementation will require partnerships with producer countries, monitoring, and investment in smallholder organisations. Further, the financial and banking sectors are not included, yet their decision making is crucially important and needs to change. In the UK, mandatory due diligence currently proposes to cover only products linked to illegal deforestation, but this misses large volumes of products associated with legal deforestation.

At NRI, we will continue to track such developments, scrutinising them in terms of their effectiveness and their development implications, and conducting research on corporate accountability, responsible business, and regenerative approaches. See more in NRI’s Sustainable Trade and Responsible Business programme.

For decades, NRI researchers have been exploring tropical forest ecologies, politics, and cultures, researching and engaging on different aspects of forests, land use, land rights and indigenous peoples. Since 2017, Professor Valerie Nelson has been conducting evaluation-for-learning on a UK Government flagship programme – Partnerships for Forests. This programme seeks to catalyse investments in sustainable land use and forestry, creating forest partnerships, market demand measures and seeking to influence policies. At COP26, DEFRA – the UK Government’s Department for Environment, Food and Rural Affairs – announced a second phase of this programme. Evaluation studies in Indonesia, Brazil and Colombia have generated findings on the effectiveness of the interventions, with findings fed back to the programme during implementation and to inform future programmes. The studies have highlighted the need for attention to issues of equity, smallholder incorporation, gender, influencing policy through social learning processes, improving monitoring and evaluation systems and ways to assess transformative change potential and achievements. The latter report on transformative change has informed UK government thinking, highlighting the need for combinations of interventions across production/extraction, trade, investment, governance and consumption aspects of the food and agriculture system.

Current NRI research is comparing market-oriented landscape approaches and more regenerative, biocultural ones, considering the complex trade-offs involved in terms of environmental and social outcomes. Market-oriented approaches can potentially unlock funding by involving large-scale companies and investors, helping to achieve landscape-level shifts in forest and biodiversity conservation. They may also generate benefits for local people and provide assurance to consumers and importer governments. But the distribution of benefits and costs are often uneven; procedurally there are deficits in terms of representation and voice for local and indigenous communities, and broader risks of undermining the sovereignty of local communities over economic development trajectories. Territorial landscape approaches – which recognize the colonial and post-colonial exploitations of the past linked to on-going discriminations and inequalities – can be compounded by unfavourable or weakly implemented national policies and irresponsible corporate investments leading to biodiversity losses and human rights abuses.

Our research agenda covers the potential synergies of regenerative development approaches, which centre on biodiversity and cultural heritage, including spiritual connections to landscapes, forests and nature and are more locally driven and owned, including ownership of relevant enterprises. Their relative effectiveness in terms of food and nutrition security, as well as securing conservation and longer-term sovereignty and human rights should be assessed. Achieving sustainable or regenerative landscapes can be fiendishly difficult, especially in contexts where land disputes are already intense and vested interests are significant. Militarization, insecurity, and violent attacks on environmental defenders in tropical forest regions are on the rise [3]. One media report indicates that a violent attack occurred in the village of a land defender from Pará in Brazil, while she attended the Glasgow talks [4].

Engaging and supporting community and Indigenous Peoples’ social movements, especially land rights networks and coalitions, is key to peaceful forest futures and to effective conservation and livelihoods. More investment is needed to secure community land rights, promote Indigenous Peoples’ and local communities’ voices in local economic development processes and prevent harm from large-scale agricultural investments. Equally important are measures to change the rules of the game, i.e. fundamental changes in the political economy of food and agricultural systems, such as the passing of global laws to prevent products linked to deforestation (illegal and legal) from being traded [5] in EU and UK markets. Likewise, more radical measures are key, such as changing laws on corporate governance, adopting regulations to prevent monopolies, integrating biodiversity concerns and human rights issues into trade deals, and changing rules governing investment decision-making.

[1] https://www.fao.org/state-of-forests/en/
[2] ibid
[3] Murders of environment and land defenders hit record high | Climate crisis | The Guardian
[4] Armed attack on Brazilian Amazon community while delegate at Cop26 | Brazil | The Guardian
[5] The EC is innovating again; it has been planning a new law to prevent illegal and legal forest products linked to deforestation from being sold in its markets, but there is resistance to this from trade officials to narrow the law to only illegal products, as is planned by the UK government.