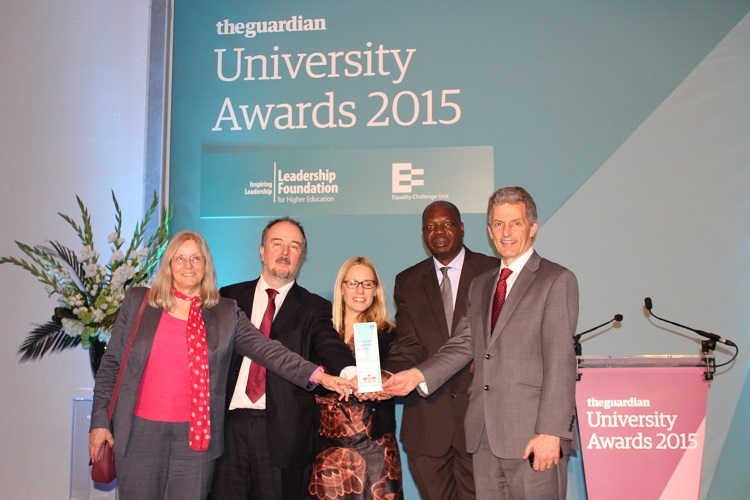 NRI was awarded the ‘Research Impact’ prize at the Third Annual Guardian University Awards ceremony in London on the evening of 18th March.

The Guardian University Awards aim to showcase world-class teaching, research, leadership and engagement within higher education. The ‘Research Impact’ prize is awarded to a project that engages and inspires students, staff and the public, and demonstrates a meaningful impact in its field.

The winning project known as C:AVA (Cassava: Adding Value for Africa) sees researchers at NRI helping farmers out of poverty by developing a highly marketable product – High Quality Cassava Flour (HQCF) – and nurturing a new industry to produce, process and use the flour. 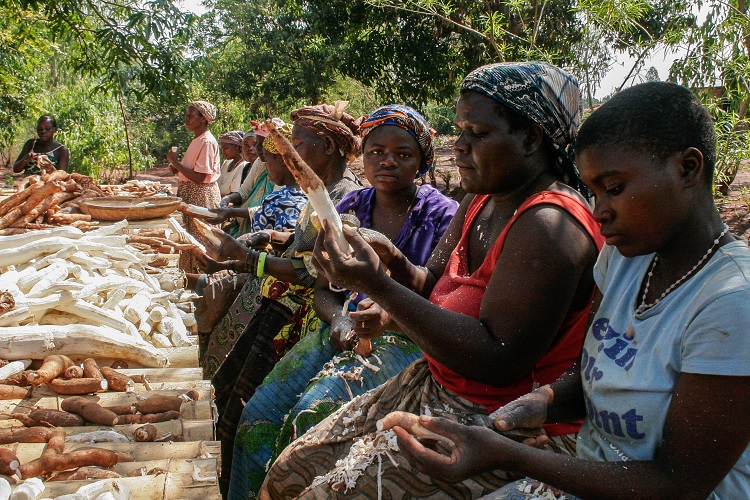 This award sees both the C:AVA project and cassava stepping into the limelight. Cassava is a starchy root crop that is the staple diet for more than 400 million people in sub-Saharan Africa. The C:AVA project, supported by the Bill & Melinda Gates Foundation, strengthens the capacity of national and local organisations and individuals to transform perishable cassava roots into a high-quality flour that has multiple uses, including the replacement of imported wheat flour or cornstarch.

C:AVA is a collaboration between NRI and a wide range of organisations in Ghana, Malawi, Nigeria, Tanzania and Uganda. These include leading universities and research institutes, private sector companies, non-governmental organisations, financial institutions and government departments. 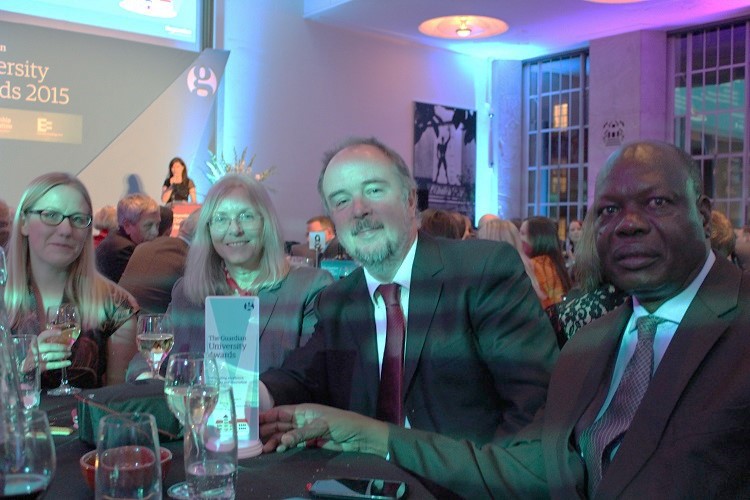 NRI’s Adrienne Martin, part of the C:AVA team collecting the award says, “At NRI we are excited to receive an award that recognises impact from a project which has developed complex value chains involving smallholder farmers. Together with our partners, we have reached the successful completion of the first phase of the project, when leadership was passed to Nigeria’s Federal University of Agriculture at Abeokuta (FUNAAB) for the second phase. This shows strong collaboration with African institutions transforming into dynamic leadership."

The initiative has so far supported over 90,000 farming families, 300 village processing groups and more than 50 enterprises, who last year contributed to the production of 24,000 tonnes of HQCF.

The second phase of the project, C:AVA II, follows the path laid down during the first phase, with partners continuing to promote the use of HQCF as a versatile raw material helping transform the livelihoods of more farmers across five African countries.