Fairtrade benefits in the complex world of sustainable development 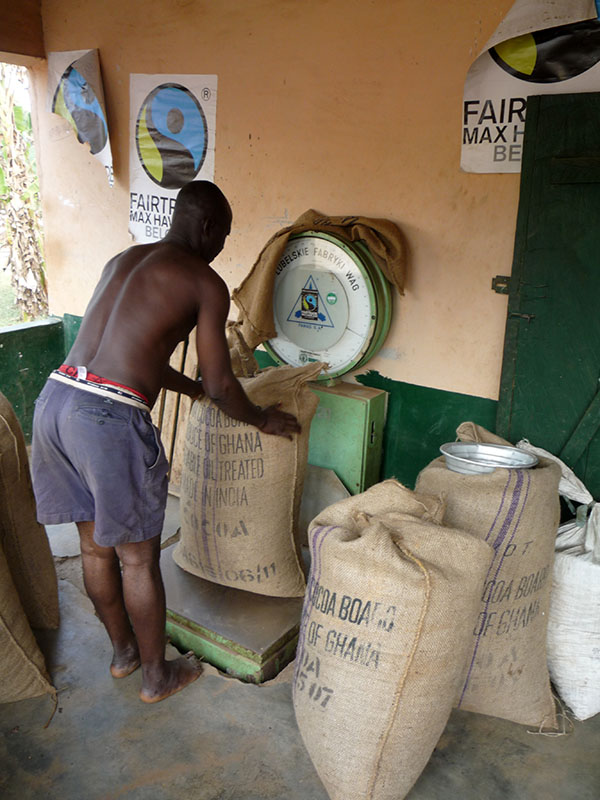 A new research report by a team from SOAS (School of Oriental and African Studies) has received significant press attention in recent days. We welcome this study as a valuable contribution to the overall study of Fairtrade impact. However, to take this report in isolation in judging the difference Fairtrade makes does not provide a balanced assessment. For example, the report covers just two countries when Fairtrade currently certifies organisations in 70 countries across a range of different commodities.

No individual study can adequately reflect the positive impacts and shortcomings of the whole Fairtrade network. There are many studies that assess the difference Fairtrade makes and how it works, which are not adequately recognized. This is an active area of debate in academia and many of the issues raised in the SOAS report have already been discussed and explored by researchers. The NRI team researching Fairtrade has argued for some time that the real picture is highly complex and context-dependent. It is a challenge to effectively communicate this complexity for the mainstream media.

One of our own studies, commissioned by the UK Department for International Development, assessed the poverty impact of Fairtrade and Rainforest Alliance in two commodities (tea and cocoa) in four countries. Our study concluded that Fairtrade and other sustainability standards cannot necessarily tackle poverty on their own, because the scale of the challenges is usually just too great. But they can make an important contribution to tackling poverty on a number of levels – not just the individual farmer or worker level. Fairtrade constantly reviews its standards based on feedback from its own studies and independent evaluations such as those conducted by SOAS and NRI. Fairtrade has already revised its Standards for workers on plantations and is actively working to put living wages on the agenda in global value chains.

We recognize the pioneering role of Fairtrade in being the first to put sustainability on the agenda in agricultural trade and helping to keep it there by drawing attention to ethical and environmental issues. Fairtrade has done a great deal since its inception to raise awareness amongst consumers about where their products come from, by whom they are produced and under what conditions. Moreover, Fairtrade is also in the process of building networks of smallholder producers in Africa, Latin America and Asia, which have the potential to enable producers and workers to have a voice in national policy processes.

In some cases producer groups cannot sell all of their produce on Fairtrade terms, because the market demand may not be there. One of the ways that Fairtrade can scale up impact for labourers, farmers and sharecroppers is by increasing sales – and this means consumers should continue to buy Fairtrade products. But – and this is crucial - Fairtrade also needs to increase collaboration in producing countries with other partners to scale up impact and to pressure for changes in the policy environment.

Agricultural development requires support and urgent action – and Fairtrade and other standards have an important role to play, particularly given the opportunities in emerging markets and for sustainable procurement, which could enable the sustainability standards to scale up their impact.   Fairtrade and other voluntary sustainability standards have expanded very rapidly in recent years, but for many producer organizations Fairtrade sales are still a minority of their income. Therefore it is a question for future research as to if and when they do achieve greater reach, will there be more synergies and more impact? Various studies focussed on Kenyan tea indicate that this could be happening.

Fairtrade and other sustainability standards should indeed improve their impact, but with our support, not without it. Fairtrade has already done a great deal to improve its own monitoring and evaluation systems and has already started making changes to tackle the issue of hired labour on smallholder farms – an issue raised by researchers some time ago.

However, it is important that the claims of all voluntary sustainability standards do not exceed their actual impacts. A study of economic and environmental characteristics of sustainably certified coffee farms in Nicaragua [http://practicalaction.metapress.com/content/e8361458952731p7] found that certified farmers, including Fairtrade farms, received higher prices and provided more environmental benefits than uncertified farms, but also that these farms had higher costs. The Fairtrade movement should go further in explaining the complexities of real world development processes to its supporters and the range of measures needed to make trade and development more equitable. This is, however, a tough ask given the tendency to simplification of research messages in the media.

Consumers should continue to buy Fairtrade products and those certified to other sustainability standards. However, they should act as citizens as well, by seeking to understand development processes better and by pressuring not just Fairtrade, but even more importantly companies and governments to do more to effectively tackle poverty and to achieve sustainable rural transitions of benefit to all segments of rural society as well as protecting the environment for all our sakes.