Tales of a travelling scientist in Africa in the 1970s 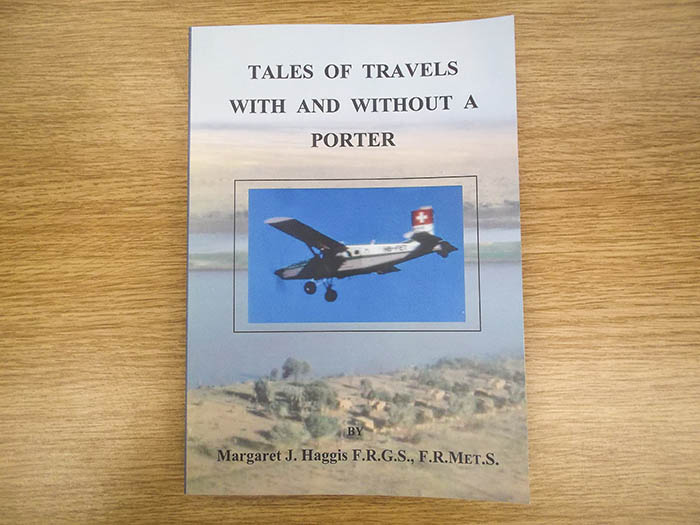 Margaret Haggis, a former employee of the Natural Resources Institute (NRI), has recently published a fascinating book called 'Tales of travels with and without a porter' based on her diary and field note entries assembled during her fieldwork in the 1970s, in Africa and Canada.

Margaret joined the Anti-Locust Research Centre (A-LRC) in the late 1950s as a Biogeographer, working on aspects of windborne migration and dispersal of insects, and remained there until 1996. By then A-LRC had become part of NRI, via the Centre for Overseas Pest Research.

The book is not only a record of her undertaking fieldwork in the days before e-mail and mobile phones, it also provides a short history of developments in our understanding of the relationship between insect movements and weather, and the use of radar systems to investigate them.

With over 100 colour illustrations, the book takes the arm-chair traveller around early post-colonial Kenya, Uganda, Sudan and Ethiopia. Margaret provides enough detail about the science to explain why she was in Africa, but her story is about the people she worked with, and the adventures they all had when off-duty.

Margaret begins: "I started work wanting to do something with maps, never dreaming of what it would lead to. Inevitably, over the years the job changed and through various twists of internal politics, I found myself working in some amazing places with some amazing people doing some amazing things."

As a memoir of a scientist's experience, this is a valuable account: many of the key players in this story will be known to NRI colleagues, whether or not they are familiar with the subject material in depth. As for the 'Porter', you will have to read the book to find out what this is!

Dr Peter Burt has copies of the book available for sale (£17.00 each).