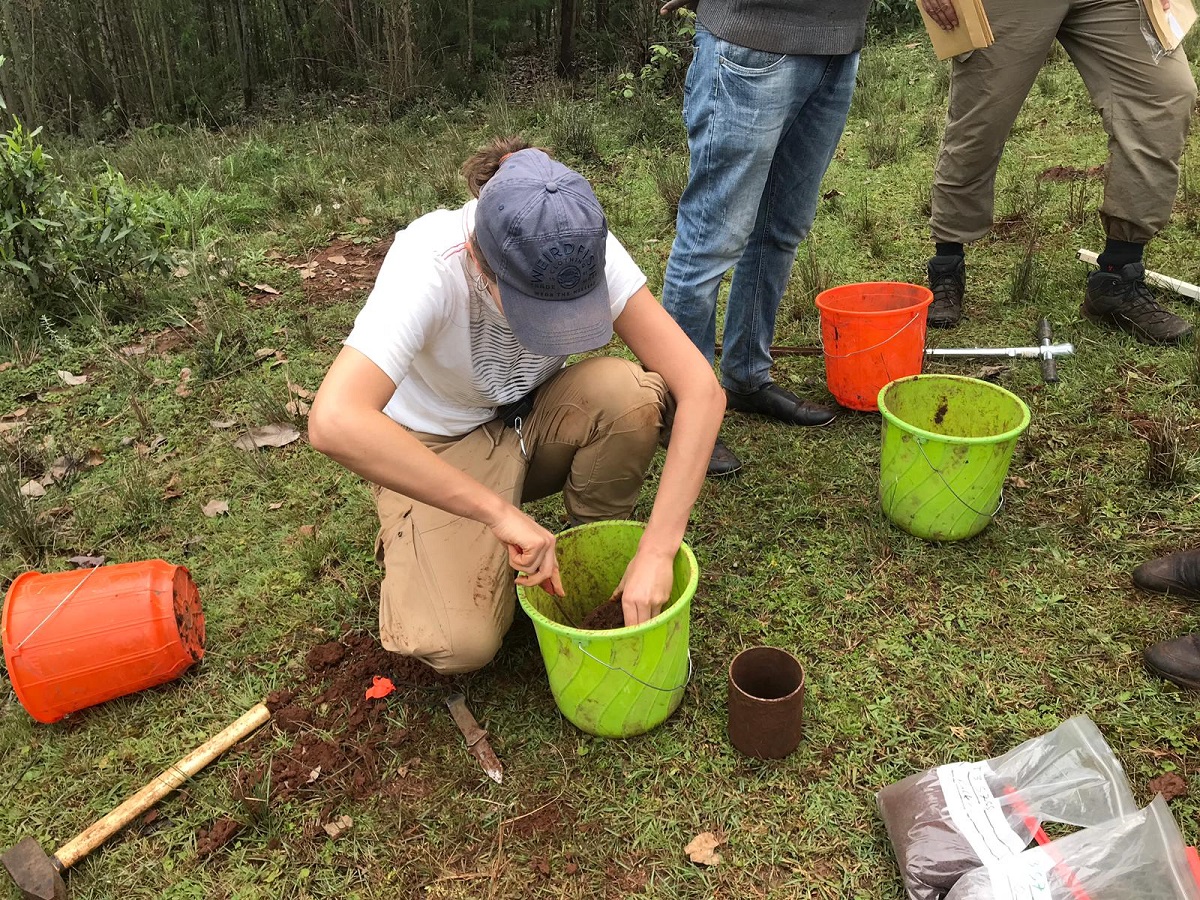 Soil is the foundation of life on Earth. For agriculture, food systems and natural resources, soil provides a range of essential ecosystem services, and its quality or ‘health’ is central to sustainable agriculture and food production.

Though soil has been considered an inert support primarily for crop production, particularly among ‘Western’ natural science traditions, soil science research has broadened in recent years, with topics covering soil’s diverse range of properties, from carbon sequestration to microbial communities and its 3-dimensional structure. There is also an established and growing body of interdisciplinary research among soil science, the social sciences and humanities examining human-environment relationships, which is increasingly recognising and valuing indigenous knowledge [1,2,3]. However, despite the growth of interdisciplinary research in this area, there is a significant gap in understanding the role of gender and gender inequality in the context of soil health [4,5].

Philosopher and feminist activist, Simone de Beauvoir [6], related the omission of gender in science, and in society more broadly, to the ‘male norm’ or ‘male default’. In the context of soil management research, a male default may occur when only men are asked about their management practices, only male farmers’ fields are visited, or only male extensionists are consulted. This gender bias is widespread in the field of agriculture and is often the result of unconscious bias, as agriculture has been considered a male domain in many societies, including in the UK. This has resulted in the contribution of women becoming invisible, and thus, according to de Beauvoir, becoming a derivation or ‘the other’.

For decades, feminist scholars and activists have challenged the use of the male default, demonstrating the political, analytical, and empirical value of using a gendered lens in research and development. Doss et al. [7] suggest there is still a profound lack of reliable gender data in relation to agriculture.

This data gap is particularly noticeable in relation to soil health, as shown in a recent review of soil health literature which found very few articles using a gendered lens [4]. Even in research which does include a ‘gender’ approach, the research methods are unclear as to what this approach means in terms of research design and analysis [4].

We must ask the question ‘does gender matter for soil health?’ The short answer is yes, though the important relationships between gender and soil health are seldom recognised [4, 5]. One such relationship is between soil management and gender. Gender differences in access to resources, information and decision making between men and women, linked to punitive gender norms, can impact on soil management practices and the ability to produce food and cope with climate change. But how important are soil management practices when in some contexts, women are allocated poorer-quality lands in the first place? There are myriad factors and interconnections between gender and soil health, though research evidence is sparse and random.

The data gap also reflects the challenge of analysing gender in relation to soil health, which is linked to the further challenge of isolating gender differences in relation to land use by multiple family and non-family members in most farming systems. It could also point toward how researchers understand whose labour or decision-making authority contributes to soil management-related outcomes. The fact that gender issues are not well understood in relation to soil research may be the result of gender bias, female ‘otherness’ or that it is indeed thought to be gender neutral. It is also related to the challenge of unravelling complex social-ecological and political economy processes from the field to the landscape level.

Greater partnership between soil scientists and gender researchers can help address this gap, and using gender-responsive methodologies that aim to include the perspectives and experiences of women is key. As evidenced in decades of development experience, proper consideration of gender and other factors of social difference in understanding the drivers and barriers to soil health will be crucial to ensuring the health of our soils.

*Guadalupe Roberti is a recent graduate from the MSc in Agriculture and Sustainable Development at the Natural Resources Institute, University of Greenwich