Rejoice Wadiam Papka was just 18 years old when Islamist terrorists from Boko Haram wreaked havoc on the area of north-east Nigeria that she called home. The violence and residual fear she experienced, influenced her career choices leading to PhD research at NRI and made Rejoice determined to study climate change, peace and prosperity in a bid to bring lasting change to Nigeria and rehabilitate her people. Rejoice takes up the story. 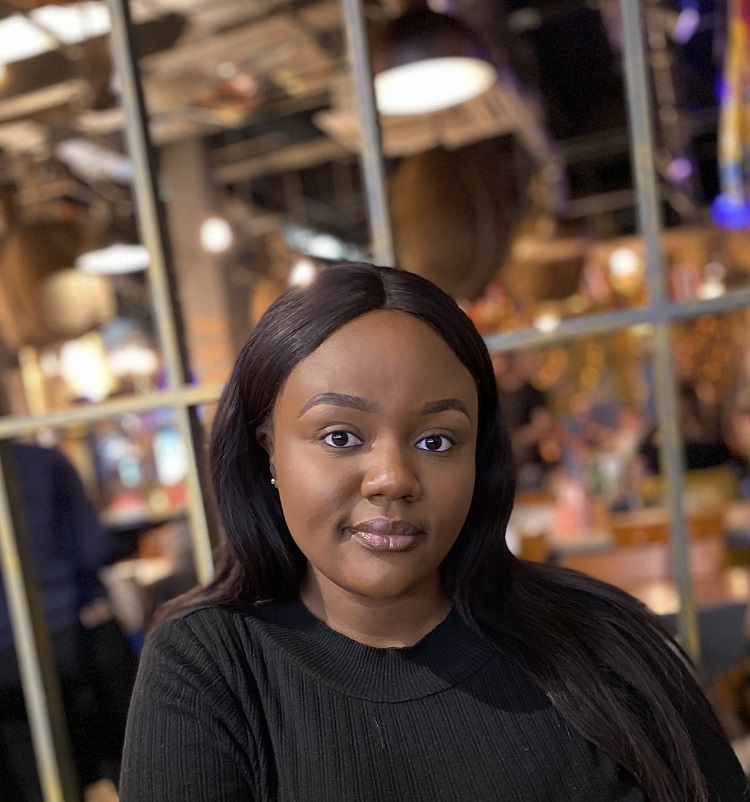 I was raised in Abuja, the capital of Nigeria, but I am originally from Borno State in the north-east of the country. Borno is a beautiful area with a rich and diverse culture, full of arable farmland and surrounded by mountains and caves. Ironically, it’s known as the ‘home of peace’, but that all changed in 2014.

Prior to Boko Haram’s attack, my family spent a lot of our Christmas holidays in our community called Askira/Uba. Our leisure activities involved fishing in the lakes, taking road trips to neighbouring villages and climbing the mountains to gaze at the incredible views.

On 14th July 2014, my village, Dille, was invaded by Boko Haram and things changed forever.

I was at home with my parents in Abuja and we got a call and were told to pray for the people. I heard my mother suddenly cry out and she said, ‘they’ve killed your uncle’. My father, whose brother it was, dropped to the floor in shock, and wept. This was the first 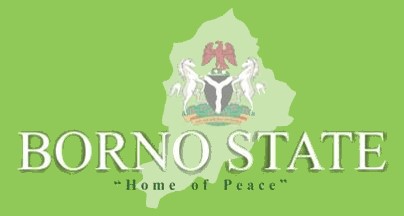 time I had seen my father cry and it’s a moment I will never forget.

I had an aunty who witnessed the whole thing. While other people ran from their houses to find safety, she stayed and hid behind a large drum, watching as Boko Haram slaughtered anyone they could find.

My homeland, my place of peace and tranquility had gone. Earlier in April 2014, Boko Haram had invaded a school in Chibok, not far from my local government area, Askira/Uba, and had abducted 276 schoolgirls. The act shocked the world, but our fears that we might be next went unacknowledged by the authorities.

Every Christmas we used to go home; it was our tradition. I used to see the mountains and the caves as tourist attractions, but they now represented the place where the terrified locals had fled to escape the slaughter. It was no longer a place of safety and I could not visit.

When the attack happened, I was studying for my BSc in Policy and Strategic Studies at Covenant University in Nigeria; I wanted to eventually work in the development sector. I’d been inspired by my father who was a civil servant and who did a lot of community and development work. The terror attack had such a huge impact on me that I decided to go into advocacy work and try to influence policy decisions. 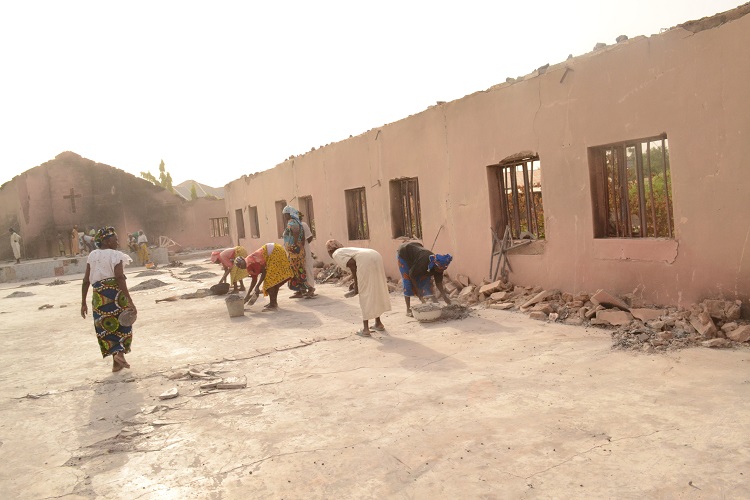 I volunteered through NGOs and tried to learn how policy decisions were influenced. I then took an MSc in Strategic Studies and Management at the University of Aberdeen which led to a job in an agricultural business that focused on turning staple foods into snacks. I continued to volunteer for non-profit organisations as I was eager to drive social change.

I realised that while the terrible events in Chibok were infamous, not many people knew what had happened in other communities close to Chibok. This fuelled my determination to amplify the stories of the unheard while advocating for feasible interventions in those communities.

I saw the advert for the PhD at NRI that Dr Uche Okpara had placed, and my heart leapt. I found the courage to apply. A few seconds before clicking the ‘submit’ button, a deep part of me knew it was exactly what I needed to do. I went through two stages of interviews, and I recall when sharing my Boko Haram story, I shed tears as it was a subject I always avoided speaking about. I became successful after the assessments, and I began my PhD in July 2022.

My thesis is entitled ‘Building empirical evidence on connected climate, peace and prosperity for regional stabilisation in the Lake Chad region using a socioecological systems approach.’
The aim of this study is to establish new evidence on how climate, peace and prosperity are connected, by using frameworks which focus on the interlinkages between social and ecological systems. This will deepen understanding of how interlinked nature-society systems across the Lake Chad region are both positively and negatively impacted by institutions, livelihood arrangements, conflict dynamics, climate and the environment.

This knowledge can inform and guide decision-makers in refocusing development and regional stabilisation strategies, as well as inform the co-creation by decision makers, local communities and partners, of pathways towards prosperity and peace. Among the interesting things I will be doing is to document the individual experiences of the people living in that region, as well as the ways in which countries, development actors and decision makers who are concerned about the development challenges in the region, collaborate around data and evidence sharing for regional stabilisation.

To deal with Boko Haram and violence requires us to understand the root causes, dynamics and challenges of instability. How and why did Boko Haram begin? Although poverty is one of the driving factors behind many terrorist groups like this, it could be argued that a combination of factors such as marginalisation and the absence of quality education and sustainable livelihoods have fuelled the radicalisation and recruitment of individuals into terrorist groups. Members of terrorist groups in the region include not just Nigerians, but people from Chad, Cameroon and Niger. Many of them are drawn together by poverty, grievances and extremist ideologies.

Eradicating poverty requires capacity building – which is the process of developing and strengthening the skills, instincts, abilities, processes etc that organisations and communities need to 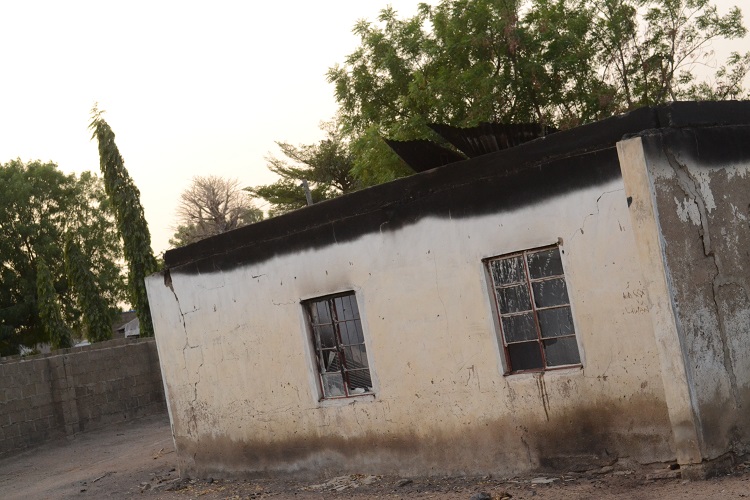 thrive in the modern world. This will foster human capital development and encourage more and better investments in people for greater equity and economic growth - which in turn can spur economic growth across the Lake Chad region.

Currently, my community in the north is solely reliant on agriculture, but the diversification and provision of non-agricultural livelihoods with support from the government, could contribute to conflict prevention and peace. Other proactive approaches to tackling violence and strengthening security measures at the local level across the region include citizens-led community reconstruction, environmental stewardship and livelihood rehabilitation actions.

A terrible legacy of insecurity in the region is that local farmers now operate under curfew. They used to go out to the fields at 6am and finish around 6pm; now they are required to start at 9am and finish at 2pm for their own safety, in case Boko Haram come back. Their agricultural land is now further away too, as Boko Haram destroyed their fields. This has restricted normal life and has had a negative impact on food production.

I see a future for myself in Nigeria and one of the things I’d like to do is to run an NGO focused on rehabilitation for my people who’ve been affected by activities of the terrorists. A lot of people are still living in fear and uncertainty because mistrust still exists between the people and the government. I’d like to turn that into hope.

Being part of NRI and the UKRI-funded Prosperity and Peace Pathways project is paving the way for me to push for change. With the help of people like Dr Uche Okpara who has worked extensively in my region, I’m making other important contacts and collaborating widely. NRI has a long and important legacy in Africa and I’m proud to now be a part of that.

Study for a PhD at NRI