A momentous agreement has been signed by more than 200 countries in Montreal at COP15 after several years of negotiations. The Kunming-Montreal Global biodiversity framework responds to the alarming continued loss of biodiversity and the threat this represents for nature, and human wellbeing. It is particularly welcome that the new framework sustains the pledge to conserve and manage 30% of the world’s land and marine areas by 2030.

23 targets are set out on the agreement which aims to tackle the nature emergency. The key commitments range from maintaining, enhancing, and restoring ecosystems, to the sustainable use of biodiversity and ensuring that the benefits of resources from nature are equitably shared, and to finance these measures.

For example, Target 18 includes commitments ‘to eliminate, phase out or reform incentives, including subsidies, harmful for biodiversity, in a proportionate, just, fair, effective and equitable way, while substantially and progressively reducing them by at least USD500 billion per year by 2030, starting with the most harmful incentives, and scale up positive incentives for the conservation and sustainable use of biodiversity.’ 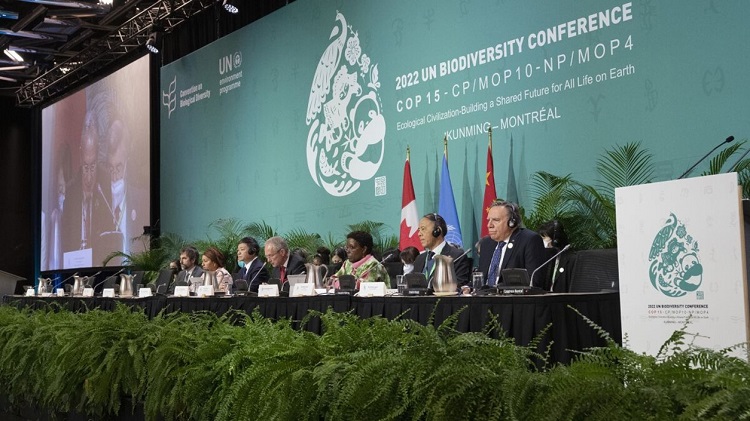 NRI particularly welcomes the central recognition of the rights and roles of Indigenous Peoples and Local Communities (IPLCs) in the agreement, as they are ‘custodians of biodiversity and partners in conservation, restoration and sustainable use’, and aligned with international laws such as the UN Declaration on the Rights of Indigenous Peoples, plus human rights law.

The target that dominated the biodiversity summit (Target 3, protecting 30% of lands and seas by 2030) now explicitly includes “Indigenous and traditional territories” as a third pathway for recognition beyond protected areas and other effective area-based conservation measures (OECMs). Indigenous and traditional territories are the longest standing, proven pathways for living in balance with Mother Earth, surpassing conservation outcomes of modern protected areas and OECMs. Recognising their integrity and distinct nature is critical for the achievement of Target 3.

The importance of equity in relation to benefit sharing from nature is also part of the new framework. For example, Target 9 is a commitment to ‘Ensure that the management and use of wild species are sustainable, thereby providing social, economic and environmental benefits for people, especially those in vulnerable situations and those most dependent on biodiversity, including through sustainable biodiversity-based activities, products and services that enhance biodiversity, and protecting and encouraging customary sustainable use by indigenous peoples and local communities.’

Importantly, under Target 19, the role of collective actions, including by IPLCs in ‘Mother Earth centric actions and non-market-based approaches’ is included, which is significant, given the 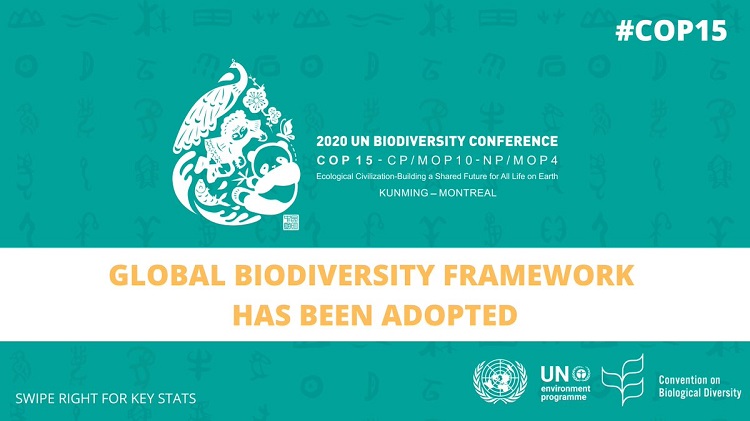 market-based focus of many biodiversity initiatives. This builds on the IPBES Values Assessment of 2022 which has called for greater market values to be mitigated, and for other values to be amplified in relation to biodiversity policies and initiatives, such as Indigenous cosmologies.

Implementation will, however, be key and there are many reasons for caution given the track record of governments to deliver on previous biodiversity agreements; the new agreement relies upon voluntary country reporting to national biodiversity strategies and action plans for example, and much depends on the effectiveness of different policies and programmes and of finance being delivered. It is notable that several African countries indicated that the funding commitments were wholly inadequate. Obtaining the agreement has been an important first step, and it is now urgent that equitable, rights-based approaches policies and programmes are effectively implemented, and adequate levels of finance generated to stem the sixth mass extinction.

NRI is highly committed to work on tackling biodiversity losses and to catalysing equitable nature futures. We have a longstanding, and growing body of work in this area, conducted under the Ecosystem Services Research Group and the Political Ecology and Culture Research Group, in which we are seeking to work with our international partners to achieve positive change. Examples of our currently diverse areas of activity include action research projects on biodiversity, Indigenous Peoples and Local Communities, equity and landscapes.

NRI staff also engage in policy processes via the Intergovernmental Science-Policy Platform on Biodiversity and Ecosystem Services (IPBES) assessments, including the Transformative Change Assessment (2022-24), the Global Hub on Indigenous Peoples’ Food Systems and are active members of the International Land Coalition.

The text of the agreement can be found here:

RECOMMENDATION ADOPTED BY THE WORKING GROUP ON THE POST-2020 GLOBAL BIODIVERSITY FRAMEWORK (cbd.int)