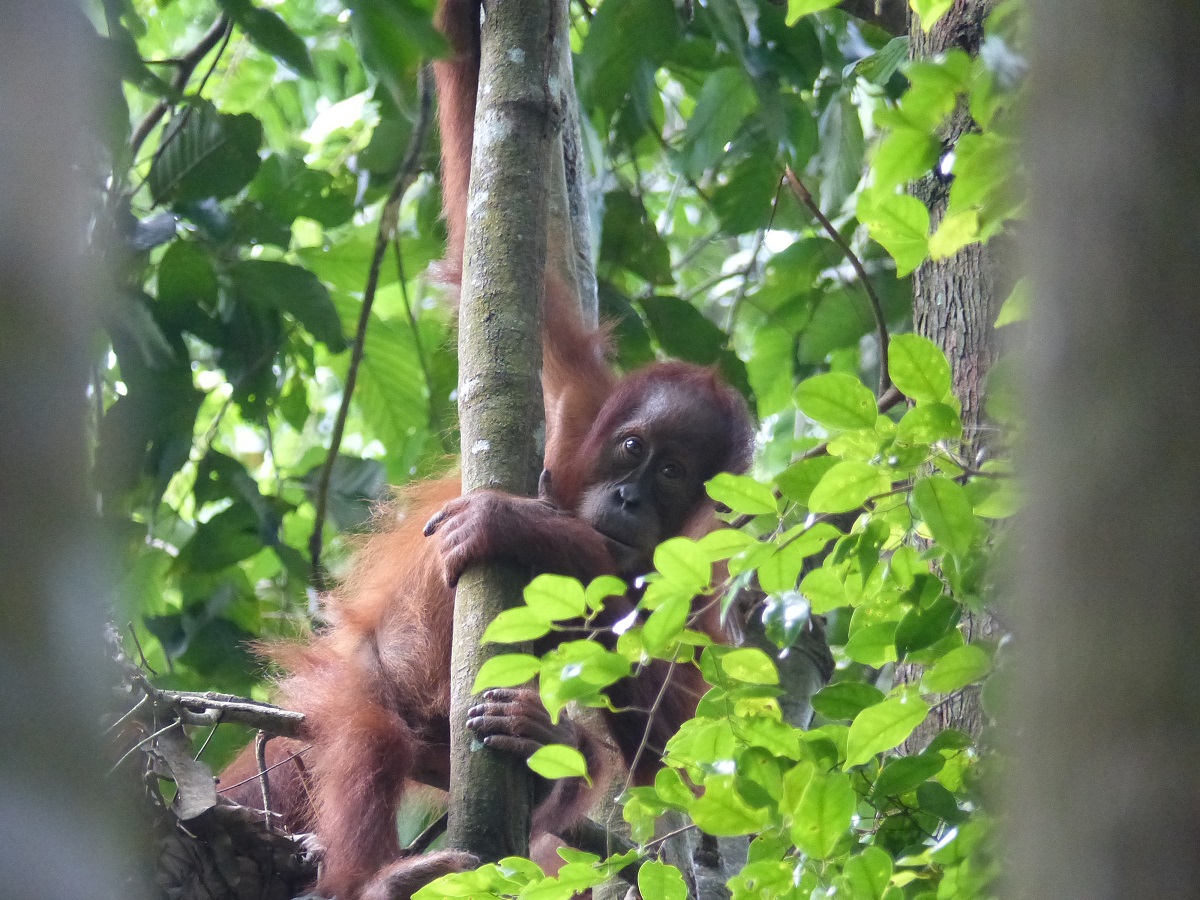 Like many endangered species worldwide, orangutan populations are facing multiple threats from habitat loss, poaching and illegal trade. Conflicts with humans also arise, as competition between the two species increases due to the shrinking of land and natural resources.

In south-east Asia, the rapid shrinking of forests in Indonesia and Malaysia – especially due to the expansion of agriculture, timber, and mining industries – reduces the habitats for orangutans, and affects local people who depend on goods and services provided by the forests and natural environments for their livelihoods and wellbeing.

Since 2019, NRI’s Dr Truly Santika has collaborated with more than fifty research institutes and non-governmental organisations (NGOs) in Indonesia, Malaysia, the UK, Australia, and Europe on a project supported by the US Fish and Wildlife Service (USFWS). The project aims to unravel the state of orangutan conservation and funding across Indonesia and Malaysia. Despite considerable investment that has been put in place every year to conserve the species, detailed knowledge is lacking about these conservation activities. The project seeks to understand orangutan conservation through systematic evaluation of the change in orangutan populations between 2000–2019, the environmental and social factors driving this change, the different types of conservation interventions that have been implemented to save the species, the amount of investment spent on these conservation activities, and the relative benefit of these activities.

The team developed a model that links data from surveys on orangutan occurrence, conducted by NGOs, with the environmental and socioeconomic variables known to have important effects on orangutan population and their habitats. Environmental variables such as forest cover, rainfall, and land degradation were obtained from satellite-based data. Data on socioeconomic variables such as distance to market, poverty, presence of agricultural and forest concessions, and community-based land tenure were obtained from censuses and land records. Given data on investment in orangutan conservation activities, the team estimated the benefit of these activities in reducing the rate of decline of orangutans, per unit of investment.

Findings show that habitat protection, patrolling, and community outreach provided large benefits in slowing the decline in orangutan numbers. However, given the variability in threats, land pressure, and poverty levels in different regions where orangutans occur, the most cost-effective conservation activity was different for each region. Hence, instead of trying to provide a generalised one-size-fits-all recommendation for the most effective conservation approach for orangutans, the project is developing a specific conservation action for each environmental and social context.