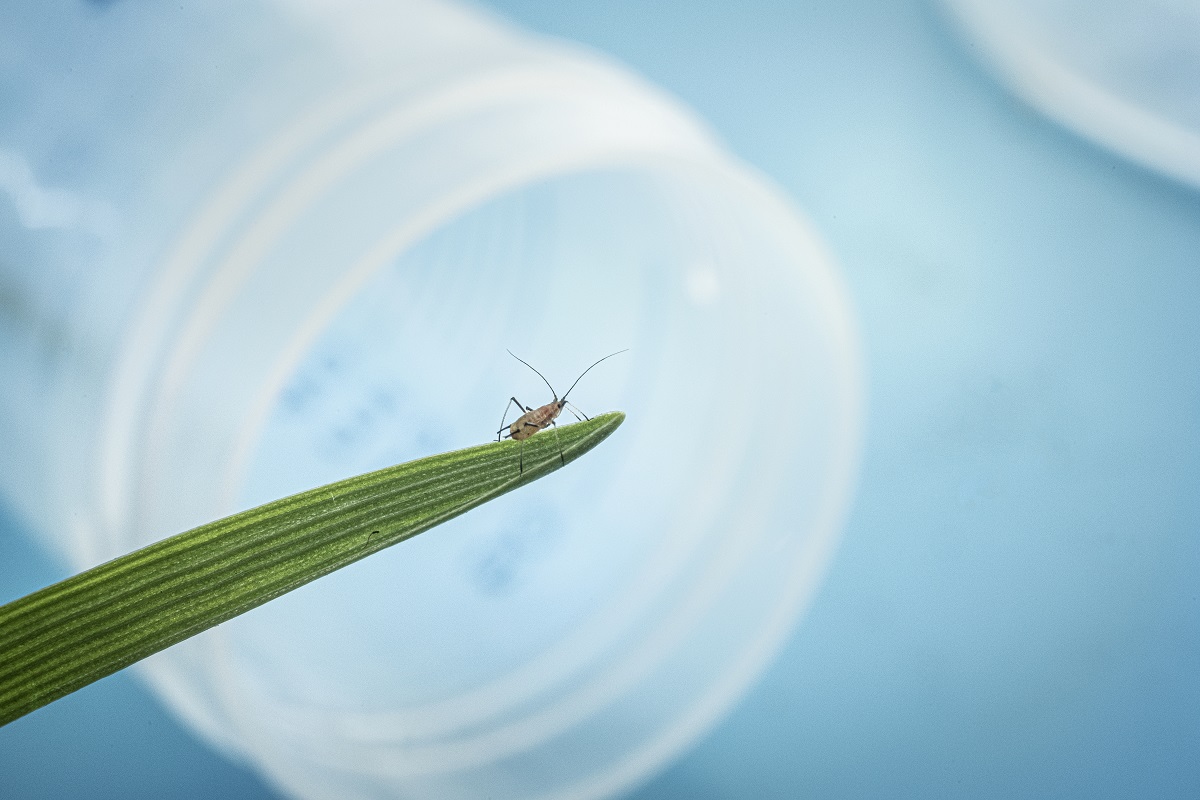 Aphids – the tiny sap-sucking insects that are the scourge of many gardeners and growers – are the main insect vectors that carry and transmit barley yellow dwarf viruses (BYDV) the agents responsible for barley yellow dwarf disease. This is the most widespread viral disease of cereals affecting some of the world’s most economically important crops, including wheat, barley and maize.

BYDVs are not transmitted mechanically or by seed, and the epidemiology of the disease is directly dependant on the dynamics of the vector population. Recently, the increase in winter temperatures linked to global warming and the ban on neonicotinoids – systemic insecticides shown to be harmful to a wide array of non-target wildlife – has led to an increase in aphid populations which translates into a higher impact of the disease. To limit the surge of the disease, it has become urgent to develop new methods to curb the aphid vector populations as soon as they arrive on cereal fields in late autumn. Usually during this period, a few winged aphids carrying the virus arrive on cereal fields and produce parthogenetic offspring – progeny that are the result of asexual reproduction. While the initial flight brings the virus onto the field, the offspring then spread it from plant to plant, ensuring a wide distribution of the virus.

Previous studies have demonstrated that replacing the usual grass field margins with flowering margins could increase the number of beneficial insects such as aphid predators and parasitoid wasps – those that lay eggs inside the aphids which then develop and kill their host – which could contribute to decreasing the aphid populations. In addition to offering food and shelter to beneficial insects, these plants could also have a direct repellent effect on the aphid vectors.

NRI’s Dr Sophie Bouvaine, Plant & Insect Molecular Biologist, is leading a component on the ‘PlantServ’ project, a collaboration between the Université de Rennes and the National Research Institute for Agriculture, Food and Environment (INRAE) in France. The project’s overarching aim is to understand how an increase of plant biodiversity around agricultural plots can support biological control by conservation and reduce damage and yield losses caused by BYDV. Dr Bouvaine and NRI’s Dr Gonçalo Silva are using their expertise in plant virology to evaluate the effects of flowering cover crops on the joint dynamics of BYDV and pest communities at the plot and landscape scales.

This work includes investigating the prevalence and genetic diversity of viruses causing BYDVs in France and developing specific diagnostic molecular tests to differentiate between the species of viruses present in the field, in order to specifically target the species of interest. They will then use those tests for molecular screening of viruses in plant and aphid samples obtained by project partners in the experimental fields in Western France. Together with the data obtained from the partners on the prevalence of natural enemies and pests, the team is measuring whether the presence of flower field margins helps reduce the virus pressure in wheat and barley fields. If successful, flowering field margins could offer a partial control of viruses and their vectors and could be integrated as an effective tool for chemical-free disease management.