Harmonious matchmaking: understanding how mosquitoes hear and respond to each other 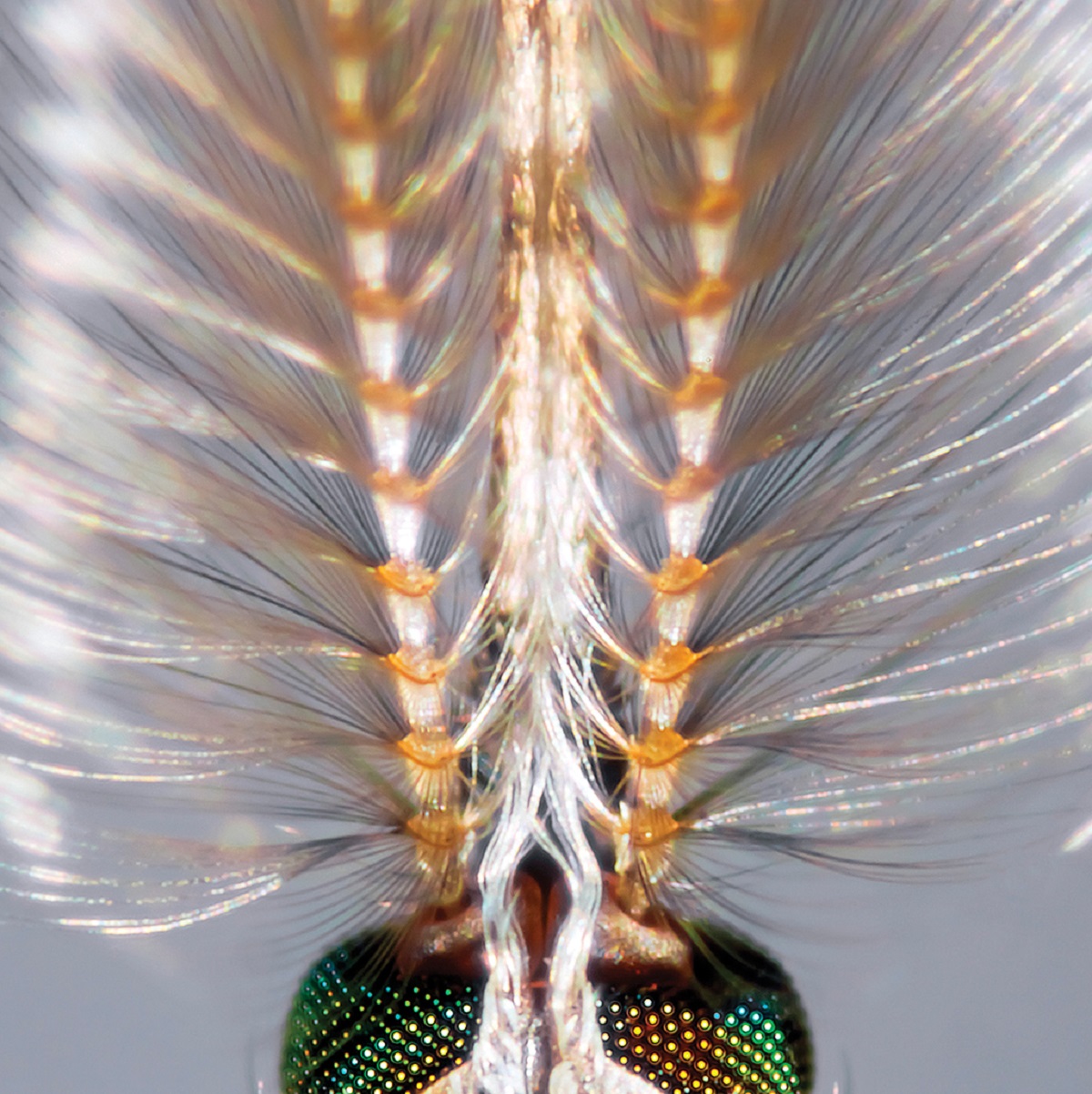 Mosquitoes can be loud and annoying – and it is precisely this whiny tone that they use to find a mate. But from how far away can they hear each other and at what level of sensitivity?

NRI’s Dr Lionel Feugère and Professor Gabriella Gibson have been working on a research project to find out the answer – the first time this question has been addressed. The objective of the project was to identify visual, sound and chemical stimuli used by virgin females of the Anopheles gambiae s.l. complex which includes the most important group of malarial mosquitoes. The aim of this project is to detect, recognise and locate species-specific male swarms at long range, to provide the fundamental knowledge needed to develop new bio-inspired traps for their surveillance and control.

Dr Feugère and Prof Gibson worked on the sound cues that mosquitoes are sensitive to. They recorded the sound of males in mating swarms and assessed the distance over which females can hear this sound. The team used behavioural assays, supported by acoustic theory, to monitor the behaviour of mosquitoes in response to sound stimuli, i.e., how their flight speeds or their flight tones change in response to the sound of a potential mate. They used free-flying mosquitoes and ecologically relevant sound stimuli to test their hypotheses and discovered that inter-mosquito communication occurs only at close proximity to a mate. They also tested the minimum sound level of the female’s flight tone that males can respond to, which was found to be significantly lower than previously reported.

Contrary to most studies, the team used free-flying mosquitoes rather than tethered mosquitoes or electrophysiological methods, which provided them with the natural sensory environment they needed to produce natural mating swarms. The mosquitoes were released in a large arena (approximately 4m3) with a visually conspicuous object on the ground that stimulates swarming behaviour, consisting of elliptical flight patterns over the object. Mosquitoes were exposed to a range of natural and synthetic played-back sounds of female flight emanating from a speaker located at the same height as the swarm centre. The team monitored their responses to flight-tone sound by recording the flight-tone and flight-dynamic responses of males using 3D video recording.

The outcome of this basic-research study contributes to a greater understanding of mosquito mating behaviour and can inform the development of more specific and effective sound-based traps to monitor and/or kill mosquitoes.