Former NRI staff member, Alan Mills, has been recognised and rewarded with an MBE in this year’s Overseas and International Honours List. Alan has been a MapAction volunteer since 2005, applying his knowledge of geospatial systems to help get aid as quickly as possible to people caught up in humanitarian emergencies. 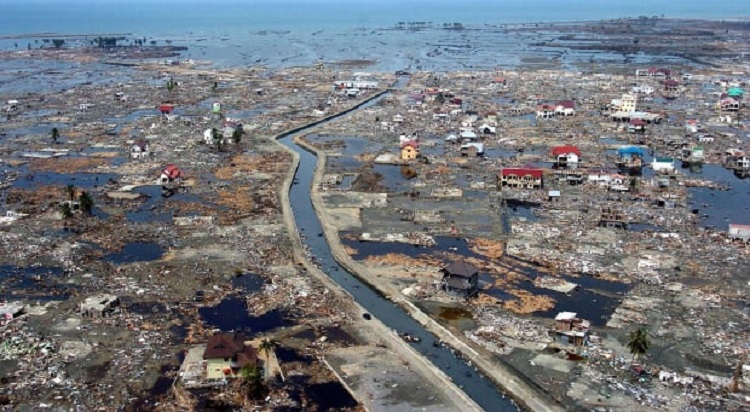 From the Syrian war to hurricanes in Jamaica, the Bahamas and the British Virgin Islands, cyclones in Vanuatu and Fiji, floods in Namibia, Benin, Djibouti and Serbia, the Libyan migrant crisis and Ebola in Mali, Alan has helped governments and disaster management teams around the world, get assistance to where it’s needed most.

Alan began his work on international aid and development when he joined NRI in 1991, working first in the bio-geography department researching rice pests in Asia. He then worked on locust research - including mapping and predicting how and where locusts might become a problem - his initial entry into the world of geographical information systems – GIS – work.

Alan’s NRI knowledge is still very relevant for his work at MapAction, for example, early last year when locusts suddenly became a big problem again in East Africa, he says: “NRI was my first job after leaving university and looking back I can clearly see how it gave me such a great grounding in international development and what a huge global profile NRI had, and still has. Through NRI, I built up an amazing contact network group that has sustained me ever since.”

“NRI was very multi-disciplinary and as a geographer it enabled me to apply my skillset to many varied areas; I worked with great soil scientists, foresters, fisheries experts, pest specialists and chemical engineers – I learnt such a lot 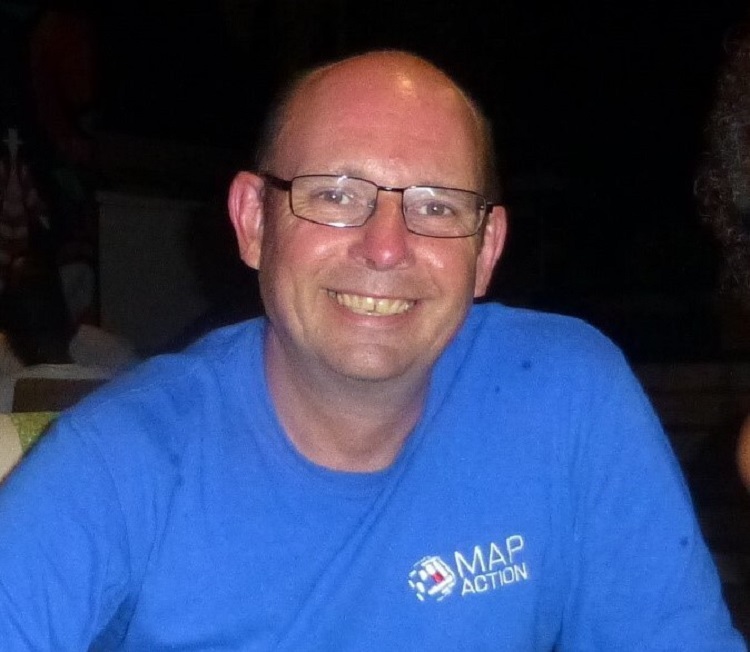 from these people and was able to apply it to my GIS work.”

For the past ten years at MapAction, Alan has coordinated their preparedness work, collaborating with governments and disaster management teams around the world to help them put in place the skills and technology they need to access essential geographic information in the event of a humanitarian emergency. Increasingly, this includes the use of data science and predictive analytics to foresee crises such as food insecurity or flooding and trigger anticipatory action to reduce their impacts.

Alan explains how he first got involved: “the MapAction connection came about in 2004 with the Boxing Day tsunami, a friend got in contact and said ‘you do that kind of work, are you helping with this at all?’ and I realized I wasn’t. I read a BBC article about MapAction going out on its first mission to Sri Lanka so I rang the number at the bottom of the piece and offered my services.”

“It was a very small organization – about 15 volunteers and a few trustees and special advisors - and just a couple of years old. Now it’s over 100 people from all different backgrounds and we pool our expertise and resources to be able to help out in emergencies. We’ve been seen as the pioneers of using mapping in disaster response. We use GIS to make a difference very quickly on the ground to people who are delivering aid, helping them to get it to the people who need it most at the time, that’s our niche. This also means we are well placed to help prepare for and reduce the risks of disasters.”

Alan admits to getting a “huge adrenaline rush” when the word comes through that his help is needed. He says he’s motivated by being at the “cutting edge” of disaster response. “Everything can now be mapped, thanks to satellites. Back in the 1990s the software was very expensive and you needed a huge amount of skill to be able to do anything with it. We didn’t have any mobile phones so you couldn’t be a random user, now we’re all collecting information via the maps on our phones all the time whether we know it or not. When you’re dealing with a disaster on the ground you can take photos which are accurately geo-located so you know exactly where something has occurred.”

Although Alan was the recipient of this MBE, he’s keen to stress that MapAction is a team: “my role is really the preparedness – making sure we can hit the ground running when a disaster does occur – I’m also concentrating on nurturing new volunteers and making sure their individual skills are used to their best advantage.”

“It’s a huge honour personally and it’s great for the organization to see that we’re recognized nationally and internationally as a team that’s really making a difference. But there is a little bit of NRI that has always rubbed off on me and I send my gratitude to my former colleagues for helping me get to this point.”