Solving the hunger puzzle, one piece at a time

World Hunger Day which this year fell on May 28th, exists to draw attention to global poverty and food insecurity and to elicit a response from those who can help. For many years, NRI has been finding ways to tackle various issues within the food value chain in developing countries, helping many of the 820 million people who do not have access to safe, nutritious and adequate food supplies.

NRI’s Deputy Director Ben Bennett is Professor of International Trade and Marketing Economics. He explains the enormous challenges facing developing countries to get all the food that’s in the ground, into people’s mouths: “it’s 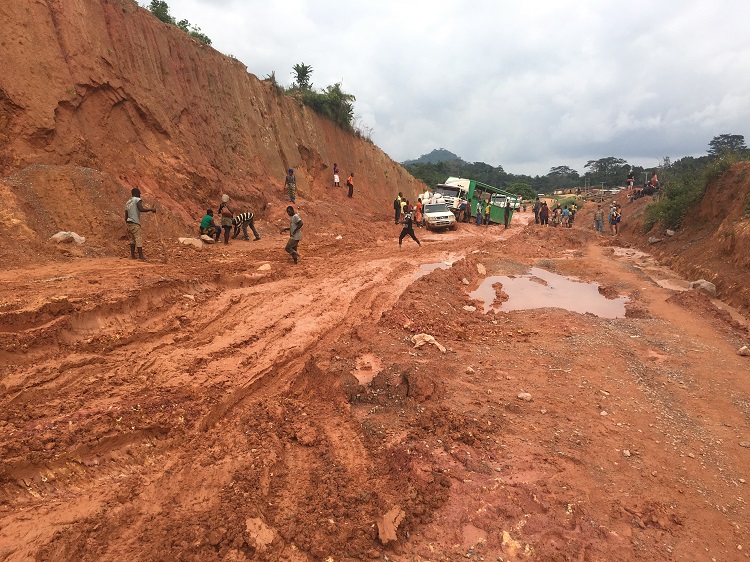 complicated and multi-faceted, particularly in a hot and humid environment where the infrastructure may be very poor, the electricity unreliable and the roads not very good.”

NRI works across all levels of the food value chain, with a range of different stakeholders - farmers, transporters, processors and traders - all of whom are seeking to make some money so they can improve their lives. Food processing, transport storage and postharvest management are areas of great importance as a lot of good food is lost or wasted in the value chain.

Helping farmers to grow crops successfully is just the start, but what happens once that food is taken out of the ground or picked from trees and has to find a market? Food is perishable: if farmers don’t get it to the right place, in the right condition, they have to discount the price. Farmers sell into a competitive space, but often have very limited negotiating power. Any delays in delivery may result in a rapid deterioration in produce quality, which reduces even further the influence that farmers have on price. Food value chains do not necessarily operate in a fair or transparent way. If the law and the rules and regulations don’t work very well, it all adds to increasing the losses. 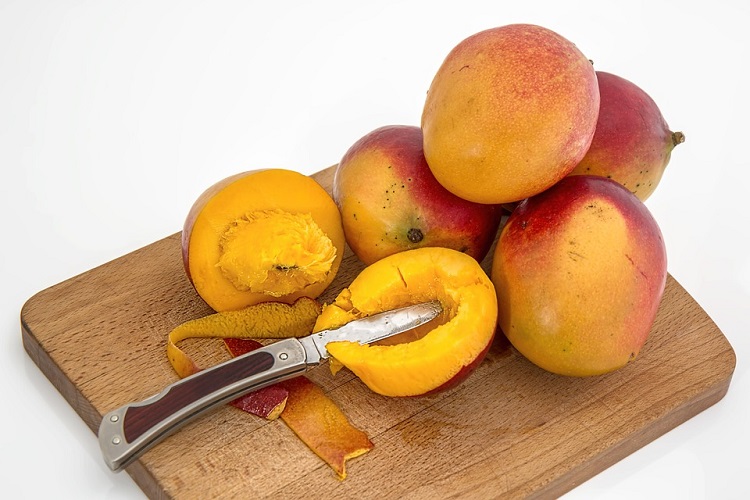 The successful drying and storing of crops is something that occupies many NRI experts, as Professor Bennett explains: “farmers often have gluts at harvest time, with more produce than they can eat or sell, so food that is not used is dried or preserved for later use. Dry goods keep longer and also weigh less, which lowers transportation costs. But drying is not as easy as it looks, especially when the air is humid and rain frequent. Mangoes, for example, all get ripe and arrive at the same time as everybody else’s mangoes. If you can dry a proportion of them and sell them later on in the year, it evens out your income stream.”

Preservation of food is the concern for NRI engineers like Dr Aditya Parmar and Dr Marcelo Precoppe, who specialize in dryers for agricultural products, and are currently working on improving traditional dryers and inventing new approaches to crop drying using less energy, such as solar cells. Sustainable and environmentally friendly machinery like this has the potential to transform the lives of rural farmers who lack a reliable electricity or fuel supply for conventional drying methods.

Professor Bennett is working closely with colleagues in Nigeria for Innovate UK – a non-departmental public body – to help cassava farmers, processors and especially 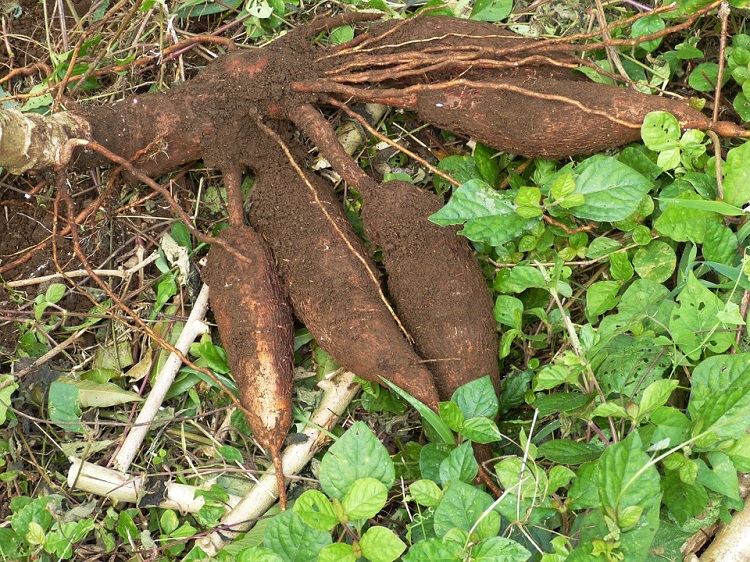 women gari producers. Gari, a fermented and fried product made from fresh cassava roots, can be rehydrated with water to make an instant porridge and it feeds tens of millions of people all across Africa every single day, so it’s classed as a staple food by many of the poorest.

Traditionally the female home-based gari producers are hampered by the short shelf-life of fresh cassava – just 72 hours – before it becomes inedible. Professor Bennett explains: “women are currently buying small quantities, two or three sacks of fresh cassava every day, which means they have to find a trader, buy the stuff, peel it, ferment it, fry it. If they could club together and buy a truck load at a time, they could cut their costs substantially. Our hypothesis is that we could improve the efficiency of the gari industry for maybe a hundred thousand women if we could find a way of storing fresh cassava for a few more days.”

In the early 1990s NRI, working with CIAT – the Chartered Institute of Agricultural Technologists – in Latin America, tested an approach based on a simple small sack, which did exactly this, but on a very small scale. The sack works by increasing the temperature and humidity around the cassava and ‘tricks’ it into thinking it’s still underground, so it stays physiologically stable, turning 72 hours of storage time after harvest into eight days. Professor Bennett and his team have shown that this works on a large scale in Nigeria. Now they are trying to prove that it works just as well for the gari sector.

Other new NRI initiatives include looking at ways to combine preserving fresh fruits and vegetables in the value chain with tackling the challenge of plastic waste. In the UK we are used to buying small packets of pre-wrapped fruit and vegetables, and while we might not approve of the plastic, we like the convenience of a nice small portion which we can easily store and use. 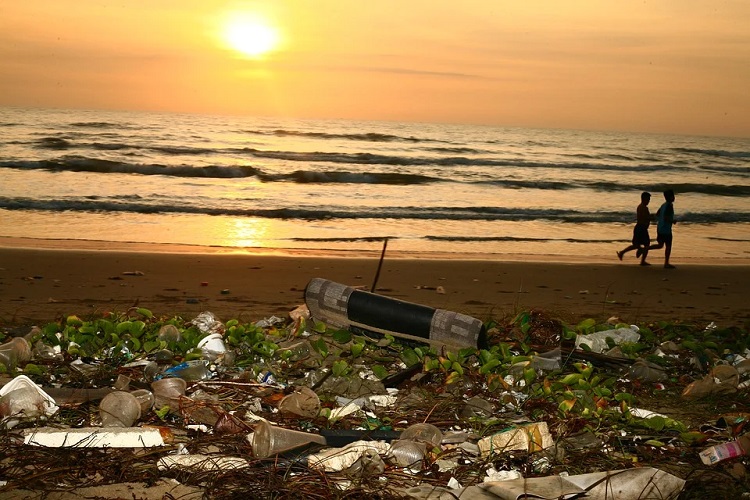 In Africa, people also want smaller portion sizes and they want it presented in plastic wrapping but that is causing two problems as Professor Bennett explains: “one, they’re probably not getting value for money as they’re not doing the calculation of ‘what’s the price per kilogram divided by the amount I just bought, and how does that relate to the price printed here’, and two, they’re also taking home a lot of plastic, often into urban environments where there’s nowhere for it to go. It just gets thrown away and ends up in rivers or burnt or buried. If you go into a rural market in Nigeria nowadays, you’ll find a sort of deep litter tray made up of several feet of plastic built up since the 1980s. A lot of this is a result of people buying small amounts of fresh fruit and vegetables in plastic bags.”

NRI is tackling this problem in supermarket value chains by experimenting with controlling the atmosphere inside the plastic wrapping by pumping in nitrogen at the point of packaging, keeping produce fresher for longer. Elsewhere, such as in India and Nigeria, managing single use plastic in the food chain needs a whole range of government and non-government stakeholders to agree on systematic changes. NRI has a new project in coastal India that is addressing this by taking a community-led approach to plastic waste.

Professor Bennett knows all too well that solving hunger is not just about having enough food to eat, it’s the nutritional value of that food. “You can have enough carbohydrates to eat every day, but if your diet doesn’t have the right micro-nutrients and the right balance, you’ll still be malnourished. It’s having enough of the right food that matters.”

And he says that the final piece of the puzzle is safe food which, although is sometimes an undervalued aspect, must never be ignored. “If food gets to you but it then makes 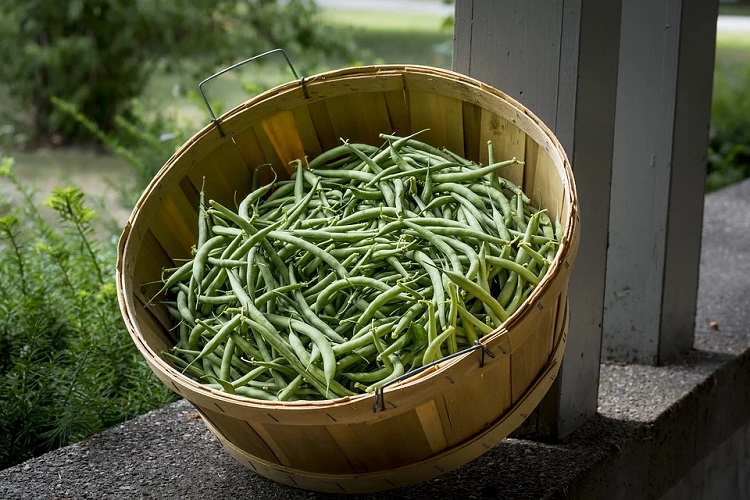 you ill, then that has a cost as well. You either can’t work because you’re sick or you work sub-optimally, or in the worst case, it kills you. The majority of the world’s population has no way of guaranteeing that the food they eat is not going to make them ill.”

Professor Bennett’s view is that when the world exits lockdown, we should return with gusto to buying food imported from Africa, and do so with a clear conscience. “We need to understand that if you eat green beans from Kenya, for example, you’re giving someone a livelihood opportunity, you’re creating an income for a farmer who wouldn’t have one otherwise.”

“We don’t yet know how the lockdown and the halt in aviation has affected those farmers. The supermarkets in the UK will have ‘advance bought’ lots of food items like avocados, green beans, fruit etc. that come from abroad, but it’s safe to say that very soon, stocks will dwindle and prices will go up. Very little is known about exactly how much food goes to waste in Africa before it even gets loaded onto a plane – there’s very little measurement going on.”

To address all of these issues and more, NRI has recently embarked on its new Food and Nutrition Security Initiative, known as FaNSI, which will further expand its interdisciplinary research capacity. FaNSI is looking at climate change, food loss and waste, sustainable agricultural intensification and food systems for improved nutrition, addressing the needs of vulnerable people and providing one more vital piece in the puzzle to solve world hunger.