As the world reels from the deadly ravages brought by COVID-19, another plague – at least as old as mankind itself – is devastating huge swathes of east Africa and the Middle East, and is going largely unnoticed.
Massed swarms of desert locusts, bigger than any seen since the mid-1990s, are sweeping across Somalia, Ethiopia, Kenya, Tanzania, Uganda, Yemen, Iran and Pakistan, eating everything in their path and leaving behind a trail of ruined crops and livestock pasture. NRI is now leading the fight back against this plague, thanks to a grant of US$135,000 from USAID - the United States Agency for International Development.

The FAO – the Food and Agriculture Organization of the United Nations – which has a specific ‘locust watch’ arm, warned in October 2019 that the locusts were growing in number. The most recent update to the FAO website warns that 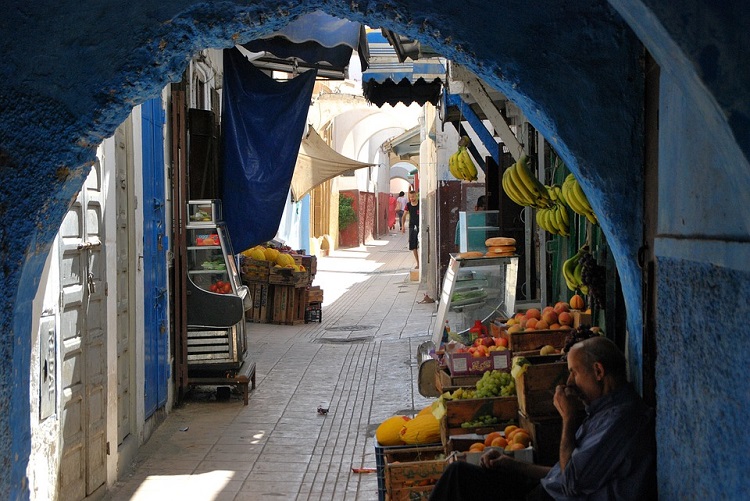 “spring breeding will cause a further increase in locust infestations in the coming months” and that it represents “an unprecedented threat to food security and livelihoods”, coinciding with the early beginning of the long rains and the current growing season. Time is really of the essence.

NRI locust expert and Professor of Tropical Zoology, Robert Cheke, says that there are many reasons why we should all care about this locust plague: “firstly it’s a humanitarian disaster and millions of humans are on the brink of starving to death, but there’s also the economic and trade aspect. The UK depends on Africa for food and beverage crops like cocoa, coffee from Ethiopia and Kenya, vegetables from many east African countries and fruit particularly from Morocco, which is one of the places that often gets badly hit by locusts."

He says that although Europe may not be directly threatened by locusts arriving on its shores, “one or two might get blown over by southerly winds but they’re highly unlikely to become established and do damage to our crops. In 1982, large numbers were blown across the Atlantic and made landfall in the Caribbean but were too exhausted to reproduce. The long-term effect is potentially millions of displaced people fleeing their decimated homelands and searching for a better life in their countries’ urban centres or seeking to migrate elsewhere. We’ve witnessed the human misery and tragedy that comes from mass migration. It’s in all of our interests to help stop this locust infestation while we still can.” 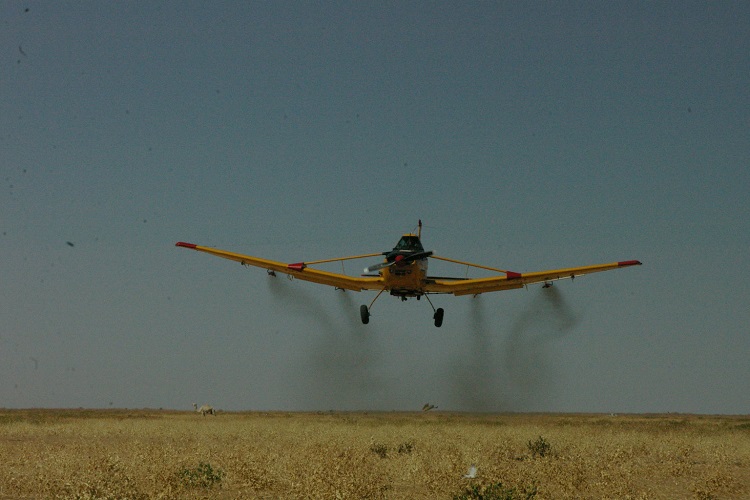 Professor Cheke has been speaking publicly since late 2019 about the potential of this upsurge to spiral out of control. On 24th January 2020, BBC Radio 4’s The World at One programme invited Professor Cheke into its central London studio. During the live interview, he surmised that in theory the upsurge could be brought under control by using insecticides and, preferably, biological control with entomopathogenic fungi called Metarhizium acridum, formerly commonly sold and known as ‘green muscle’ but now marketed as NOVACRID.

However, he warned that the sheer size of the locust swarms meant it would take a significant number of aircraft and vast quantities of insecticide to tackle the outbreak. All of this would be possible with a concerted push of international cooperation, money, time and effort. Professor Cheke’s appearance on the BBC sparked media interest and he was subsequently quoted in the Financial Times, Nature, and InsideClimate amongst others. The money from USAID will allow Professor Cheke and his colleagues, Professors Hans Dobson and Richard Hopkins, to set up a new and robust NRI locust training programme, firstly in Uganda with a view to disseminating essential information across the region.

This upsurge of locusts began developing two years ago when unusually high rainfall hit parts of The Yemen and southern Saudi Arabia. Professor Cheke, who has been studying the life cycle and behaviour of grasshoppers and locusts since 1977, explains how this current upsurge escaped detection: “when the rains came to the Empty Quarter, the vast desert region in the southern Arabian peninsula, there was a group of desert locusts which the experts missed. They bred and managed to migrate away to Pakistan before anyone spotted them.”

“There they increased in number and came back again, traversing the Red Sea and entering east Africa. What locusts need is suitable rainfall, enough for them to lay eggs in sandy soil which is damp enough to penetrate. They need the right amount of rain to have fallen so when they hatch, the fresh vegetation is there for the young to eat. The conditions in 2019 were perfect.”

Professor Cheke explains: “there have been a few outbreaks on and off since WWII, with particularly severe ones in the 1950s and 80s, but this 2019 outbreak is the first time for 70 years that locusts have got going so strongly in east Africa and made it down as far as Kenya and Uganda and a bit of Tanzania. They did that in the 1950s but never since. So that’s why it’s caught east Africa unawares because nobody has any direct experience and they weren’t expecting it.”

Professor Cheke believes war in Yemen, which has been raging since 2015, and the ongoing armed conflict in Somalia played a part in distancing the experts and weakening locust surveillance. Had the locusts turned up in other 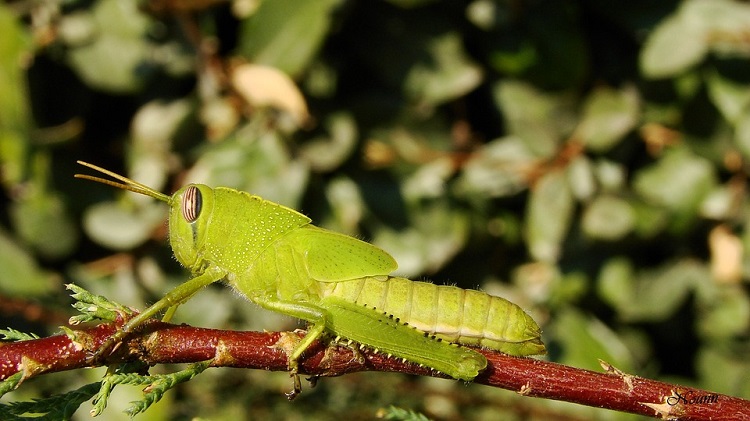 countries that have retained their capacity to deal with them, there’s a good chance that they would have been efficiently dealt with and controlled before they swarmed. The FAO uses satellites to check where it’s recently rained and to see where the vegetation looks green enough for the locust eggs to hatch successfully. But war and civil unrest make regular checking on the ground and communication, impossible and lead to situations like this.

Locust experts have a theory on what might happen next, Professor Cheke explains: “there’s a well-known locust migration pattern which relates to the seasons. If these locusts start heading towards west Africa, they will join forces with the locust populations which are there already and go along the southern Sahara, reaching Mauritania. They’ll then turn north and go through Morocco, Algeria and Libya until they’re back to where they started, and it all begins again. It could go on for years, cause untold damage and become a massive problem. If it goes on for more than a year it will be classified as a plague.” 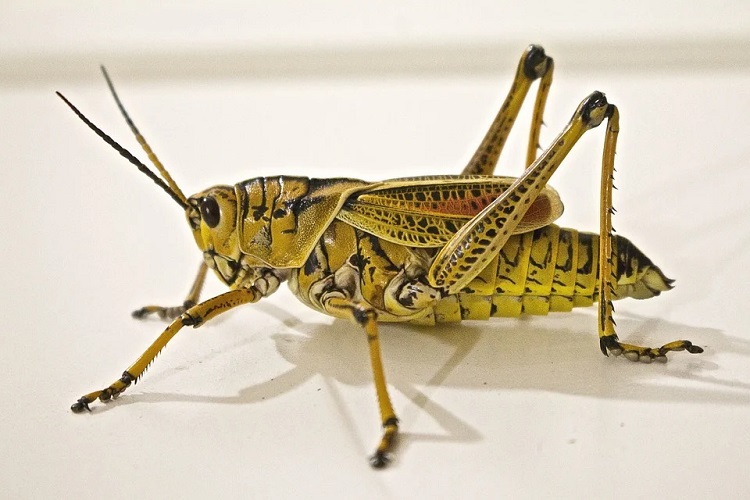 There’s a bigger environmental risk in that farmers, desperate to disperse the swarms, are using dangerous chemicals in large quantities. As Professor Cheke explained in his radio interview, there’s a less hazardous fungus-based insecticide – Metarhizium acridum – that if sprayed in large quantities from the air, might kill a few other grasshopper species but is quite specific so won’t harm other insects, wildlife or livestock.

It contains spores that penetrate the locusts’ bodies and ‘eat’ the locust from the inside, but with the COVID-19 global lockdown or curfews in effect in many countries, getting hold of it and distributing it widely is very challenging. For the company to produce it in sufficient quantities is also a challenge since it is a product that needs to be cultured live rather than chemically engineered in large factories. Spraying equipment for ground teams and spray aircraft are also in short supply and are another major constraint.

Ideally each locust-affected country would invest in fully trained desert locust officers who travel around monitoring the potential breeding grounds. This strategy was pioneered by Boris Uvarov, a Russian exile who became Director of NRI’s predecessor organization, the Anti-Locust Research Centre. He engaged the legendary explorer Sir Wilfred Thesiger after WWII, to traverse the Empty Quarter to pinpoint exactly where locusts bred.

In 1921, Boris Uvarov had made the ‘breakthrough’ discovery that locusts usually exist in what’s known as the ‘solitary’ phase where they are widely dispersed in low numbers and do little damage. However, certain favorable weather conditions transform them into what Uvarov called the ‘gregarious’ phase when they seek each other out and move around in groups. They change colour and shape to accommodate bigger flying muscles and look so different that for many years, the two phases were thought to be separate species. The most efficient time to control locusts is after they have become gregarious and are tight-knit targets, but if this early opportunity is missed, then the billion-strong, highly mobile adult swarms form, and they are much more difficult to contain.

But, as Professor Cheke, who continues to build on Uvarov’s seminal work, says, because the intervals between serious upsurges and plagues can be decades, many countries in the interim lose their expertise in how to monitor and control them. Many of those with locust experience have simply retired or moved to working on other challenges.

NRI, with its years of experience, is well equipped to help address these pest problems and is now concentrating on how best to operate given the current COVID-19 restrictions. The damage caused by the current locust outbreak is already affecting food security across an entire region, and millions more will suffer long-term consequences unless something is done, and soon.