Now in its third year, the ‘Three Minute Thesis’ or 3MT competition, is once again challenging PhD students to explain their research creatively using language appropriate to a non-specialist audience, in just 180 seconds. It’s quite a feat, considering that the average thesis takes years to research and complete and comes in at around 80,000 words. Oh, and participants are not allowed to use PowerPoint either; just one single static slide is permitted as a visual aid. 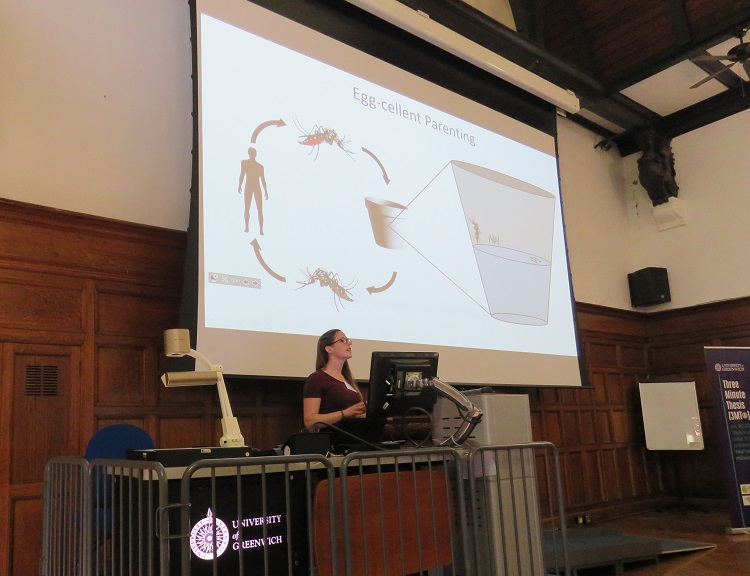 The students have to master the art of straight speaking, clear thinking and absolutely no waffling. They must be able to tell a compelling story using language that is accessible to all. Jargon and acronyms have no place in Greenwich 3MT as participants must convey what their work is about, why it’s important and what they hope to achieve, allowing the audience to relate to the outcome. 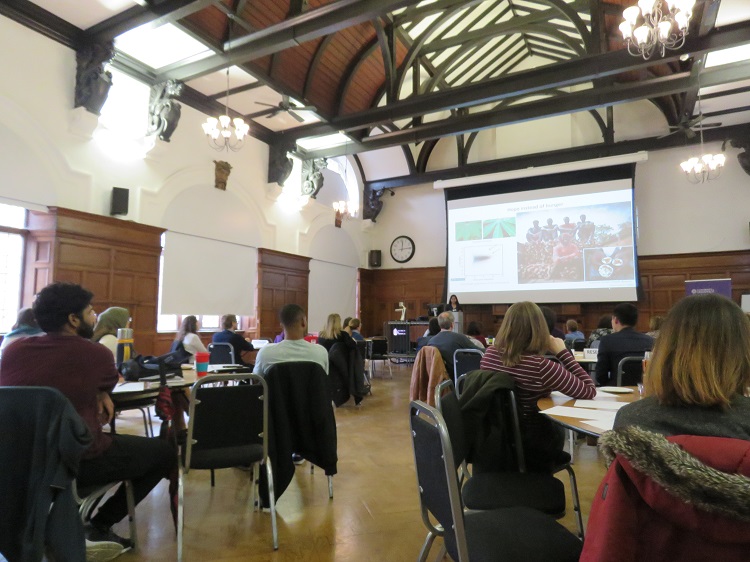 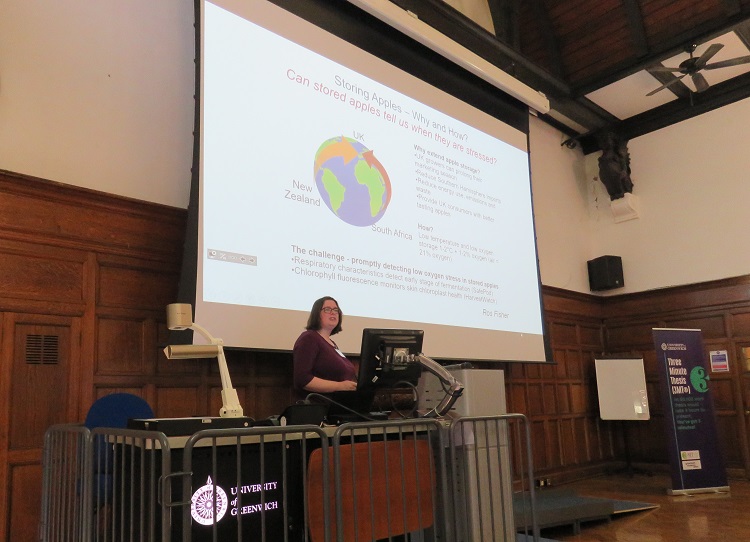 Jillian first started researching the egg-laying behaviour of mosquitoes when she lived in Seattle in her 3rd and 4th year as an undergraduate. Always fascinated by entomology, the study of insects and their relationship to humans, Jillian sensed that insects were generally underappreciated by people who regarded them simply as pests. “People don’t realise how much insects impact on everything we take for granted”, Jillian points out. “As a little girl in kindergarten I remember bringing in a whole tub of ladybugs for show and tell and I’d always go out in the field behind our yard to catch praying mantises”.

To prepare for 3MT, Jillian spent a lot of time watching YouTube clips of previous competition winners to get an idea of what was expected and more importantly, what not to do. Jillian explained how she first focused on the broadest part of her thesis and then brought it right down, using the same techniques she might have used to write an introduction. 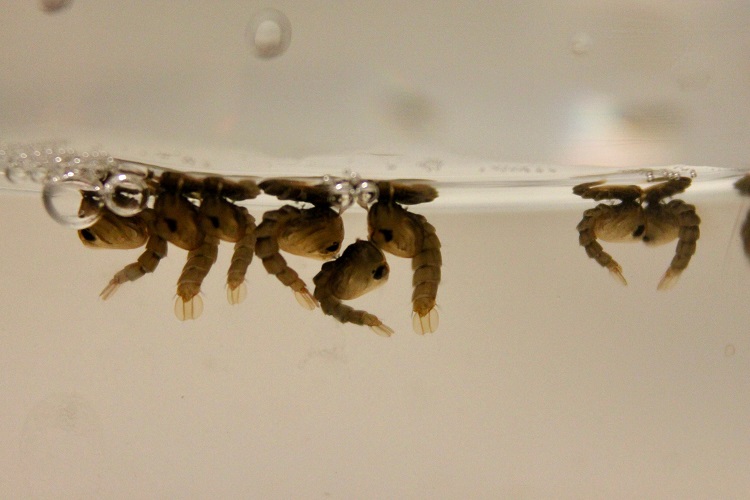 She focused on deliberately removing long scientific terms that people might not know and inserting more commonly used vocabulary instead. Jillian was disciplined in her approach, first writing a script then timing herself reading it until she had it down to the required three minutes. Practice made her perfect, and eventually Jillian was able to memorise her entire presentation so that she could stand up and speak fluently without notes. 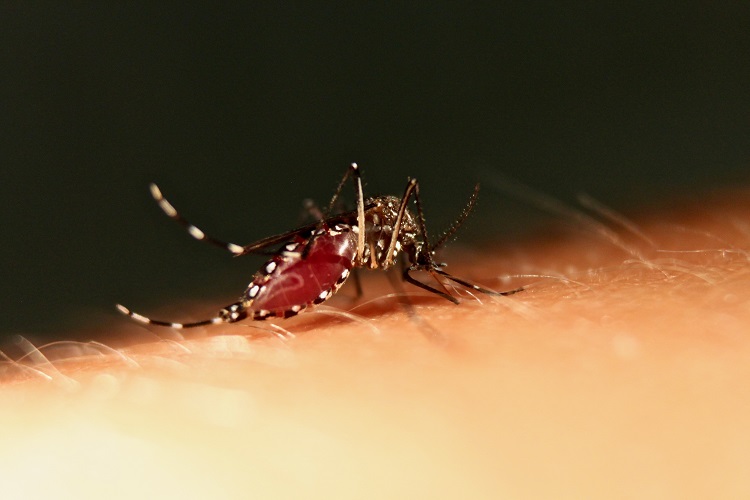 Jillian believes that one of the reasons she won this award is that mosquitoes are something that everyone can relate to. She admits that she went into this line of research for purely “selfish reasons” because she found it interesting, but finds herself lucky that her interests and research can have an impact on future disease control.

Jillian’s love of bugs made her an unusual child, she explains, “most of my family are either engineers or computer scientists, I’m the only one who is doing anything biology related, they do think I’m kind of weird! My brother in particular hates anything creepy-crawly, he can’t stand me to talk about what I do”. 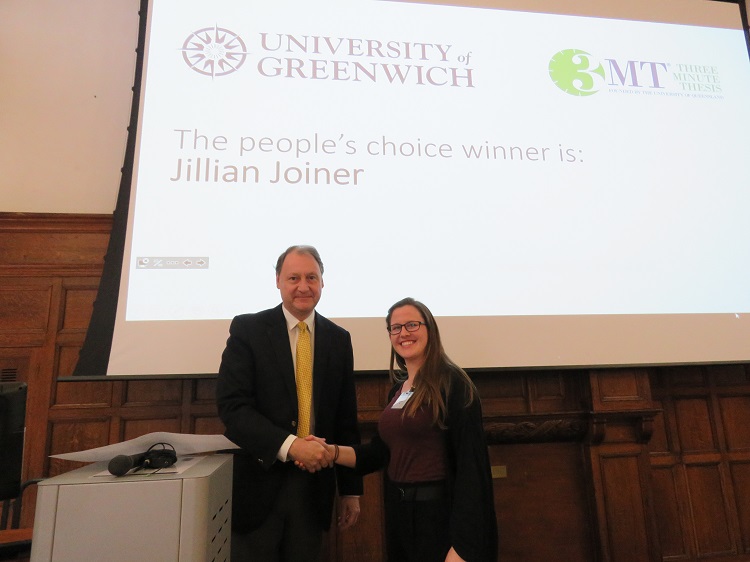 “There’s a lot of cool things about mosquitoes – some will lay their eggs just above the water line, and those eggs can still be viable several months later. For example, they will lay their eggs in car tyres which will be transported around the world and that’s how they spread”.

Jillian is clearly passionate about what she does and is thrilled to have won the Faculty's People’s Choice award for 3MT. “My research is just one piece of a giant world project to control mosquito populations so we can reduce the spread of disease”.