Monkey Malaria: is deforestation to blame for its transmission to humans?

Is malaria now able to jump effortlessly across the species divide? A new paper published in Scientific Reports on 16th September 2019, looks at possible causes for a strain of malaria recently detected in humans, which had previously only been found in monkeys. NRI’s Dr Frances Hawkes worked closely with Professor Chua Tock Hing of the Universiti Malaysia Sabah on a study, funded by the Malaysian Ministry of Education. 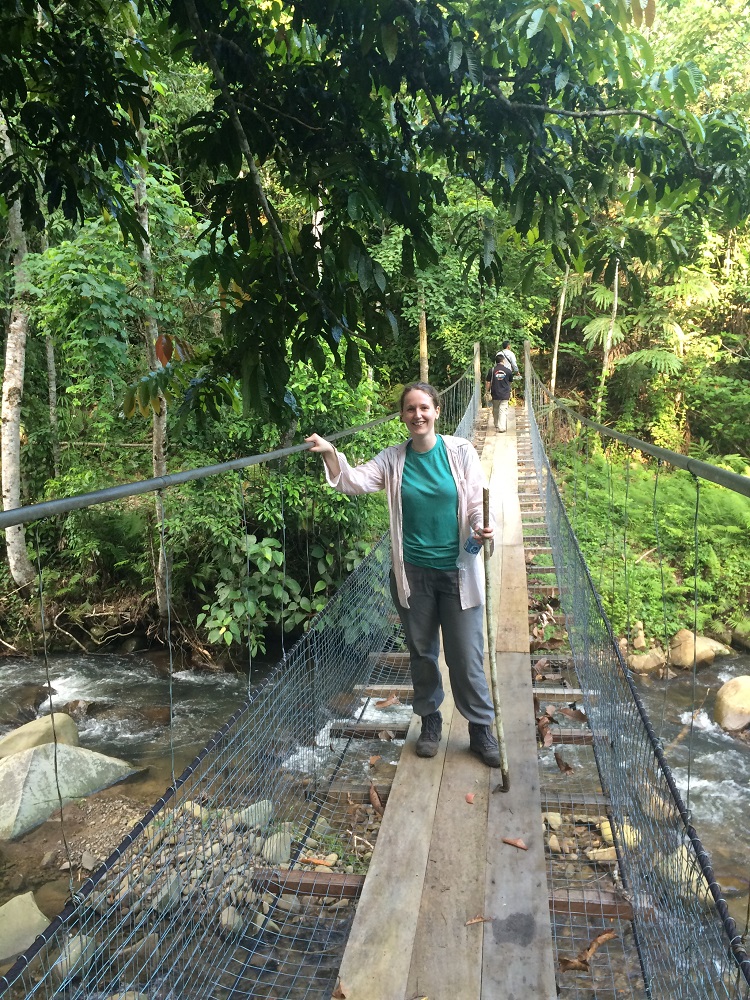 Their research examined the hypothesis that rapid environmental change in the region has fundamentally altered interactions between monkeys and humans and has in turn, resulted in disease ‘spillover’ between the species.

There are many species of malaria parasite (genus Plasmodium), four of which circulate in humans, and are transmitted from person to person via mosquitoes. Plasmodium falciparum is by far the biggest killer, and accounts for the majority of human deaths from malaria in Africa. In other parts of the world, the species of malaria parasite more commonly found in humans are P. vivax, P. malariae and P. ovale.

In 2004, the first human cases of infection with a species of malaria called P. knowlesi were detected, previously having only ever been found in macaque monkeys. These 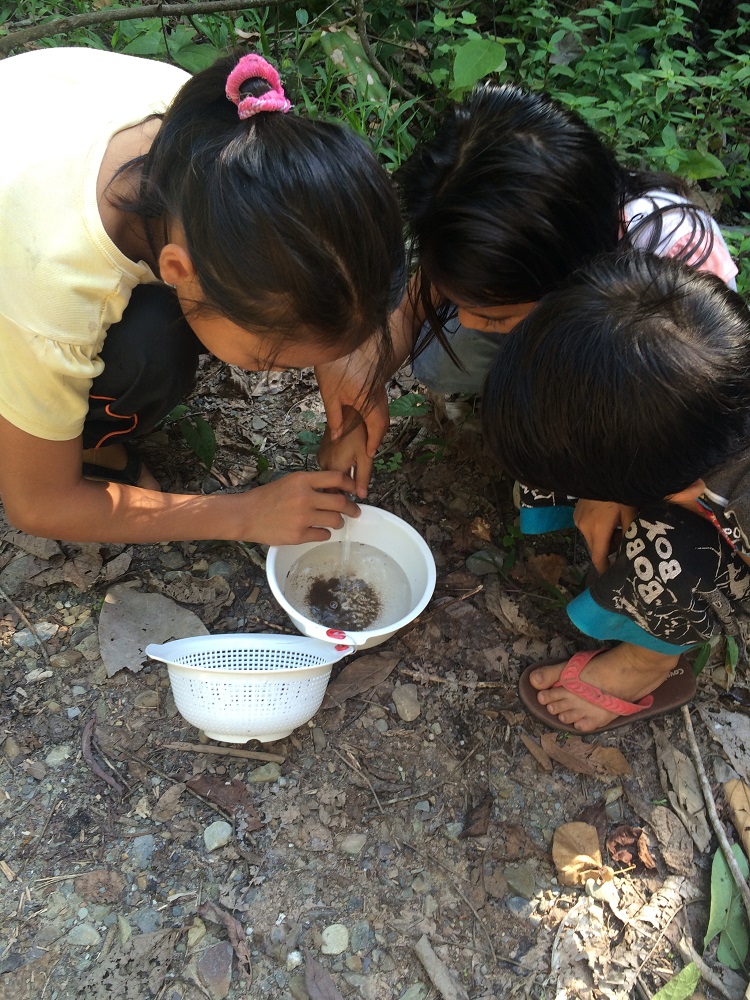 cases were in Sarawak, a state of Malaysian Borneo, south-east Asia. Since then, the number of human cases of P. knowlesi has grown, and the strain has now been detected in humans in most south east Asian countries. In Malaysia, it is now the most common form of malaria in humans.

Significantly, Malaysia had the highest rate of forest loss of any country between 2000 and 2012, largely driven by the demand for oil palm and other tropical crops. It is widely supposed that rapid environmental change in Malaysia has fundamentally changed the interactions between the carriers of P. knowlesi – normally the long- and pig-tailed macaque monkeys – and mosquitoes and humans, and that this in turn has resulted in disease ‘spillover’ from macaques into humans.

Dr Hawkes explains how the study investigated these interactions: “our project sought to explore the relationship between deforestation and the location of Anopheles mosquitoes, the females of which transmit malaria. We studied the mosquito species and how infected they were with different malaria parasites in two highland areas of Malaysian Borneo - Ranau and Keningau districts - where cases of P. knowlesi were on the rise.”

Dr Hawkes and the team sampled mosquitoes in three different habitat types: forest edges, plantations and human settlements, twice a month for 15 months, to see whether the species and their parasites differed between the various habitats.

Dr Hawkes reports finding Anopheles donaldi mosquitoes infected with P. knowlesi for the first time. These mosquitoes were also found in greater numbers where the forest was more fragmented by clearings, plantations and other land uses. In general, the forest edge areas sampled had more mosquitoes and a greater diversity of mosquito species than were found in plantations. Human settlements had the fewest mosquitoes and the smallest number of species. 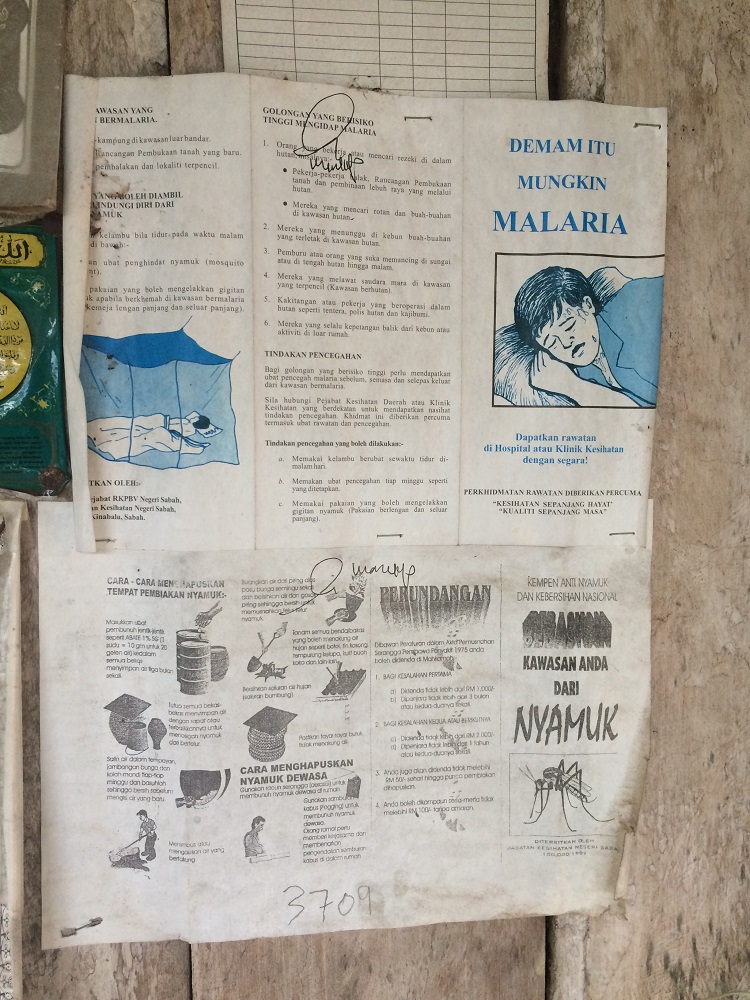 The results are significant because a key step in combating any species of malaria parasite is understanding which species of mosquito is transmitting it, as Dr Hawkes explains: “they all have quite different behaviour and ecology, so the response needs to be tailored to the mosquito. It is also interesting that we found other malaria parasites in our mosquitoes, which at present do not routinely infect humans, but it is conceivable that in the future, they may, so it is important to be vigilant the presence of other mosquito-borne pathogens so we can quickly identify them and respond if necessary.”

The crossover from monkeys to humans is concerning because people tend to have very little immunity to protect them if they become infected. In addition, the standard measures which help humans avoid being bitten, such as bed nets and repellents, cannot be applied to wild 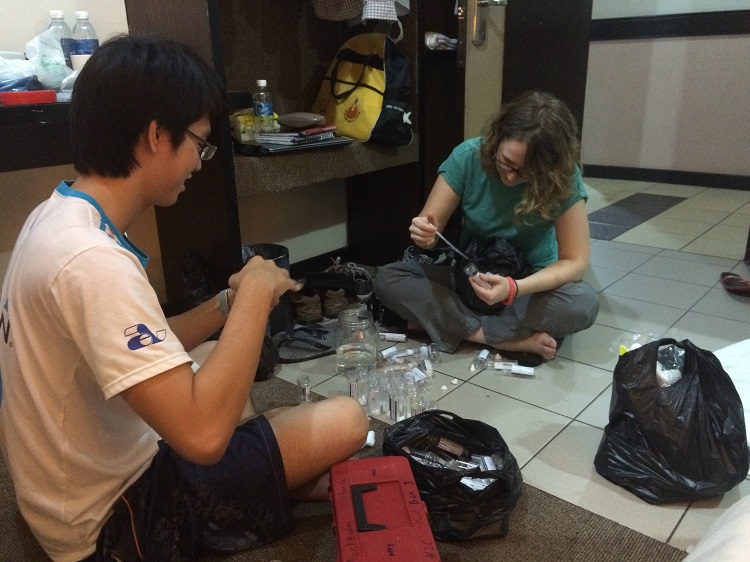 animals. This presents a real challenge to controlling the spread of disease and means that research to understand how the disease is transmitted, by which mosquitoes and where, will be at the heart of efforts to reduce human infections in the future.

To find out more: