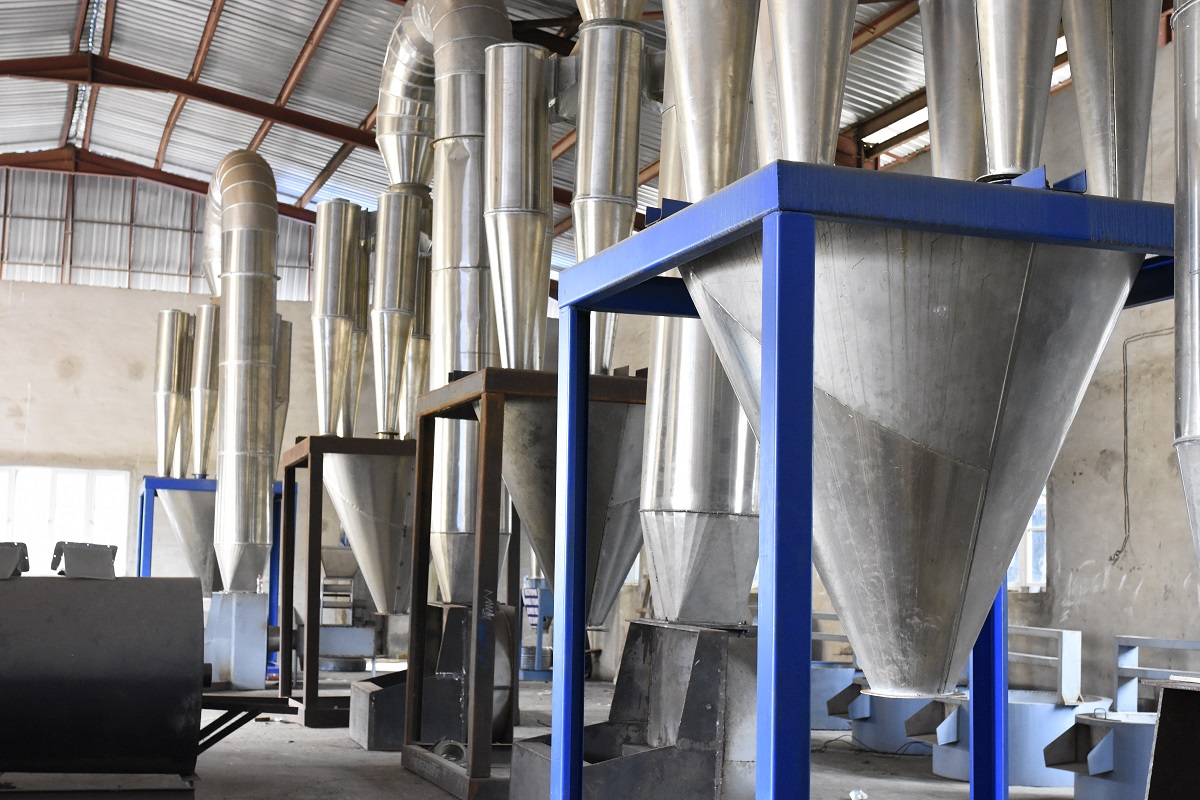 One of the ways CAVA2 supports smallholders is by offering farmers more ‘avenues for sales’ for their cassava roots. To ensure a smooth flow of roots from farm to product, CAVA2 works with SMEs to expand and develop processing capacity; a key issue is the availability of quality equipment and after sales service. ‘Nobex Technical Company Limited’ is a Nigerian manufacturer that has specialised in equipment for drying and roasting cassava.

At the Nobex company offices in Idimu, north-west of Lagos, we were greeted by the Managing Director, Idowu Adeoya, or ‘Mr Nobex’ as he’s known. “CAVA and CAVA2 really exposed us to international markets,” said Mr Adeoya. “We had not exported any equipment before CAVA,” he continued. “In CAVA we first exported a machine to Malawi and since then they’ve been using the machines. With CAVA2 we’ve installed another two machines in Uganda, and we are about to take another journey back to Tanzania.” Nobex has also successfully exported machines to Benin, Cote d’Ivoire, Ghana, Liberia, and Sierra Leone, with further installations in Nigeria. Mr Adeoya attributes this success to the achievements from CAVA and CAVA2. 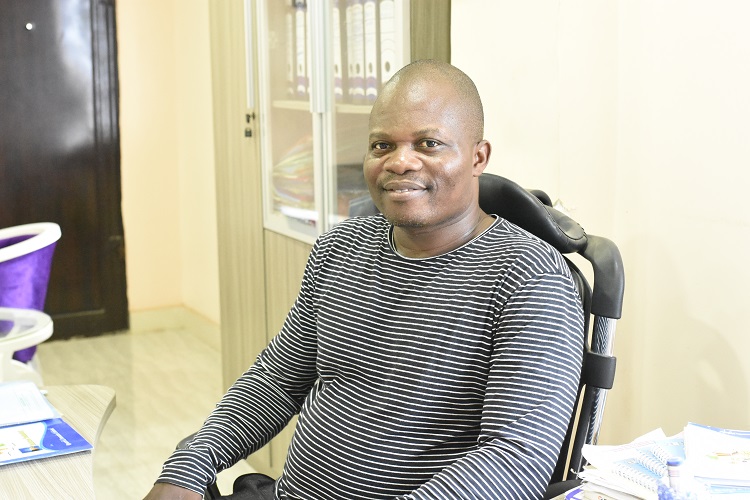 One of the machines that Nobex fabricates is a ‘flash dryer’, so called because it dries agricultural products almost instantaneously. Mr Adeoya recalled how, in 2006, he was first contacted by specialists from the Federal University of Agriculture, Abeokuta (FUNAAB) led by the Country Manager of CAVA Nigeria, Prof. Lateef Sanni, and a food processing specialist from NRI, Dr Andrew Graffham, from the Natural Resources Institute (NRI), University of Greenwich, uk. As part of a FUNAAB-NRI collaboration, they had encountered a Nobex flash dryer at a factory in Akure, 300km from Lagos. The team was interested in collecting some data about the dryer, in order to look into its efficiency. Mr Adeoya welcomed Dr Graffham’s interest and some months later he was visited by NRI agricultural engineering specialist, Dr Andrew Marchant. 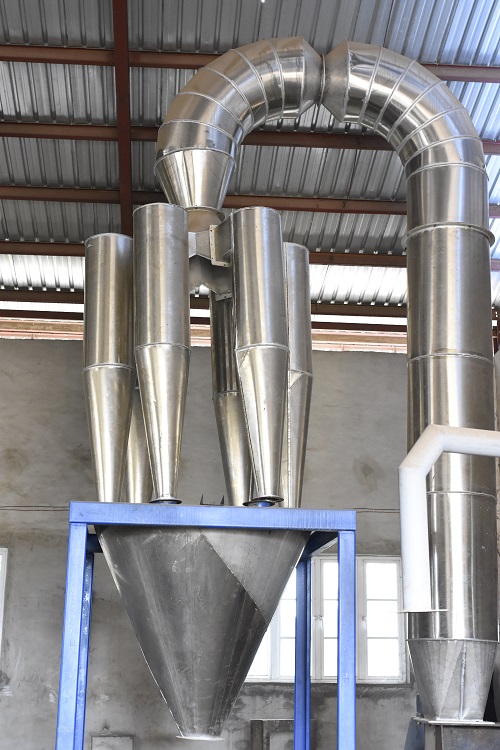 Under CAVA, Dr Marchant and the FUNAAB team worked together with Nobex engineers on the design and efficiency of their flash dryer, principally by improving the heat exchanger. This lowered fuel costs, which in turn lowered production costs. Other improvements include better finishing, binding and welding throughout the machine, increasing the number of ‘cyclones’ to process bigger volumes more quickly and ensure efficient separation. They also made amendments to the feeding system following feedback from processors. An additional bonus was the design of a heat exchanger that uses agricultural waste, such as cashew nuts, palm kernel shells and firewood, as fuel.

Using the improved design, Nobex fabricated the machines, and together with Dr Marchant, they carried out test runs and troubleshooting until they were ‘right’. Improvements included: reduced fuel usage from 374 to 65 litres per tonne of dried product, increased output from approximately 100kg an hour to around 330kg an hour of dried product, and increased efficiency, from 11 to 55 percent. Since then, machines based on this design have been exported to eight countries in Africa, with multiple sales in Nigeria including a contract of 40 units to the Nigerian Ministry of Agriculture through the Bank of Industry for use in SMEs. 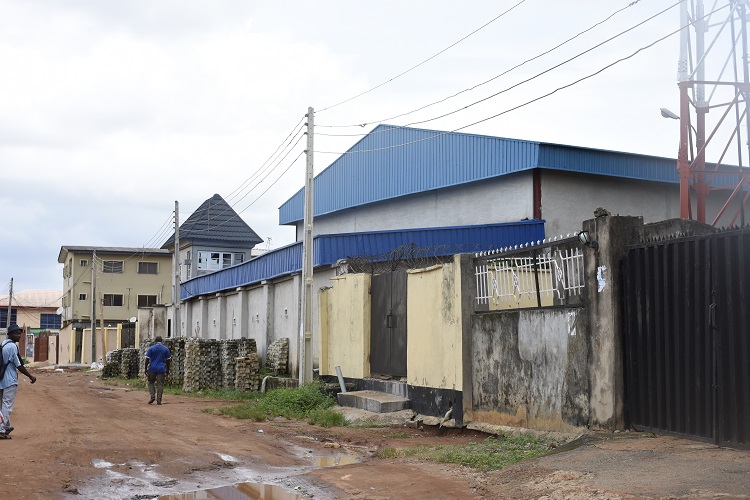 Just as a cog is one small part of a larger machine, so Mr Adeoya sees his position in the whole value chain, acknowledging the relationship between manufacturing and research, much like at www.cassavatech.com, a free service where visitors can find expert reviews, advice, and information on cassava processing equipment, including the Nobex dryer, and where manufacturers can advertise their equipment. CassavaTech grew out of CAVA, CAVA2 and the IFAD-funded, NRI/FUNAAB-led project ‘Increasing the Performance of the Cassava Industry in WCA’ (IPCI), which ran from 2014–2017.

Building on CAVA2’s experience and progress with Nobex in Nigeria, a complementary initiative is taking shape in Ghana, with the development of a new, fuel-efficient flash dryer on a smaller scale. Using a participatory technology development approach, NRI’s Dr Marcelo Precoppe, a Crop Postharvest Technologist with expertise in the engineering design process, worked closely with an equipment manufacturer and a cassava processor to begin production of the next generation of flash dryers, initially for the Ghanaian market, where this type of dryer had not previously been adopted.