For smallholder farmers in Kenya, drought-related climate risk and getting access to credit and insurance can be the make-or-break factors for agricultural productivity and economic security. According to the Kenyan Government, the four consecutive years of drought that blighted the country between 2008–2011 amounted to US $12.1 billion in losses. Financial blows that are this large and sudden cannot be financed by the government and donor community alone. 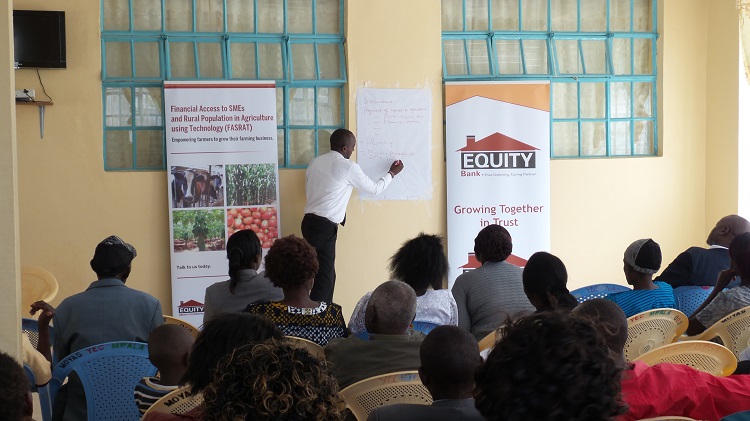 Against this backdrop, Dr Apurba Shee, a Business Development Economist at NRI, and Calum Turvey, Professor of Agricultural Finance at Cornell University, have developed a market-based, innovative risk-financing solution called Risk-Contingent Credit (RCC). Dr Shee has been co-leading a project with the International Food Policy Research Institute (IFPRI) – funded by the United States Agency for International Development (USAID) and 3ie – the International Initiative for Impact Evaluation – that is implementing RCC with smallholder farmers in two counties in Kenya to promote resilience against drought risk and provide access to credit for vulnerable communities.

Under this project, Kenya’s two largest banks, Equity Bank and Kenya Commercial Bank are fronting the RCC credit product to smallholder farmers and it’s being underwritten by APA Insurance. This project provides farmers with vouchers in the form of an insured loan which they can use to buy farm essentials such as seeds, 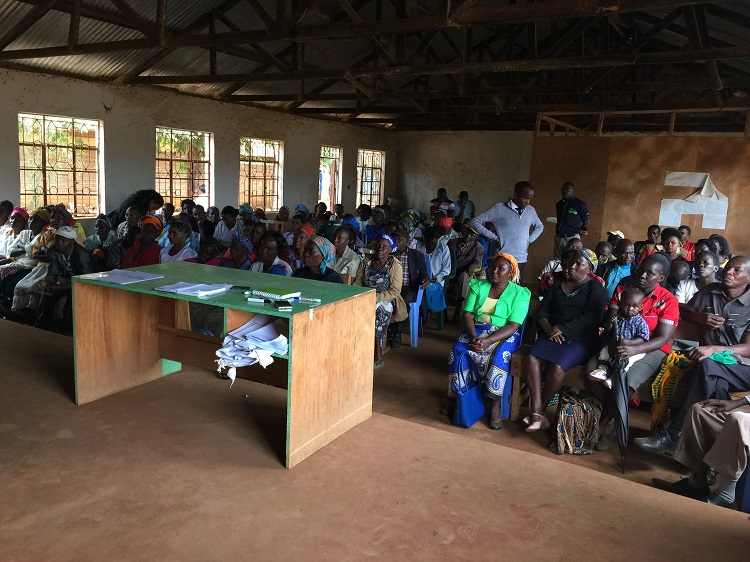 fertilisers and pesticides. It also provides much-needed training for the farmers to help them get the most out of the system.

So how does RCC work? Apurba Shee, who recently ran training sessions for smallholders on RCC in Machakos and Embu county, Kenya, explains: “the programme is basically bundling weather index insurance and agricultural credit together in a scientific way, based on long time series rainfall data. Rainfall insurance is designed with a dynamic trigger that follows the historical pattern of rainfall, triggering an indemnity if rainfall of the previous 21 days falls below a predetermined amount for example, 80%.”

Dr Shee continues: “If the rainfall is unevenly distributed, for example, there is good rainfall in one of the phases and no rainfall in others, the farmers’ crops may be destroyed. The question is how to capture this rainfall distribution in the index insurance that will be embedded in a credit model.”

The drought risk in Kenya makes traditional credit unsuitable as it’s too risky for the farmers to invest further in their operations because if the crops fail, they will lose everything. Beatrice Davi, a local farmer told Africa News Tonight: “most of the challenges that we have here are a lack of water and because the rain not being reliable, our crops die before they are mature, that’s the reason we are short of food.”

Safraz Shah from APA Insurance says: “The beauty of RCC is it’s not just about insurance; if farmers do not have money to buy seeds and fertiliser, they’re not going to farm. We’re enabling the farmer to get a loan from the bank then the insurance is valid so they don’t need to go to another person; it’s a one-stop shop solution and it has been tested in areas where there is no other insurance support.”

This year, around 800 Kenyan farmers have signed up to the credit and insurance scheme so the results will be carefully evaluated and potentially scaled up for the coming 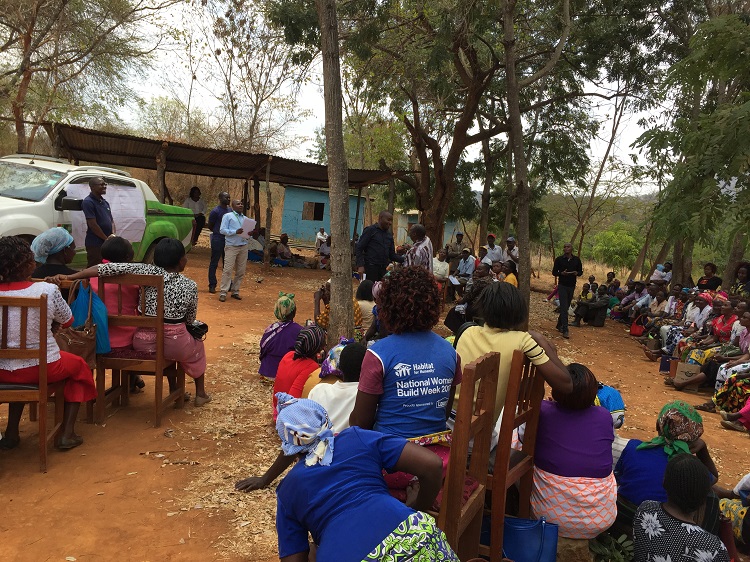 year. It’s hoped that if farmers experience bad weather and quickly receive claims pay-outs, that will send a positive signal to others who will be keen to become involved in the future.

Willie Zuguto is an agricultural economist with Equity Group Foundation, one of the local partners involved in the training phase. He says: “We are training the farmers to be able to manage their finances well, because many of them do not have enough funds to increase their production, let alone to factor in quantity, quality and value addition. We’re also helping the farmers to plan well for these funds, to use the loans properly and to repay them. In many cases when farmers take out loans, they misuse the money and then struggle to repay them.”

Dr Shee reports that uptake is now at 35% for traditional credit, while it’s reached 40% for RCC farmers who each receive $100 upfront, and has resulted in a whole list of first-time achievements for farmers such as opening a bank account, buying certified seeds and using fertiliser.

Beatrice Davi who farms five hectares of land, sums up the success of the RCC scheme by describing how the project has given households “a new lease of life” as they are capable of securing money, seeds and fertiliser in a safe way that before was unthinkable. Beatrice concludes: “I used to harvest less than ten bags of maize, but since joining this project I harvested 25 bags for the first time.”

Notes on above graph:

Up to four non-overlapping events, each paying an indemnity, make up the total indemnity. This structure resolves several problems that have plagued the implementation of rainfall-based index insurance in the past. It addresses directly the problem of intra-seasonal drought conditions while providing indemnities to rainfall across phenological growth stages across the growing season. Furthermore, it reduces the incidence of Type I (receiving an indemnity with no crop loss) and Type II (receiving no indemnity, when crop loss occurs) errors.

The effects of a dynamic trigger are illustrated in Figures 1 for Central Machakos in 2015, with one small event, and 2017 with one small, and two significant events. The rainfall deficit is measured by the difference between the rainfall trigger and actual rainfall in millimeters (mm). The green line is cumulative rainfall, the blue line is the rolling 21-day cumulative rainfall, while the red dashed line is the dynamic trigger. Arrows indicate an ‘event’, in which the rolling 21-day cumulative rainfall falls below the dynamic trigger. For example, the event horizon starts first at day 1- day 21, then day 2-day 22, day 3-day 23 until the end of the season day 73-day 93. In other words, there are 73 consecutive 21-day periods in the long rain period between October 15 and January 15th. Each period is examined to determine if the actual rainfall was below the trigger. If not, then the next sequential 21-day period is examined and so on. If the actual rainfall is below the corresponding trigger, an event is triggered. Subsequent events cannot be overlapping. For example, if no event is recorded at day 21 or day 22, but is recorded for day 23, another event cannot be recorded on day 24. The next possible date for a second event would be day 44, covering the 21 days between day 24 and day 44. Since events cannot be overlapping, at most 4 events could be recorded in a single long rain season.