Full of beans - rediscovering the lost coffee of Sierra Leone

Experts at the Royal Botanic Gardens, Kew have confirmed that a plant found in the Sierra Leone hills is that of Coffea stenophylla, the native Highland Coffee which was last collected in the wild in the 1950s. Kew coffee specialist Dr Aaron P Davis and NRI’s Professor Jeremy Haggar, collected the coffee plant sample on a recent trip to the Kasewe Hills in south-central Sierra Leone. They worked closely with Daniel Sarmu, who is drafting the Sierra Leone National Coffee Policy, and all are delighted to have found this rare Highland Coffee plant. The trip was supported and co-funded by the Darwin Initiative and the hope is that one day, Highland Coffee can become a viable product again. 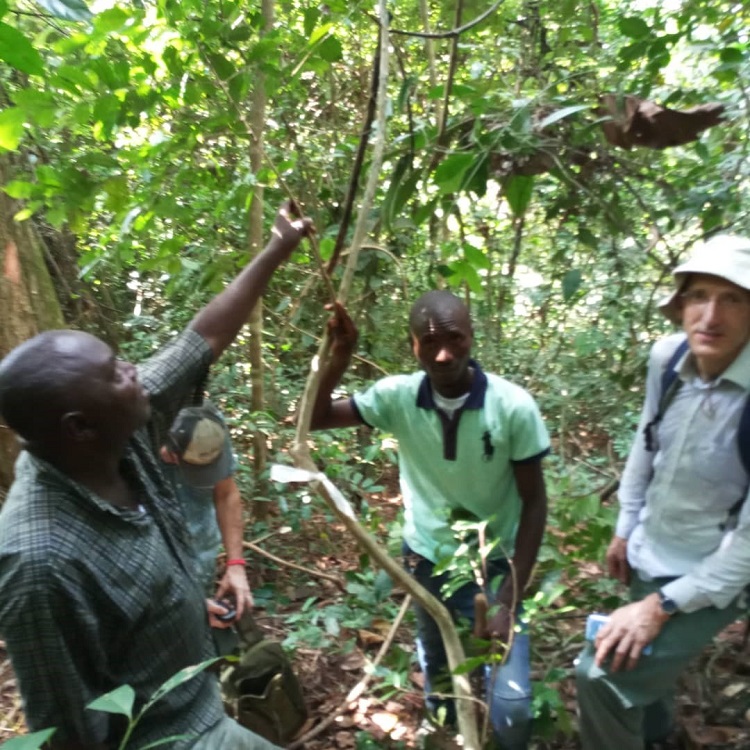 Dr Davis explains, “the taste of this Sierra Leone Highland Coffee is said to be better than Arabica and it can grow in much hotter and drier conditions, which makes it more resilient to climate change and drought. It’s a high-value, niche market coffee which could provide improved livelihood incomes for farmers.”

Coffee has a global appeal that shows no sign of abating; over two billion cups are consumed every day and more than 25 million families make their living from growing the beans. Most of the coffee that is grown comes from just two types of bean: Robusta, mainly used for instant coffee, and the more expensive Arabica.

Professor Haggar, an expert in agroecology at NRI, described the moment when he and Aaron Davis spotted the first plant growing in the shade, 394m above sea level in the Kasewe Forest Reserve; “Aaron was quite restrained, obviously the trip was to look for this plant, it was what we were hoping to find, but at the moment of discovery there was quite a lot of beaming at each other! There are lots of plants that look very much like it, so we were inspecting each one, firstly learning why it wasn’t what we were searching for, and then trying to find something else that’s similar but not the same.” 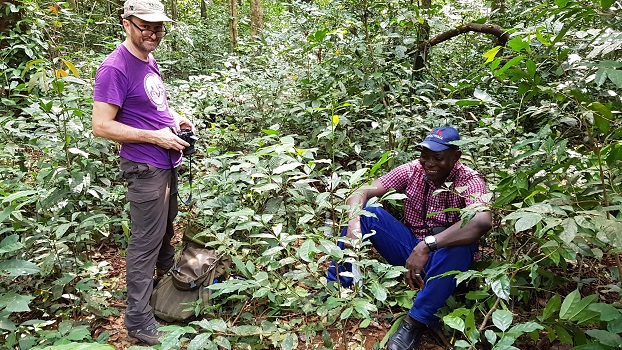 The Highland coffee, native to Sierra Leone, was first found in the early 1800s and was a big hit with the international coffee traders of the time. Documents from the 1890s up to around 1920, show that it was exported from Freetown and proves that it was the preferred coffee for buyers. The reports say that the coffee was sought after by French buyers as they considered it to be every bit as good as a top-quality Arabica.

Professor Haggar outlines the historic link between Highland Coffee and Kew. “I’ve seen old communications between Kew Botanic Gardens and the Sierra Leonean authorities about this coffee. Kew bought a farm as botanic gardens in Freetown and it turned out to be a coffee farm with two types of coffee growing in it, one of them Highland. Kew distributed that coffee around the world into different collections, but it was never brought into cultivation formally anywhere, because we understand that it has a fairly low productivity despite its good quality.”

Although lost from production there remains a very small number of plants in collections around the world. Professor Haggar explains, “there were some in Trinidad and Tobago that were flowering and growing well, and there was one plant in the international coffee collection in Costa Rica where I used to work – the largest public international collection – but there’s only one left. Aaron Davis found one plant in Uganda so it’s sort of been forgotten about and if no one cultivates them they gradually die off.”

The civil war in Sierra Leone which raged from 1991–2002, tore the country apart and devastated most agricultural exports. Before the war, Sierra Leone coffee of the Robusta variety, introduced by the British in the late colonial period, was more important than cocoa as an export and commodity. 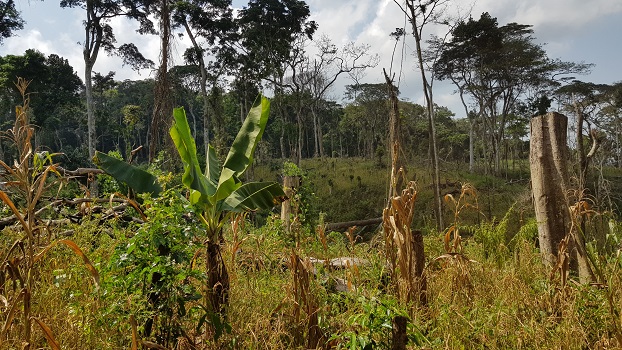 Daniel Sarmu says of the Highland Coffee, “since this is a unique coffee it may have a higher price in the international market. A lost glory will be restored and Coffea stenophylla could be rapidly propagated by stem cuttings and/or in-vitro means for farm establishment for both smallholder and plantation farmers.”

Davis and Haggar are united in the hope that if they could work with Sierra Leone farmers to bring Highland Coffee back into production again, it would give producers a “unique product” that they could sell for a good price on the international market. Professor Haggar explains, “there are buyers interested in this coffee because in the coffee world, anything that’s a bit different and tastes good, has a lot of interest, and people will pay.”