For Gilbert Okiror of Kapiri sub-county, Ngora District, eastern Uganda, it all began with cassava seed through CAVA2. For the uninitiated, cassava does have actual seeds, but they are very rare, as cassava is usually propagated vegetatively, by planting stems. These stems are what some growers call ‘seeds’. For Gilbert, the seed also sprouted a successful SME, ‘Koloin HQCF Processing Technology’, making high-quality cassava flour, chips and grits. 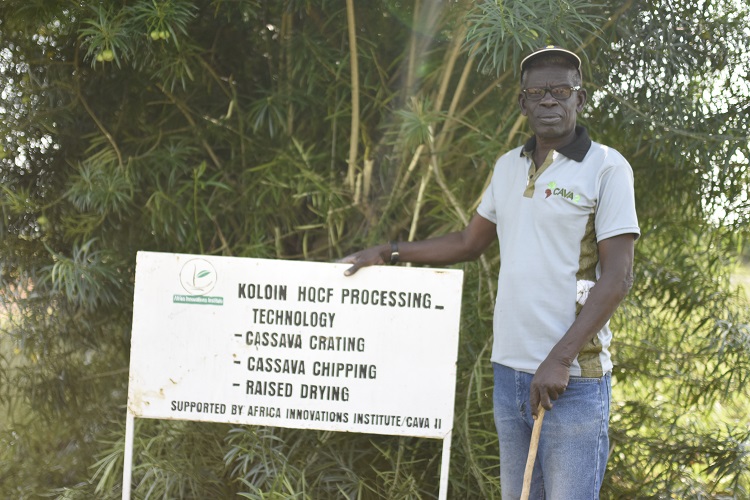 As a retired civil servant, Gilbert began his agricultural business by growing one acre of oranges, two acres of groundnut, kept bees, and reared livestock. He had also tried his hand at cassava, without much success. Then in 2015, he heard about the CAVA project and got in touch with Zonal Manager, Tony Ijala, who visited Gilbert on his farm, gave him some advice on planting, and recommended that he tried improved varieties of cassava, NaSE 14 and NaROCASS 1. CAVA connected Gilbert to the ‘Cassava Seed Systems’ project, who gave him access to these varieties. 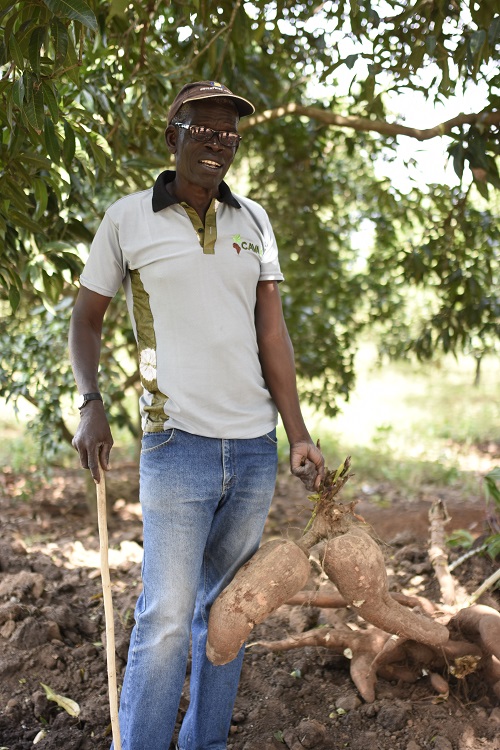 Then the CAVA training in good agronomic practices began. “They collected us, many farmers from the region and we went to Lira,” Gilbert recalls, impressed even with his first quarter acre. “The result is really very good,” he says, because the yield is very fantastic. One tuber can be as long as this stick. Then it puts about 27 tubers – 27! Then, it’s resistant – doesn’t rot easily.”

Gilbert continued selling his fruit and other crops, and began to sell the cassava stems he collected from his expanding cassava farm. With the proceeds, he invested in renting more land, and in planting more cassava, with support from CAVA. He works with almost 100 farmers from the local area, who are organised into groups, and who are now considered specialists in cassava planting. “I gave the cassava stems to some communities, who I trained,” explains Gilbert. “They are very happy with it.” Gilbert also provides extension services to over 1000 farmers from the local area. “And that’s how I came up with these 60 acres, after this training!” he exclaims.

Gilbert also processes fresh cassava roots. “CAVA really supported us,” he explains, “because they gave us access to the processing facilities – the drying racks.” The metal racks are raised off the ground, keeping the cassava clean and allowing air flow. “It takes a short time to dry. Now I produce very good cassava. Whoever comes, they like the quality of this cassava, because it produces very good flour for the bakeries, for bread and other things.” The racks are popular with the local community. “They want to come, to chip their cassava and to dry it here very fast.” 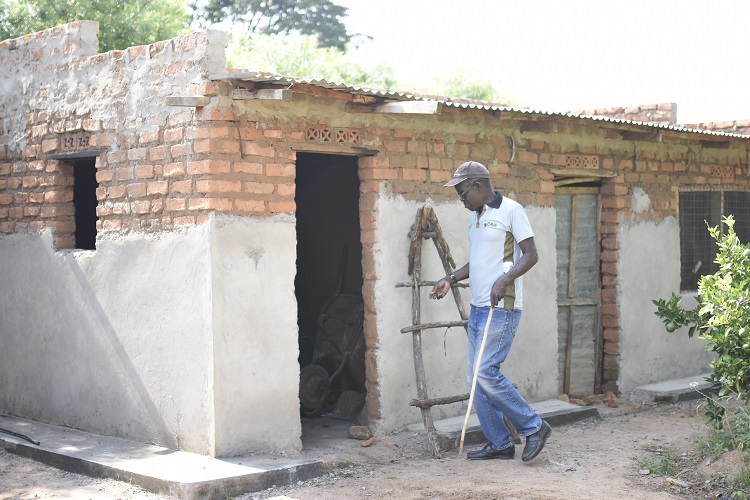 “CAVA showed us processing techniques,” Gilbert says, “and cassava seed multiplication, technical back up, farmer exposures, trainings, and helped us to repair our machines,” he continues, demonstrating his equipment. “I’ve already bought a hammer mill. The other structure behind you, it’s going to be my small factory, for chipping, grating and milling. I will squeeze most of those machines there. And all that, I did out of sales of cassava cuttings from CAVA.”

“I’m sure CAVA has introduced me to a very fantastic venture,” says Gilbert. “That’s why you see me spreading my tentacles. That small structure there, is out of CAVA, out of cassava stems, which I sold. It is a poultry unit. The demand for chicken and eggs is so high, and both will be for sale.” 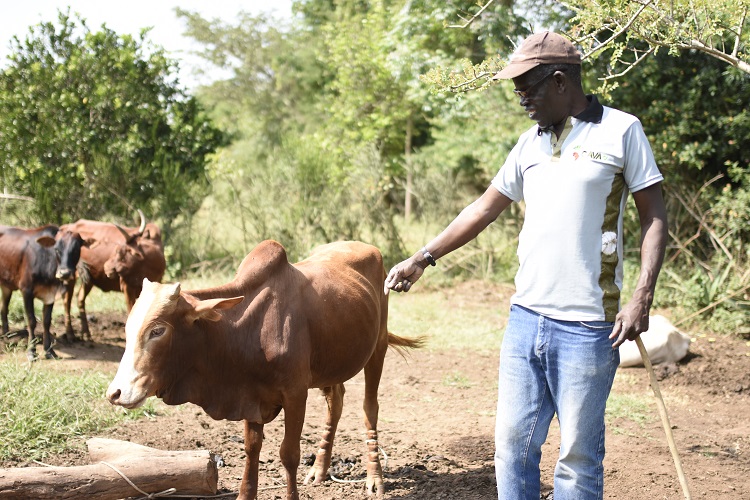 By selling cassava stems, Gilbert purchased equipment including a chipper and the drying racks, which allowed him to process cassava roots. With the earnings, he’s able to pay for school fees for his children, food, and medical bills, and invest in other enterprises like the beehives, the poultry house, an ox for pulling a cart, and inputs to grow other cash crops like ginger, pumpkins and watermelons.

And Gilbert invests in his own community. He’s dedicated to ‘farmer-to-farmer skill enhancement’, he trains women and youth in the cassava value chain, and has begun a ‘Farmers’ Savings Club’. “I must thank CAVA for changing my life, very rapidly,” he says. And now he is changing the lives of others. “You can see how wonderful CAVA is, especially if one is to utilise the knowledge,” he concludes.