There are 34 known species of mosquitoes in the UK, with an array of appearances, behaviour, favourite meals and preferred habitats. A type of landscape known for its association to mosquitoes are the wetlands, which include marshes, swamps, bogs and fens, among other types. This World Mosquito Day, 20th August, together with the interdisciplinary team of the ‘WetlandLIFE’ project, we are taking a closer look at mosquitoes, considering both the benefits and the risks they can bring to wetland environments. 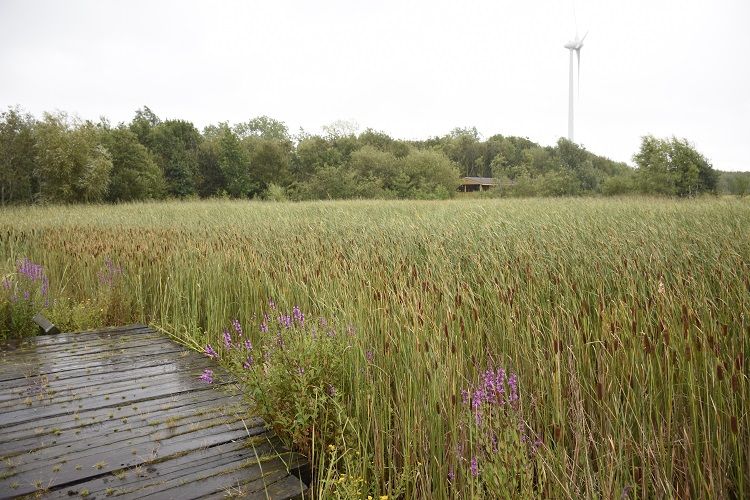 Led by researchers from the University of Greenwich, the WetlandLIFE project has been running since 2016, with collaborators from the Universities of Brighton, Bristol and Cranfield, Public Health England and Forest Research, collectively providing a unique range of expertise.

The WetlandLIFE project team, comprising social scientists, ecologists, environmental historians, artists and economists, has been exploring the values associated with wetlands in the past, present and future. NRI’s Dr Frances Hawkes, who coordinated the project’s ecological fieldwork, recently gave a series of guided walks to members of the public at Millennium Country Park in Bedfordshire, one of the project’s three case study wetland sites. 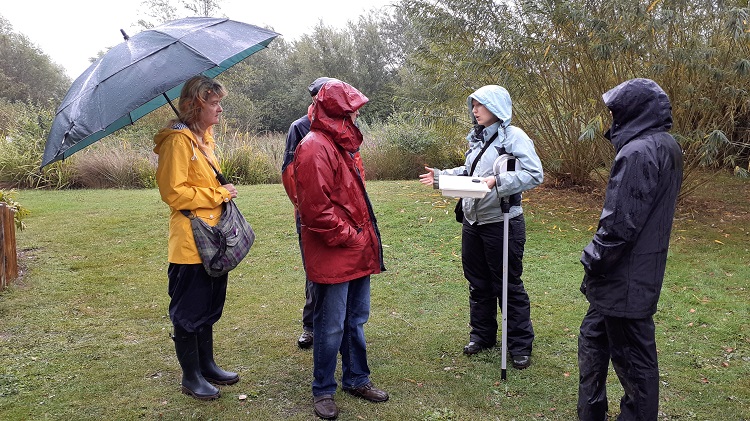 “This project shows the need to encourage the expansion and restoration of wetlands in the UK: they are fantastic places for wildlife habitats, they act as flood defences, and they are great recreational spaces,” says Frances. “Whilst we understand the community concern – if you’re creating wetlands, aren’t you creating a perfect breeding ground for mosquitoes? – whilst not untrue, it’s much more complicated than that.” 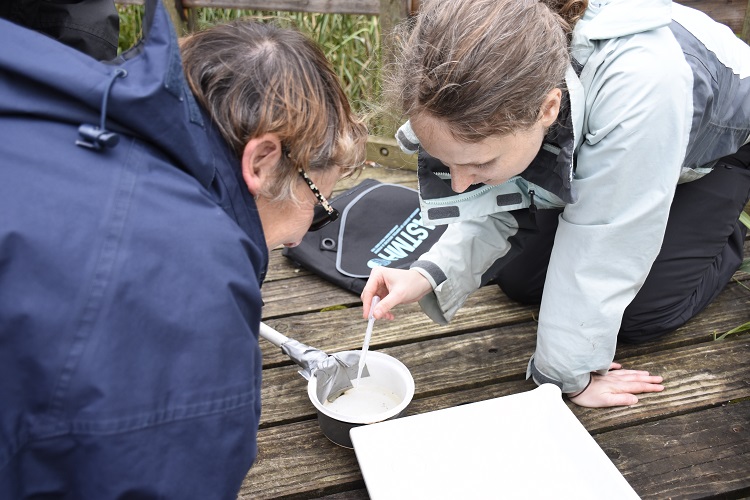 Frances introduced visitors to some common species of mosquitoes, their habitats, described their behaviour, their different life stages, and their importance. “The key message from the guided walks,” explains Frances, “is that mosquitoes are part of a healthy, functioning ecosystem. Within wetlands, mosquitoes are a very significant part of a massive food web. Their larvae are eaten by many aquatic insects like pond skaters, water scorpions and damselfly larvae, as well as frogs and fish, and the flying adults feed birds, bats and other insects, like dragonflies. These interactions help keep mosquito numbers in check and give us the wonderful wetland wildlife so many of us love.” 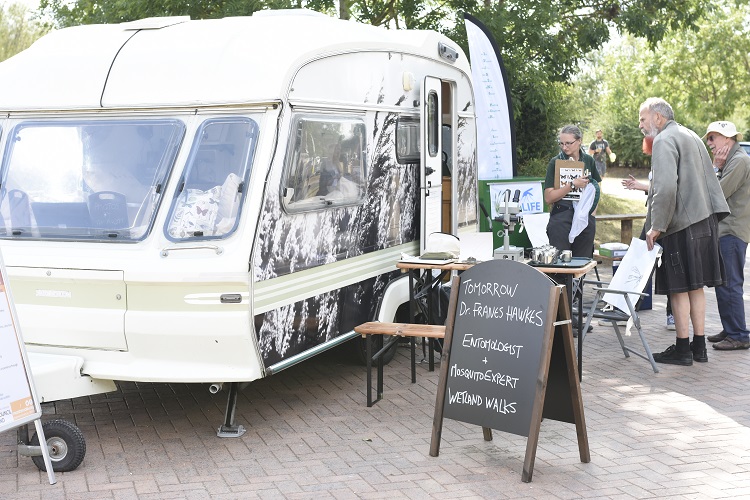 Frances’ talks were part of an arts-based initiative called ‘Wetlands on Wheels’, devised and created by artists Dr Kerry Morrison and Helmut Lemke of the WetlandLIFE project. Working and learning together with the project’s scientists, Kerry and Helmut came up with the idea of an interactive hub – a vintage caravan that combines elements of a scientific laboratory with an exhibition space and artistic installation. The caravan’s cosy interior invites visitors to learn more about the flora and fauna of the wetlands, including the species that depend on mosquitoes for their survival, through Kerry’s and Helmut’s designs and drawings which adorned everything from the upholstery to the floor, by examining specimens through microscopes, and reading information in every corner. Sound installations feature the ‘song’ of mosquitoes as they harmonise with their preferred mate – based on research led by NRI’s Prof Gay Gibson, nature sounds of the wetlands, and a short story by project writer Victoria H. Leslie. 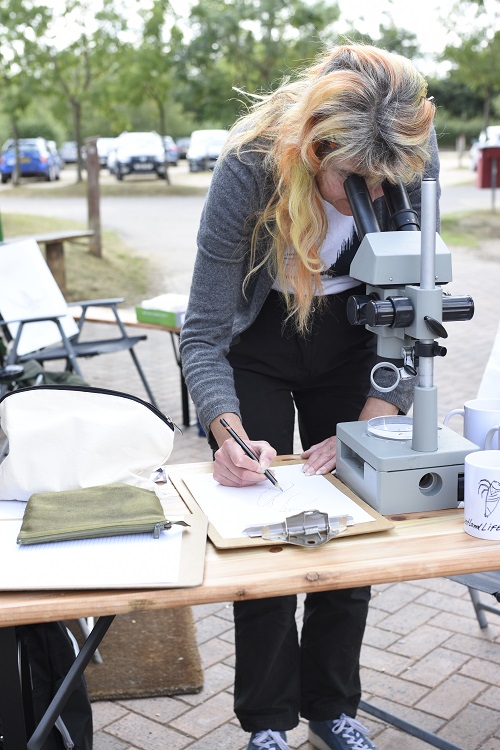 World Mosquito Day commemorates Sir Ronald Ross’ discovery in 1897 of the role mosquitoes play in transmitting malaria. Ross’ breakthrough led to the development of mosquito control strategies which have since resulted in insecticide-treated bed nets, indoor spraying and traps, coupled with anti-malarial drugs, which are estimated to have averted over 6 million deaths from malaria in the last 15 years. Despite these successes, over half the world’s population are still at risk of malaria, as reported by the World Health Organization (WHO). With over 200 million cases in 2017, this infectious disease continues to kill over 400,000 people annually. 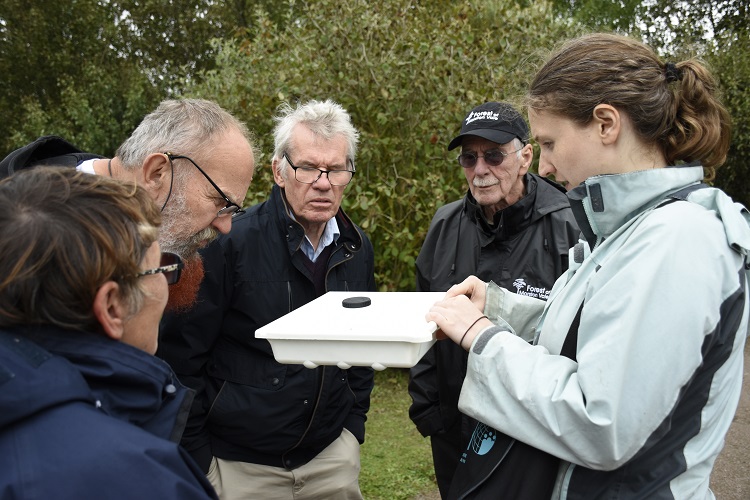 It is important to mention that greater understanding of mosquitoes, their behaviour, and how they interact with their habitats and with people, continues to lead to effective control strategies. “There are currently no mosquito-borne diseases in the UK,” says Frances, “and the ecological work of the WetlandLIFE team will help contribute to the evidence base that limits any potential nuisance issues”. The team are currently writing a guide for wetland managers on which mosquito species are associated with which wetland habitats. As only a few species are associated with nuisance, this may help in habitat management to limit the number of these without disrupting the many other species that do not feed on humans.” 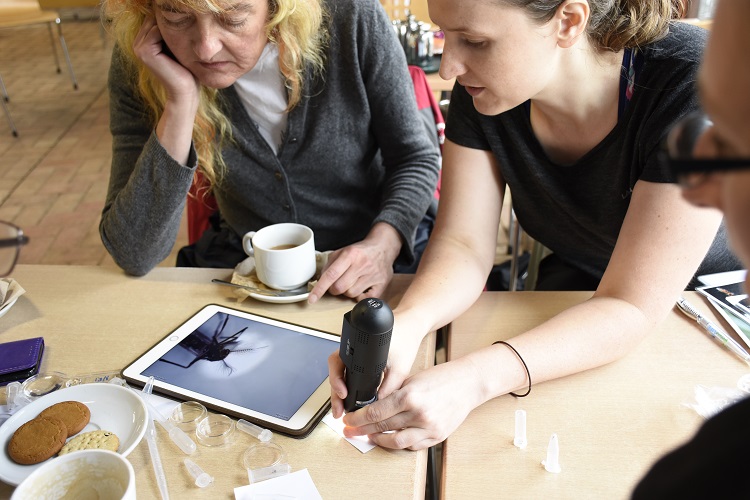 You can visit the Wetland on Wheels exhibition and take part in free events with WetlandLIFE artists and researchers at the Forest Centre, Millennium Country Park in Bedford, from now until Sunday 25th August. 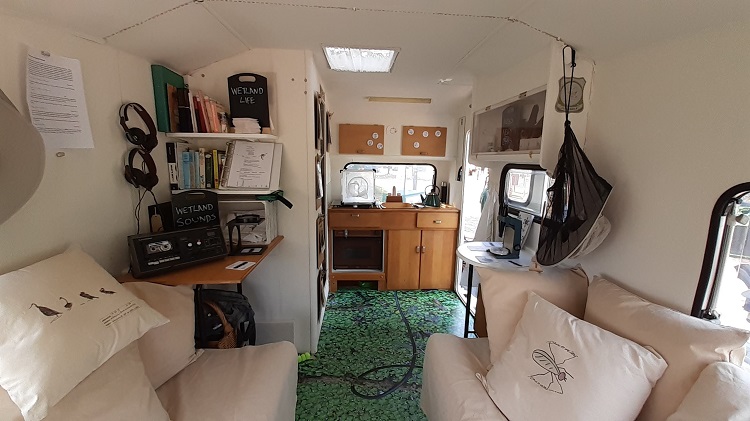 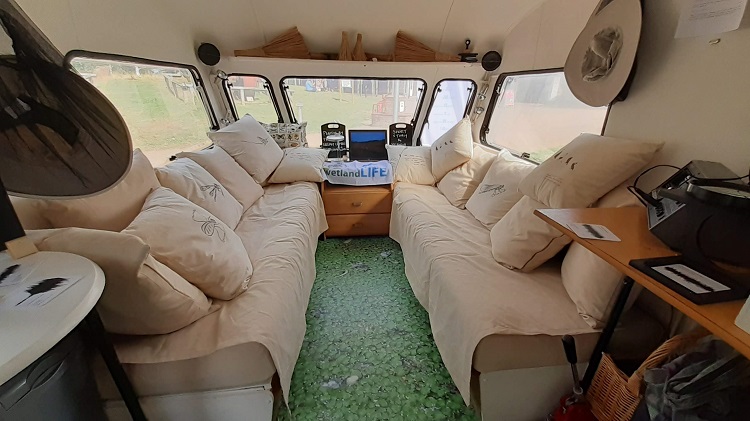