Coffee is so much more than just another hot beverage. We depend on it to kick-start our mornings, and round off a nice dinner. It’s a useful social prop, and now its alleged health benefits (regular coffee drinkers report lower instances of diabetes, Alzheimer’s and depression to name a few) are well known. For some it’s a way of life, and no more so than for those who grow it, and to avoid the dreaded ‘boom and bust’ for the farmer, the race is on to discover more sustainable forms of production. 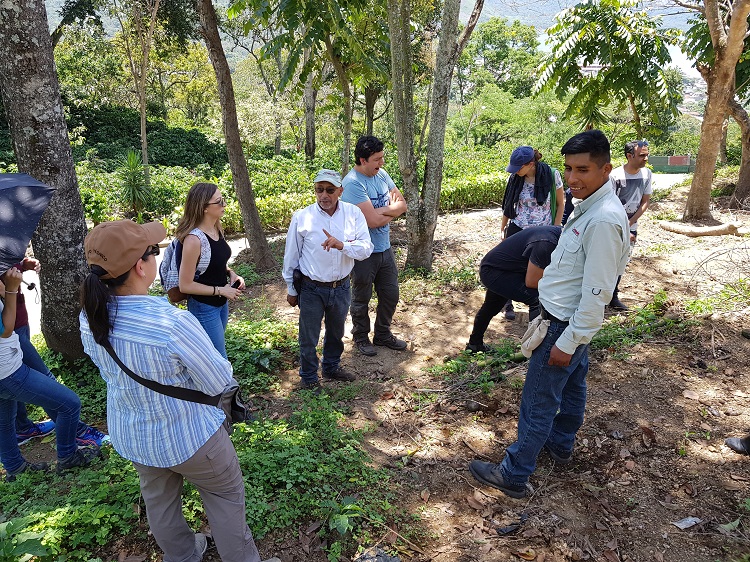 NRI’s Professor Jeremy Haggar has just returned from Costa Rica where he oversaw the signing of an official agreement of collaboration on a project to produce sustainable coffee, and meet carbon neutral targets in the coffee industry in Costa Rica and Guatemala.

Funded by the Global Challenges Research Fund (GCRF) through Biotechnology and Biological Sciences Research Council (BBSRC) and, the project draws on agri-systems research to enhance livelihoods in developing countries helping farmers to increase productivity in the most economically and environmentally sustainable way.

NRI partnered with the Tropical Agricultural Research and Higher Education Centre (CATIE) in Costa Rica, and the Universidad del Valle (UVG), Guatemala, to sign the official agreement of collaboration. Professor Haggar was pleased with the overall positivity of the first planning meeting between the partners, which agreed a common understanding on objectives and deliverables. There was also much discussion on how to go about achieving these goals with the stakeholders from each country, including representatives from the respective National Coffee Institutes.

Costa Rica is leading the way with an ambitious target of achieving carbon neutral coffee production by 2021, something of which Professor Haggar

approves but says is very ambitious. He explains, “all sectors in Costa Rica now have to develop their plans as to how they’re going to achieve this goal. This includes the Ministry of Agriculture and the Ministry of the Environment, working together to achieve the common goal of carbon neutrality for the coffee sector in Costa Rica, hopefully in a short space of time.”

Professor Haggar’s job is to identify the best approach to increasing production, without damaging the environment and negatively affecting future yields. He explains, “one way of increasing production is to cultivate more land, another is to increase the intensity of production on the existing land. However, either can have negative environmental effects so you generate evidence as to how to achieve the best balance between productivity and sustainability. When working with the coffee farmers, we also have to take into account high volatility of market prices and possible disease outbreaks.”

Professor Haggar’s project is called ‘Sustainability Intensification Trade-offs in Coffee Agro-forestry in Central America’, and as the name suggests, it addresses the compromises and problems faced by coffee farmers who depend on a high yield of coffee for their economic survival.

There is a contradiction in the way that the coffee production systems have been evaluated economically in the past. Professor Haggar observes that it used to look as if the most intensive production strategies were the most economically profitable, but now he notices that farmers are moving towards more sustainable practices in the field and it’s important to understand why this is. 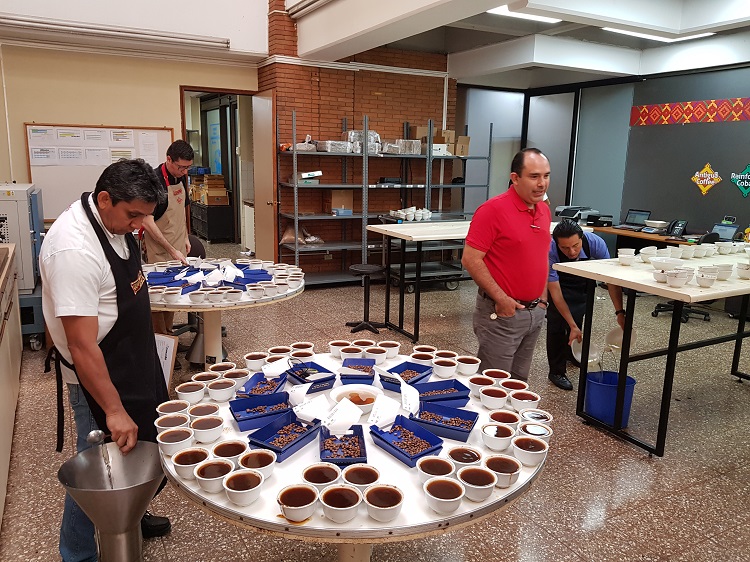 So-called ‘shaded coffee’, letting coffee bushes grow in conditions similar to how they’d grow in the wild, could be the answer to helping farmers maintain future sustainability and economic resilience. Professor Haggar explains the history: “In the 1980s and 90s, the push was towards growing coffee bushes without shade because in the short term you’d get higher productivity, but those systems are dependent on higher levels of farming input in terms of fertiliser for example, so when the price of coffee crashed and the farmer couldn’t afford to buy fertiliser, the coffee plantations died. Shaded coffee is more resilient and the coffee crops won’t die if the farmer can’t afford to tend them. The bushes will naturally lower their productivity and when conditions improve again the farmer can add a bit more fertiliser and thin down the shade trees to increase productivity again, so it’s a more flexible, resilient system.”

The coffee sector is very concerned about the impacts of climate change and the threat it represents to global supply, and the low price of coffee on the markets and fluctuations in price indicate potential economic instability for everybody in the chain, including traders as well as farmers. For farmers in particular, the uncertainty makes it very difficult for them to invest in improving their production system, so it becomes a global systemic problem. Experts agree that action needs to be taken now to ensure the future of the coffee bean and there are hopes that collaboration between nations such as Costa Rica and Guatemala could be a good starting point.