Brewing up success: CAVA2 combines quality, training and technology for farmers and industry 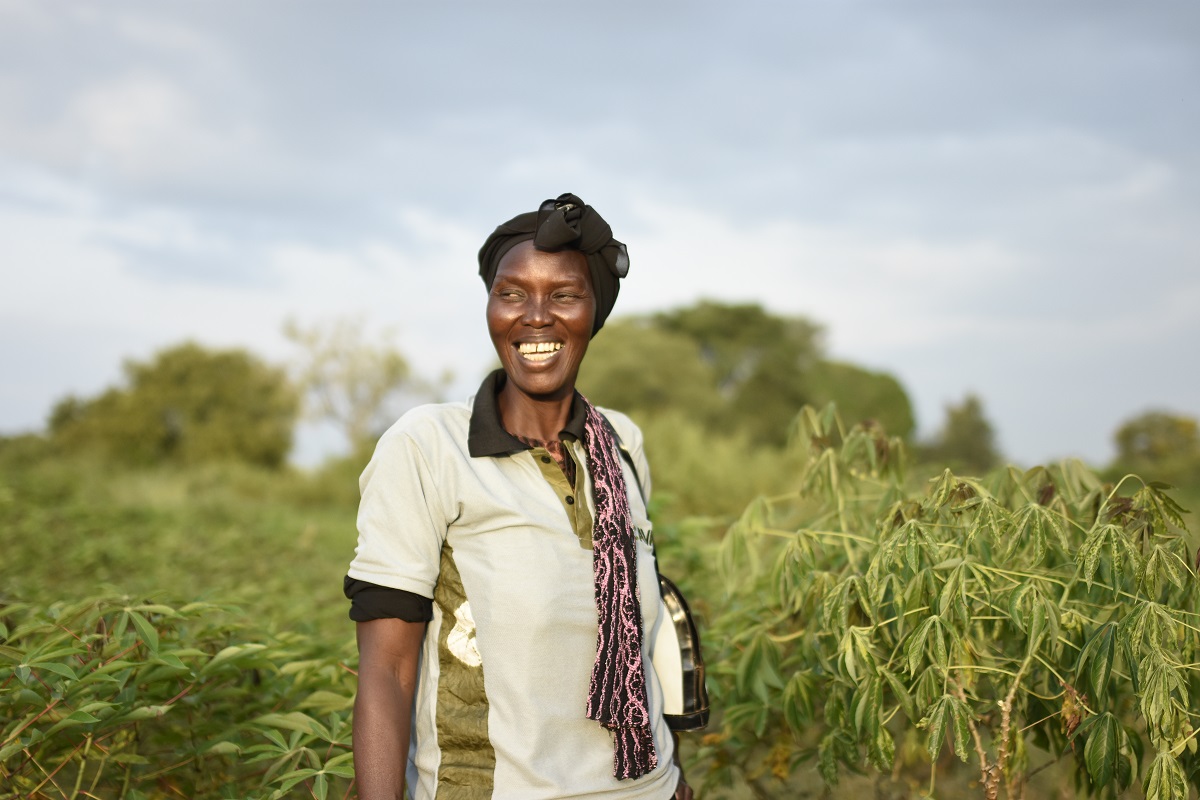 In the face of climate change, cassava is no longer considered just a ‘famine reserve’ crop, but a prime raw material for industry and a sustainable business for farmers. “When the brewery was looking for options, a contingency plan,” says Joseph Kawuuki, Agriculture Manager at Uganda Breweries Limited, “there were cases we were struggling with sorghum, and we thought of cassava. It is tolerant to the changing weather patterns, because the majority of (other) crops have been affected by this, especially a lot of drought. Actually, our biggest beers by volume are from cassava.”

In 2013, Joseph met the CAVA team, and together they carried out a study on the viability of using cassava in their beer; they visited farmers, collected cassava samples, and used 300 tonnes of fresh roots for trials. In 2014, UBL scaled up to 2,500 tonnes and now they use 6,000 tonnes of cassava every year. The ready supply of good-quality cassava from smallholders that UBL now enjoys did not happen by accident, as Joseph attests, “it is good that CAVA had run round the country mobilising farmers; availing improved varieties, linking farmers to markets, helping the suppliers and the farmers to access technology for processing cassava. And then continuously developing them.”

Zaituna Amuge Emuutu is a farmer with 40 years’ experience, whose cassava yield improved after CAVA training, expanding from one cassava garden to three. “We started with NASE3, which seemed a very high-yielding cassava withstanding heat conditions, diseases. We’re really finding life moving with that.” Along the same line, Paul Okelo, Agronomist at UBL, tells us, “We have realised that for farmers to find cassava a profitable crop, then productivity is very important, because if farmers are able to yield better, they are able to get a lot more money. CAVA has helped the farmers identify better, new varieties that we have produced and introduced in the Ugandan market. I credit the promotional extension of those varieties a lot to the work that CAVA was doing, alongside other research organisations like NARO, and together with UBL.”

“After getting more and more trainings from CAVA, our group transformed into a cooperative in 2009,” says Zaituna, describing P’KWI, the Popular Knowledge Women’s Initiative. “Currently, we have 2500 farmers. We ensure that uprooting of cassava is very early! When the sun rises, you’ll be transporting, so that you peel and wash in time, and the grating or chipping takes place before the sun is wasted.” 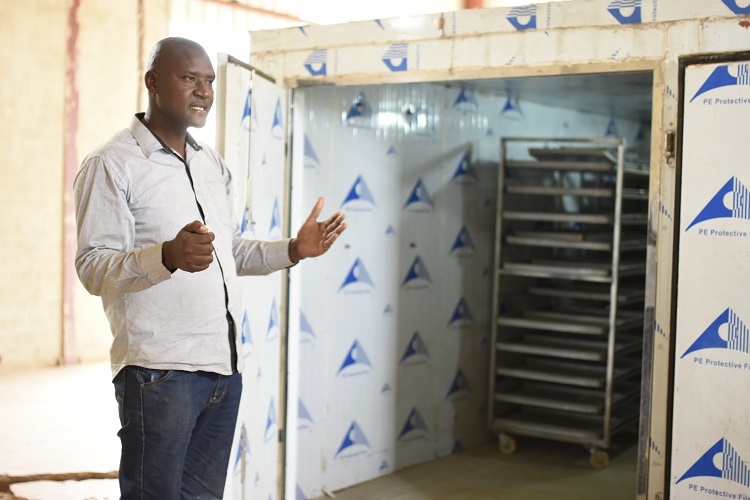 Zaituna’s dedication is bolstered by her vision of the CAVA process. “We found adding value to cassava was good,” she says, “Number one, you get clean cassava for eating, for making different types of breads and other foods. It is used as a cash crop and a food crop. It is also used as a feed mixed with other things for animals, and for making starch, and we use our peelings for making briquettes (like charcoal) for cooking. So, me and the farmers, we are happy. Some of them started processing cassava chips, or grits. We found that the community could come and buy our products for making pancakes. Other markets also came, and CAVA supported us. So that encouraged us to grow more cassava.”

Joseph Kawuuki of UBL agrees, “When we came in it is like we completed the chain. CAVA mobilised the farmers, trained them how to grow and process the cassava. Then we came in as the uptaker. The cassava farmer is assured of who is going to buy the crop.” Joseph is certain of the benefits to the brewery, which include, “assured production, because at the height of serious drought, we will totally run out of raw material, but now we know that we can always have a recipe for accessibility.”

CAVA also facilitated access to other processing machines, such as chippers and presses, for the smallholder processors. Zaituna is sure of the benefits, “My livelihood has improved. I have enough skills and knowledge in managing cassava in many areas. I have managed to construct a better house, out of the sweat of CAVA. I get good money and I could buy animals. Through CAVA also, I managed to educate my boy up to university level.”