Bees are big news right now and humankind has realised two important things: how interlinked bees’ survival is with its own, and that bees are in trouble and urgently need help. Their distress call has reached the ears of government with Defra’s (UK Department for Food and Rural Affairs) Pollinator Advisory Steering Group (PASG) delivering a National Pollinator Strategy and helping develop changes to farming practice and land management. The good news is that by doing less to our parks, hedgerows and gardens, we can do more to help bees.

Beekeeping, particularly in cities, has become a popular hobby; it’s personally rewarding and people believe it to be environmentally friendly, but do too many beehives actually cause unintentional harm to wild 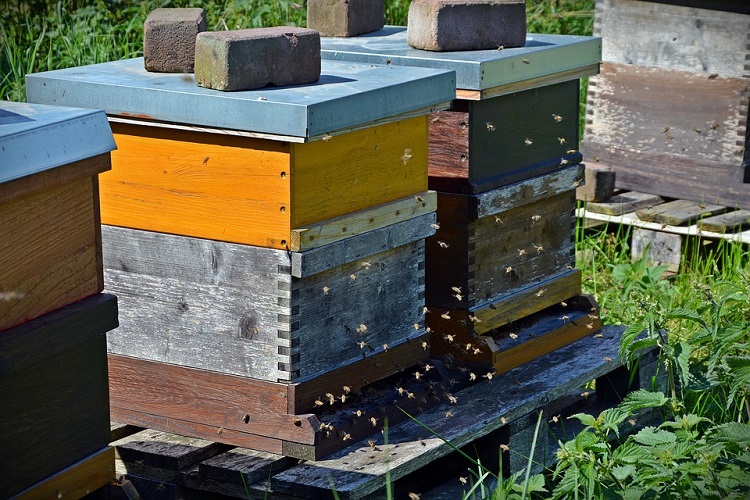 Professor Phil Stevenson of NRI and Royal Botanic Gardens, Kew, an expert on plant chemistry and a member of the PASG on bees, appreciates the sentiment behind the practice by some inner-city businesses and even government departments to host beehives on their roofs. But he also asks “Does having 50,000 hungry bees on a rooftop in the centre of London actually do anything for the environment? Or could it even be damaging?”

He explains that honeybees are essentially domestic animals that require food provision (nectar), to provide a food product (honey). “They do provide essential pollination services for some crops, but in the city they are foraging on the already limited floral resources that are otherwise all there is for wild species of bees. The honeybees’ focus is on harvesting pollen for the hive so they waste very little. They’re simply not as good at pollinating as wild species that carry pollen all over their typically hairier bodies.”

There are around 275 bee species in the British Isles alone, all of which are important to the production of crops or to supporting natural and semi-natural habitats. For example, 100 species have been recorded recently in the 300 acres of Kew Gardens in Richmond, West London, which is in large part due to the abundance of native weedy species in the hidden corners rather than as a result of the pristine display beds.

Professor Stevenson cites evidence that honeybees outcompete wild bees due to the sheer numbers alone, but they are also physically larger than most other bee species so require more nectar to survive. Honeybees are also generalists, meaning they forage on most nectar-producing flowers.

Wild bees often specialise on just a few pollen sources, relying heavily on native plants, so they’re more at risk of food shortage at the same time as battling for food with honeybees. The ivy bee (Colletes hederae), for example, only collects pollen from ivy flowers (so think twice about pulling down that ivy this summer!).

And more worryingly, there is now evidence that honeybees spread disease to wild bees. A recent study reported that within 1km of a honeybee hive, around 20% of flowers, which are primary points of infection, were infested with bee viruses such as deformed wing virus and black queen cell virus.

Professor Stevenson follows the social media chat among the expert beekeepers, especially in London, who are concerned about city beekeeping getting out of hand, with poor practice, disease and more frequent swarms. There are calls for regulation of beekeeping similar to that in other major cities of the world including New York, Washington DC and Paris.

Professor Stevenson says we mustn’t demonise honeybees: “If people want to really help wild bees to flourish, particularly in cities, they’d be better off by not doing so much gardening. For a bee, a tidy and pristine garden often provides few good food sources. For example, leave the area under your shed alone, don’t repeatedly dig over your borders because that’s where some mining bees make their nests, let patches of wildflowers and weeds grow, and cut the grass less, allowing dandelions and cats-ears the chance to flower.” All excellent news for reluctant gardeners.

the massive food resources that hedgerows and trees like Lime, Cherry and Chestnut provide for bees, and include these in city planning. Councils, already reaping the financial benefits of less urban gardening, could also provide bee-bricks and nest boxes in parks to support wild bee species.”

Beekeeper associations could do more to encourage new enthusiasts to consider supporting wild species in gardens or even to share hives. Professor Stevenson’s own garden in South West London has seven different wild bees nesting in his own purpose-built nest boxes. “What’s crucial”, he explains, “is to keep the conservation conversation alive and the more we know, the better job we can do of supporting nature in our urban landscapes.”