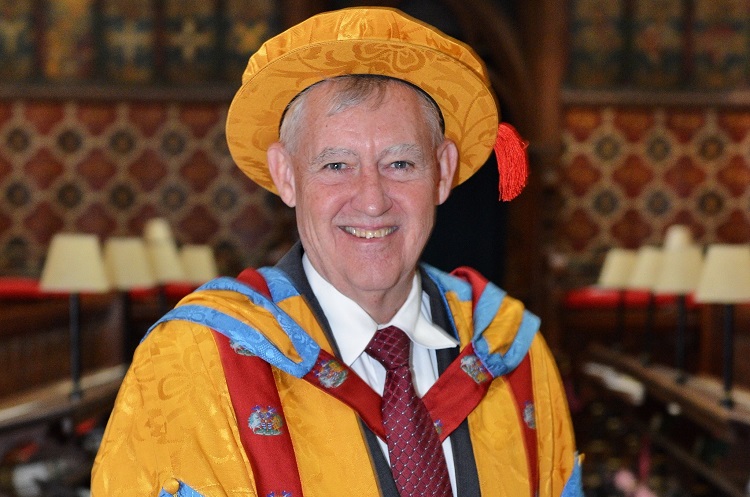 ‘Hidden hunger’ occurs when people lack the essential vitamins and minerals needed for a full and healthy life. Around two billion people worldwide are affected by hidden hunger. Visionary economist Dr Howarth Bouis saw that one way to mitigate this problem was through ‘biofortification’ – the conventional breeding of crops with higher levels of essential micronutrients – and so founded the HarvestPlus programme, for which he is currently Ambassador-at-large. The mission of this CGIAR programme is to develop and scale up the delivery of biofortified nutritious crops and to provide global leadership on biofortification evidence and technology. Dr Bouis is being honoured by the University of Greenwich for his dedication, commitment and pioneering work to end global hidden hunger. In a ceremony at Rochester Cathedral on 27th July, he received the degree of Honorary Doctor of Science (HonDSc).

Dr Bouis was awarded the 2016 World Food Prize (the Nobel Prize of Food) for his work in biofortification. Alongside colleagues from the International Potato Center, Dr Bouis has used the sweet potato and other staple crops to improve the health of over 25 million people. Dr Bouis pioneered the concept of biofortification in the early 1990s and has devoted his entire career to turning this idea into a global movement to reach smallholder farming families globally.

NRI has collaborated with HarvestPlus since 2006, and was a key partner in the ‘Reaching End Users’ project funded by the Bill & Melinda Gates Foundation. This project was a pivotal piece of work which demonstrated that the nutrition of young children and women of child-bearing age could be improved by consuming biofortified crops such as orange-fleshed sweet potatoes, high iron beans and iron-rich pearl millet. 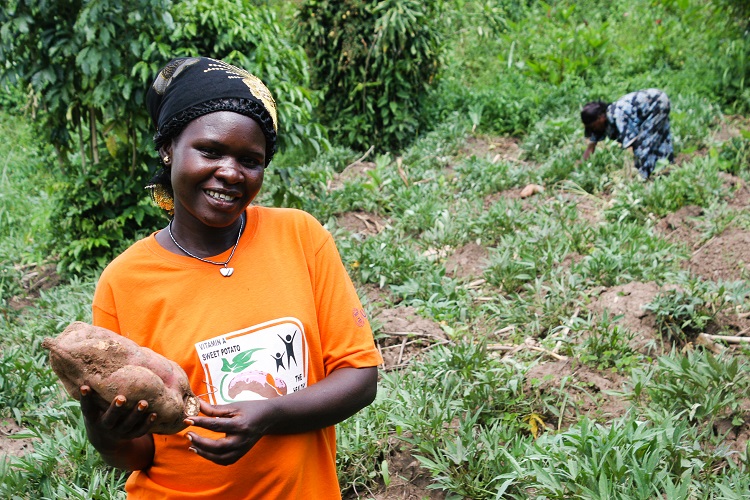 At a seminar at NRI on 26th July, Dr Bouis discussed the task of reducing mineral and vitamin deficiencies through biofortification, and the progress made at HarvestPlus. He took the audience back to the founding of the programme in 2003, detailing how his team had to prove to the plant science and nutrition communities that biofortification could work, and show evidence that the adoption of biofortified crops by farmers could be scaled up and a public health impact demonstrated.

With an estimated 25 million farmers and consumers presently growing and consuming biofortified crops, Dr Bouis and his team have proved that biofortification works. Their final and major challenge is to mainstream biofortification into the fabric of ‘business-as-usual’ of a range of organisations and to provide leadership over the next decade in one of the largest nutrition interventions ever undertaken.

The Honorary Doctor of Science at the University of Greenwich recognises Dr Bouis’ commitment to improving the nutritional quality of food crops, his dedication to improving nutrition throughout the world and his significant contribution to highlighting linkages between agriculture and nutrition towards better global health.

Adapted from a story by Public Relations, University of Greenwich