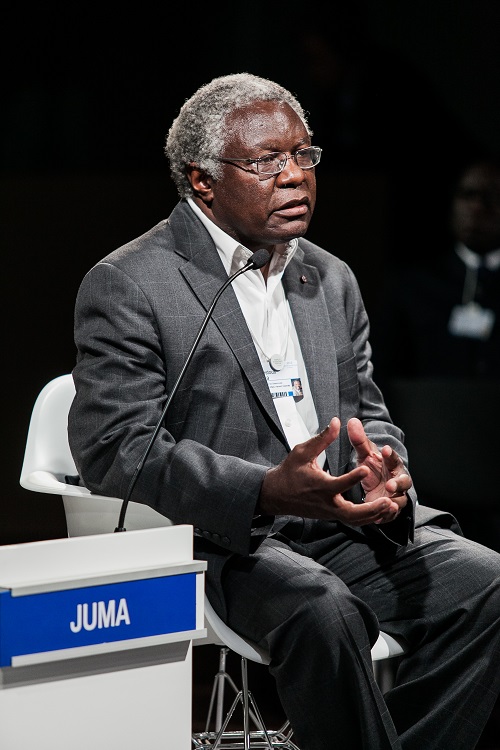 NRI has just heard the news of the death of Calestous Juma in Boston last week. He had been unwell for some time but his death was still a shock to his many friends and colleagues. Professor Juma was a well-known international figure in academic and development circles, especially those concerned with technology development in sub-Saharan Africa.

He received his doctoral degree from the Science Policy Research Unit (SPRU) at the University of Sussex in 1987 before moving back to Kenya to establish, alongside his wife Alison, the African Centre for Technology Studies (ACTS) in Nairobi. This was the first of its kind in Africa to focus primarily on the social and economic impact of science and technology and has had a major influence on the region’s development over the past 30 or so years. NRI was closely involved with ACTS in its work for the DFID Research into Use programme over the period 2004 to 2013. Professor Juma then went on to fulfil a variety of roles, in particular as Executive Secretary for the Convention on Biodiversity and latterly as Professor of Development Practice at the Kennedy School in Harvard University. He was awarded an Honorary Degree from the University of Sussex in 2006, in recognition of his work on the applications of science and technology in both the developed and developing world. Professor Juma’s critical analysis of the role of innovation in transforming societies has informed current thinking, practice and also our teaching. We offer our sincere condolences to his family, friends and colleagues across the world.