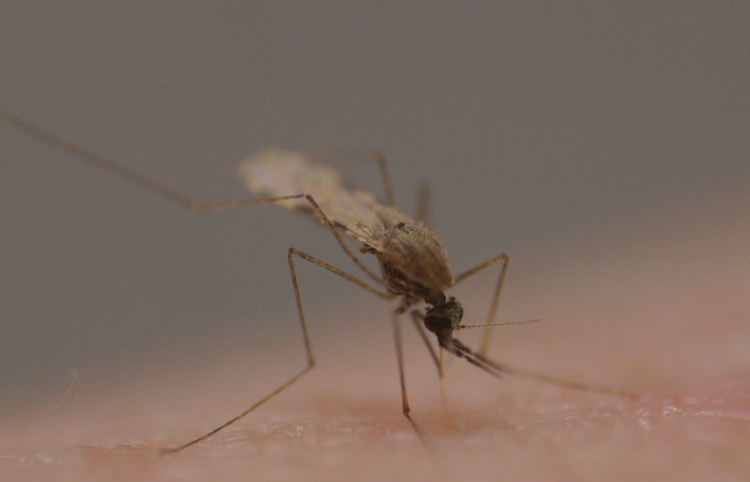 Saturday 20th August is World Mosquito Day. It might seem strange to ‘celebrate’ the mosquito, given their role in the spread of many infectious diseases, such as yellow fever, West Nile Virus and the recent global health emergency created by the Zika virus. However, the relationship between mosquitoes and the spread of disease was not always known. World Mosquito Day celebrates the discovery of the role mosquitoes play in malaria transmission. On this day in 1897, Sir Ronald Ross made a breakthrough that would later earn him a Nobel Prize in Medicine when he found malaria parasites in dissected mosquitoes of the genus Anopheles. By identifying mosquitoes as the agents that spread the parasite from person to person, Ross opened the way for us to reduce the risk of malaria infection by controlling the mosquito itself.

Since Ross’ landmark discovery, mosquito control strategies have made a huge impact on lessening the burden of malaria in endemic countries. In particular, the last decade has a seen a concerted international effort to reduce the disease through mosquito control. Over 150 million long-lasting insecticidal bed nets have been distributed in sub-Saharan Africa and this, coupled with improved testing and treatments, such as the anti-malarial drug artemisinin, are estimated to have averted over 6 million deaths from malaria in the last 15 years.

Despite these successes, over 3 billion people are still at risk of malaria, as reported by the World Health Organization (WHO). There were nearly half a million malaria deaths in 2015, and many of these were children under the age of five.

Alongside research partners across the world, NRI continues to work to improve our understanding of malaria mosquitoes and other pathogen-transmitting mosquitoes, including Aedes species, which can spread dengue and Zika viruses. “It is absolutely vital that we understand the behaviour and ecology of mosquitoes if we are to stand the best chance of controlling them and ultimately reducing the incidence of mosquito-borne disease,” says Dr Frances Hawkes, Research Fellow and Entomologist at NRI. “The old saying is true: you need to know your enemy!”

Recent research published in Parasites and Vectors by Dr Hawkes and Gabriella Gibson, Professor of Medical Entomology at NRI, has shown that the main malaria mosquito, Anopheles coluzzii, uses both its vision and sense of smell when searching for a person to bite, even in very dark conditions. “The extraordinary physiology and behaviour of human-biting mosquitoes make them particularly efficient at transmitting parasites and pathogens within human populations,” says Professor Gibson. Working with colleagues in sub-Saharan Africa, the team is using these findings to develop improved ways of monitoring malaria mosquitoes. Their preliminary field work features in the BBC documentary, ‘Living with Malaria’.

Research at NRI is also currently underway to better understand how mosquitoes use and move through their environment. Project leader Dr Richard Hopkins, Head of the Pest Behaviour Research Group at NRI, is hopeful that new insights in this area will allow for better targeted mosquito control interventions. A key finding from Dr Hopkins’ work, published this year in Nature Scientific Reports, indicates bacterial communities within malaria mosquitoes can provide information on the spatial patterns of mosquito population movement, with important consequences for where mosquito control is targeted.

“Whilst World Mosquito Day is an opportunity to appreciate the fascinating biology of these creatures,” says Dr Hawkes, “we can also reflect on the challenges that lie ahead in monitoring and controlling mosquitoes and the diseases they spread.”