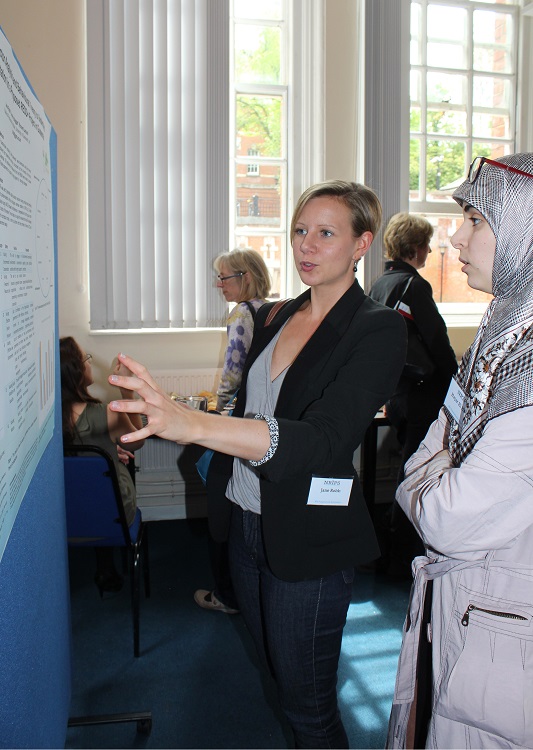 NRI’s PhD students recently showcased their work at the First Annual NRI Postgraduate Symposium. This initiative, designed and carried out by the students themselves, highlighted not only the students’ research but shone a spotlight on their resourcefulness, creativity, enterprise and teamwork. The event, which took place on the 20th May at the University of Greenwich Medway Campus, provided a professional platform for students to discuss their work, sharpen their communication skills and fostered networking across the Institute.

The day itself consisted of a carefully planned programme packed with presentations, poster-viewing sessions and discussions. The presenters were organised by the stage of their research degree – early, middle, or late – which enabled the audience to give focussed feedback and advice at appropriate intervals. Symposium organisers also provided feedback forms for the audience to fill in at their leisure.

The day concluded with a lively panel discussion involving representatives from NRI’s three departments: Kate Wellard, representing Livelihoods and Institutions, Ben Bennett from Food and Markets, and Jeremy Haggar of Agriculture, Health and Environment. The discussion, moderated by fellow NRI staff member Sarah Arnold, focused on current and future developments within the research areas of NRI, with the panel also advising students on their future career paths. 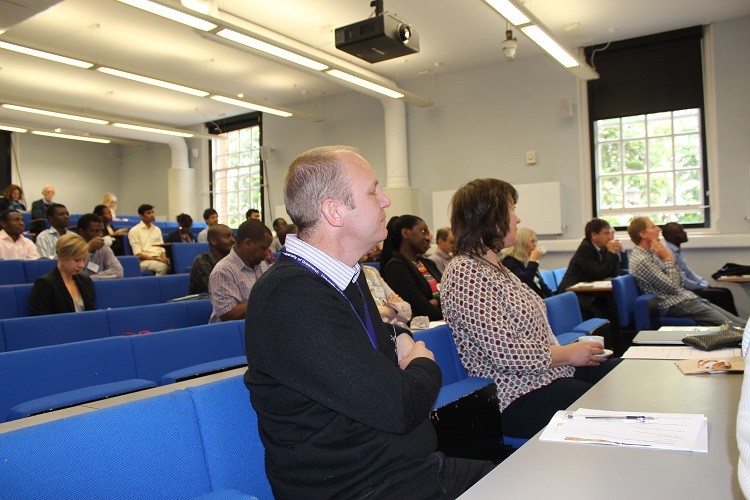 With more than 60 participants, including research students and staff from all of NRI’s departments and the wider University, research groups and development programmes, this was a truly successful venture, which demonstrated effective collaboration and the interdisciplinary nature of NRI. Whilst the seed for the idea of a research symposium was supplied by NRI staff members Moritz Bömer and Richard Hopkins, it was planted and nurtured by the student organising committee led by John Pattison-Williams. Other committee members were PhD students Anthony Abbott (Communications), Louise Malmgren (Early-stage speakers), Ajith Rathnayake (Venue & Refreshments), Hannah Scott (Registration), Freddy van Hulst (Late-stage speakers & Abstracts and Biographies) and Sona Vyskocilova (Posters), with additional support from Sumesh Kakkunnath, Habibu Mugerwa and Jane Robb. NRI staff members Moritz Bömer (Postdoctoral Liaison), Richard Hopkins (Faculty Liaison) and Caroline Troy (Staff Liaison) also offered their support. An accompanying symposium booklet containing biographies and abstracts of the research students was also devised and compiled by the students, featuring the notable designs of fellow PhD student, Nikunj Naik. 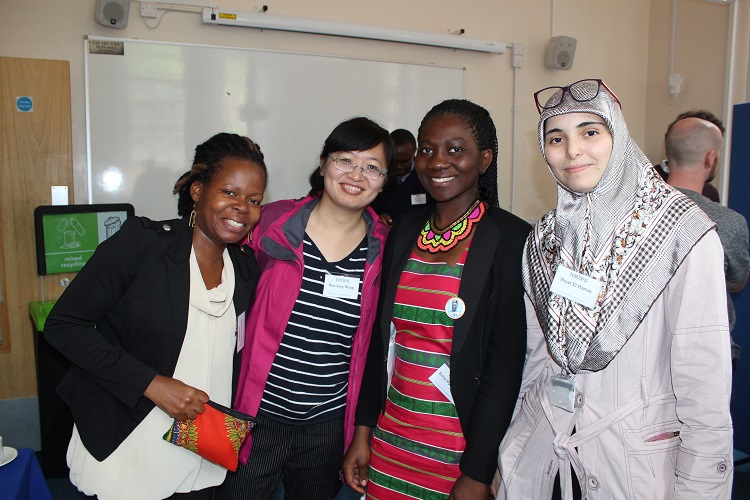 The symposium organising committee is an off-shoot of the wider ‘NRI Postgraduate Society’, also known by its acronym ‘NRIPS’. In the Society’s own words, “NRIPS strives to enrich the academic, social and intellectual interests of its members. Activities include monthly lunchtime presentations by PhD students, academic sessions and workshops with peer-learning experience, social gatherings to celebrate academic and personal milestones and seasonal gatherings for the whole institute.” 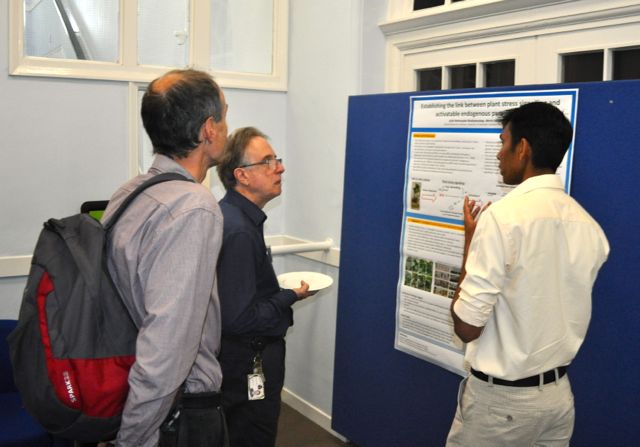 The symposium organising committee received positive feedback from many participants. Andrew Westby, NRI Director, said, “The NRI Postgraduate Symposium has been one of the highlights of the NRI year and I really appreciate all the hard work that makes an event like this happen seamlessly.” NRIPS representative, Sona Vyskocilova, thanked NRI management for their support for the event, saying, “Our initiative was met with strong intellectual and financial support from John Orchard, Ben Bennett, Andrew Westby and the whole NRI, which was very much appreciated.”

It is hoped that this symposium will be the first of many for years to come. 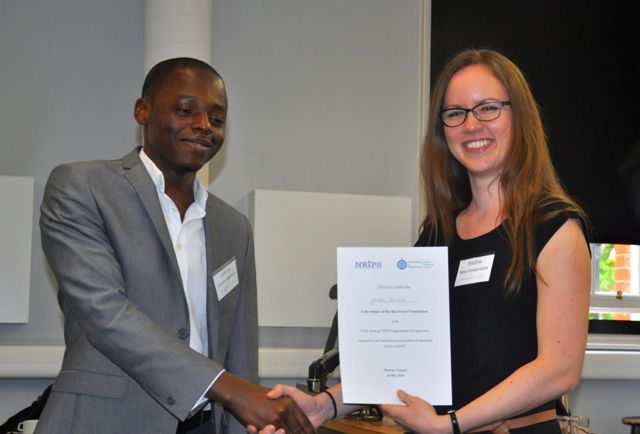