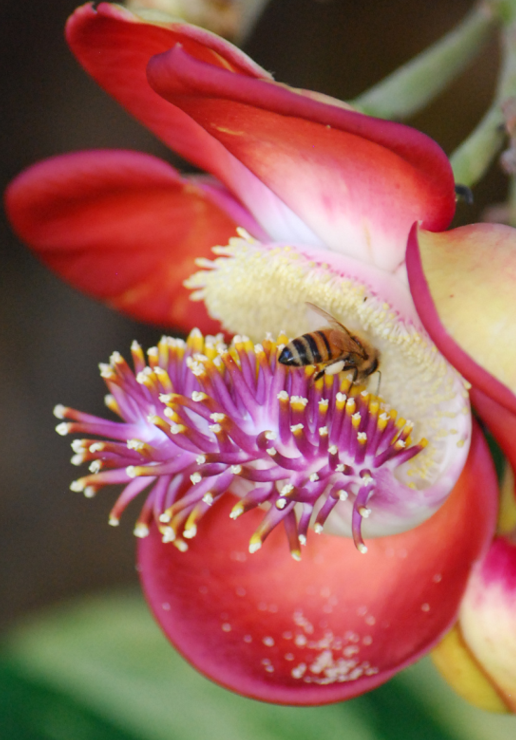 Entitled ‘Sex, drugs and dinner: the hidden poisons in nectar and pollen’, this lecture deals with the ‘Elvis’ of the pollinating insect world. Indeed, the showy and colourful world of flowers and the insects that visit them is filled with many of the same excesses for which the King of Rock ‘n’ Roll was famous; the insect equivalent would be the stimulants and toxins imbibed by the nectar-guzzling pollinators. Unquestionably though, Elvis' contribution to music was phenomenal. Similarly, this lecture deals with the massive importance of bees and other pollinators to life on Earth, highlighting how a decline in these species would have a severe impact on society and the world economy.

Phil Stevenson, Professor of Plant Chemistry at NRI and the Royal Botanic Gardens, Kew, who will be giving this lecture, explains, “The global value of pollinators to food production is estimated to be between £150 billion and £280 billion. Their additional cultural, ecological and human health value is immeasurable.” 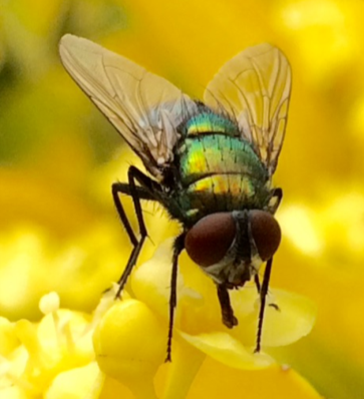 What exactly are pollinators, what do they do, and why are they so valuable?
Pollinators come in many forms, ranging from insects to bats and birds, mammals and even reptiles. Most pollinators, however, are insects such as bees, honeybees, wasps and other insects. Attracted by the different colours, shapes, smells, sugary nectar and nutritious pollen of flowering plants, they pick up pollen from the pollen-producing male reproductive parts and carry it to the female parts, thus pollinating the plant and setting the wheels in motion for fertilisation to occur. The pollinated flower then forms a fruit, with the fertilised ovule within becoming a seed and the ovary around it developing into a fruit to protect the seed.

The resulting seeds and fruit constitute the majority of food crops on our planet; if there are no species left to pollinate our food crops – our food systems will be in jeopardy.

How can we tackle pollinator decline?
Professor Stevenson is an expert in the role that plant chemicals play in the interactions between plants and insects, particularly pollinators. In this lecture he will provide a close-up view of the problems facing pollinators and discuss recent work that might provide ways of understanding and tackling declines. He says, “Severe declines, particularly in the number of wild and managed bees, imply major problems for global food security and biodiversity. The causes of these declines are well reported and primarily man-made, but it is vital to see if this can be addressed using science-based knowledge.”

This free public lecture is the first of the new public lecture series run by the University of Greenwich’s Faculty of Engineering & Science. The lecture begins at 6.30pm on Wednesday 14th October in the Ward Room, Pembroke, Medway Campus, and will be followed by light refreshments.

To register, or for more information, call 020 8331 9800 or email This email address is being protected from spambots. You need JavaScript enabled to view it.