Mosquitoes bringing exotic diseases to the UK: NRI experts explain the risks on TV and radio 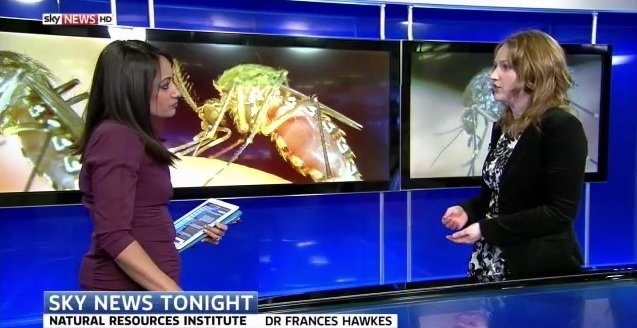 An article published in the Lancet Infectious Diseases Journal last month reported that mosquitoes could bring exotic diseases, such as dengue and West Nile Virus, to the UK within the next few decades. The study caused a media buzz, prompting broadcasters to ask, “How real is the risk of mosquito-borne diseases in the UK?”

NRI scientists, Dr Frances Hawkes and Professor Gabriella Gibson, were on hand to offer their expert opinions and explain the risks.

Dr Hawkes, appearing on Sky News Tonight on 23rd March, explained, “There is a risk, of course, but it is quite difficult to measure how big the risk is. The UK has had mosquito-borne diseases in the past; in Dickensian times there was malaria transmission in Kent and elsewhere in the UK! But at the moment we don’t have the mosquito species that carries dengue fever; consequently we don’t have the disease either, so the risk is relatively low. But it’s important that we’re not complacent either.”

The Lancet article by J Medlock and S Leach, entitled Effect of climate change on vector-borne disease risk in the UK, reports that the UK is becoming more hospitable to some mosquito species. Professor Gibson, interviewed on the Julia George Show on BBC Radio Kent on 25th March explained, “Global warming is certainly helping mosquito populations spread over greater areas than before, so it is important that we keep an eye on them.”

Dr Hawkes described other factors affecting the potential movement of mosquitoes to new areas; “…it’s not just about climate change but also about our changing travel patterns, how we bring goods to and from different countries; the used tyre trade is one of the main reasons why one of the mosquito species that can carry dengue has been able to disperse so rapidly.” 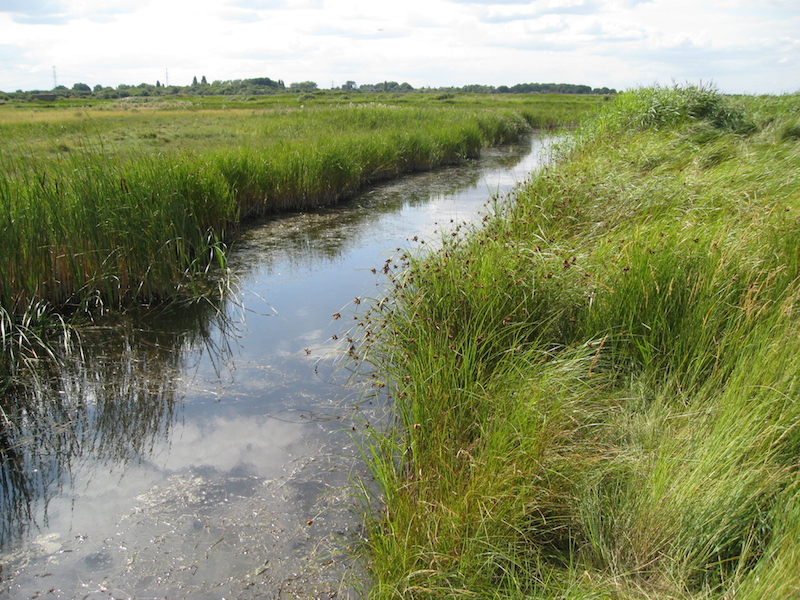 Professor Gibson also explained the risks of mosquito bites, the features and symptoms of dengue and West Nile Virus, and the preferred habitats of the insects that can spread these diseases, “The dengue mosquito is called the tiger mosquito, Aedes albopictus, and it mainly lays its eggs in very small containers of water; it doesn’t lay its eggs in larger waterbodies, such as ponds or riverways. So we can monitor for that mosquito in a particular way, whereas, the West Nile Virus mosquito, Culex modestus, tends to lay its eggs in drainage ditches, way out in the marshes near estuaries, rivers and coastlines. So it’s not often found near where people are living, whereas the dengue fever tiger mosquito is more risky because it does tend to breed in places that are closer to where people live.”

Both Dr Hawkes and Prof. Gibson reassured the presenters and the public in general, that, although Culex modestus is present in Kent and Essex, West Nile Virus has so far not been found in the wild populations, representing a low risk to the public. Moreover, as Dr Hawkes said, “It’s important to stress that there are no mosquito-borne viruses or diseases in the UK at present.” In addition, the situation is constantly monitored by Public Health England, who have a contingency plan in place in the event of any changes.