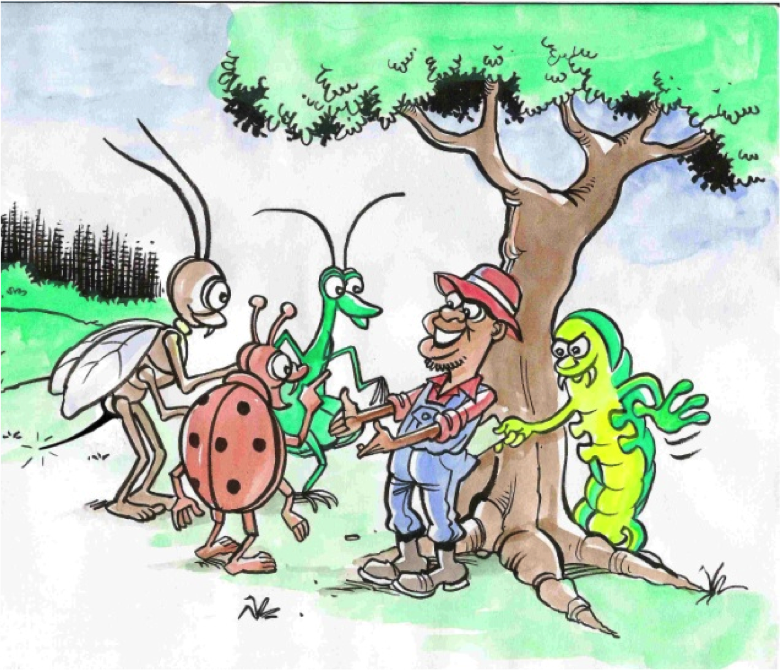 In spite of advances in crop protection, losses caused by pests, diseases and weeds remain stubbornly high. The situation is worse in developing countries where average annual crop losses have been shown to be between 40-50%, compared with 25-30% in high-income countries.

There is little sign of an improvement in the near future and pest problems may even become worse due to the intensification of agriculture, increased movement of plants and plant products across national borders, and even climate change.

Researchers at NRI are working with partners in different geographical regions to develop improved strategies for managing pests. The emphasis is on identifying approaches that are affordable and environmentally sustainable so that farmers have viable alternatives to chemical pesticides which are often costly and may be harmful to human health. NRI promotes Integrated Pest Management (IPM), which uses a best mix of complementary control measures to minimise harm to the environment. Much of our work is done within the European Centre for Integrated Pest Management (EUCIPM) at NRI, an example of which is our work on biopesticides (biological pesticides).

Although there have been some notable successes in the implementation of IPM, it has not yet been widely adopted in developing countries. A paper recently published in the journal, Proceedings of the National Academy of Sciences, co-authored by NRI's Tim Chancellor, investigates why this is the case.

Tim Chancellor gave a presentation during an international workshop on 'IPM in Developing Countries', held in 2011 in Ecuador, where participants discussed possible reasons for this limited uptake of IPM. He highlighted the importance of policy and institutional issues and of strengthening the capacity of the different actors involved in IPM. He also stressed the need for a multi-sectoral approach to pest management, especially for partnership with the health sector, which may be best placed to bring about beneficial change in the regulation of pesticides.

Following this workshop, Olivier Dangles, an ecologist based at the Higher University of San Andrés, and Soroush Parsa, an entomologist at the International Center for Tropical Agriculture (CIAT) in Colombia, led a global survey of IPM stakeholders to investigate factors affecting IPM adoption in developing countries.

The recently published findings reveal some interesting differences in the views expressed by respondents from developing and high-income countries. For example, respondents from developing countries considered that the need for collective action within a farming community to implement IPM was the major obstacle to adoption. By contrast, respondents from high-income countries believed that a shortage of well-qualified IPM experts and agricultural extension officers was the main limitation. There were also differences in the responses from IPM stakeholders in different geographical regions.

Tim Chancellor comments that one of the main conclusions from the study is that more attention needs to be paid to the views of stakeholders from developing countries in the way that IPM is designed and promoted. Consideration also needs to be given to the different regional contexts.