Is consumer acceptance of root and tuber crops important? 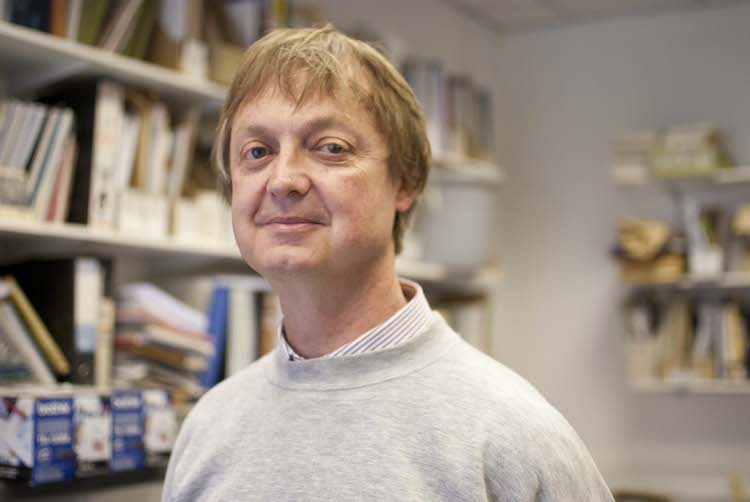 Professor of Food Science, Keith Tomlins of NRI gave a lecture on 17th May at the H.H. Sree Visakham Thirunal Endowment Lecture 2014 hosted by the Central Tuber Crops Research Institute (CTCRI), Kerala India to members of CTCRI, the Indian Society for Root Crops (ISRC) and other invited guests.

Keith's lecture was entitled; "Let them eat root and tuber crops: is consumer acceptance important?"; a play on the saying 'Let them eat cake' which was attributed to Marie Antoinette during the reign of Louis XVI. At that time in history, it acquired great symbolic importance as an indication of people in power being out of touch with the reality of life faced by people living on few resources.

Keith read Food Science and Nutrition at the University of Surrey and joined NRI as a food scientist in 1987 where he worked on food flavours and postharvest processing of tea, coffee and cocoa in Africa. This included living for two and half years in Malawi as a processing scientist in an experimental tea factory.

In his lecture, Keith demonstrated how his collaborative research and development work with partners has focused on remaining in touch with the reality of life faced by millions in Africa and Asia.

In much of the developing world, the focus of agricultural research has been to ensure there is enough food to eat. A key driver of food intake is quality and acceptability because people everywhere are very particular about the food they eat.

In his lecture Keith explored how data from an electronic device were used to help reduce significant damage to sweet potatoes during transport from rural farms in Tanzania to urban markets. The 'electronic sweet potato' was placed at the centre of sacks containing the roots to monitor impacts, temperature and humidity in transit.

He also looked at the preferences of low-income consumers in African communities and considered ways in which these preferences can support plant breeding, and be altered by food processing. He explored whether new biofortified food crops target all vulnerable consumers, whether children's preferences differ from adults, and whether cultural differences can also have impact on acceptability