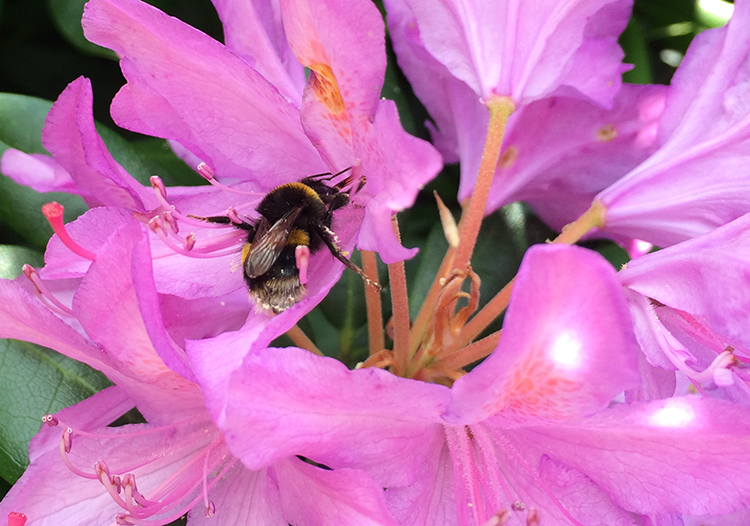 Professor Phil Stevenson has recently published a paper in the Journal of Experimental Biology, which is the first to reveal how bumblebees have poor taste perception for natural toxins in nectar and so may consume them unknowingly.

The functional significance of the nectar toxins is not yet fully understood, but they may have a negative impact on pollinator behaviour and health, and ultimately plant pollination.

Most plant toxins are toxic to animals, and their ingestion could cause physiological stress, the response to which would require energy or resources.

The data from this study suggested that bumblebees have poor acuity for detecting nectar toxins. It found that bumblebees continued feeding on sugar solutions containing these toxins even at concentrations that were much higher than those at which they occur naturally in nectar. So it would be difficult for them to avoid flowers producing chemicals that may then harm them or the brood, thus allowing the trait to persist in plant populations providing food resources for bees.

Pollination is a key ecosystem service provided by flower-visiting insects. It is estimated that over 87% of the world's flowering plant species rely on pollination by insects and other animals. Knowledge about how pollinators such as bees interact with flowers can help to understand what factors are potential hazards. Consumption of toxins could be another stress factor contributing to pollinator declines that bees cope with along with pesticides, diseases and land use change. In combination, the effects could be more severe.