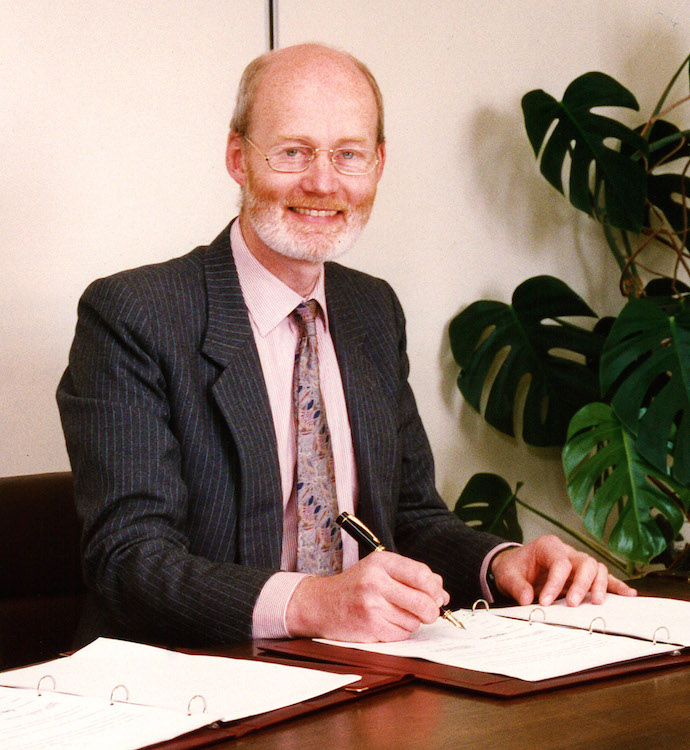 Colleagues at the Natural Resources Institute are sad to learn of the death of its former Director Anthony Beattie on 31 March 2014.

Anthony was Director of NRI, then part of the Overseas Development Administration, for ten years from 1986 until its transfer to the University of Greenwich in 1996. This was a period of considerable change for the Institute and in the wider environment in which it was operating.

Anthony oversaw the bringing together of the different research groups within the then Overseas Development Administration (now the Department for International Development) into a single unified organisation, its relocation to a single site here in Chatham and the transformation of its financing from core- to competitive grant-funding. He also directed the transfer of ownership to the higher education sector with the Institute becoming a part of the University of Greenwich in 1996. This broke new ground as the first transfer of a public sector research organisation to the University sector. Many of these changes involved considerable challenges but they sowed the seeds for the successful, financially independent Institute within the University of Greenwich that NRI is today.

After leaving NRI he moved to the Efficiency and Effectiveness Group in the Cabinet Office. He spent the last seven years of his Civil Service career as the UK Permanent Representative (Ambassador) to the UN agencies in Rome. Among other roles in governing bodies he was President of the Executive Board of the World Food Programme (WFP); Chair of the Audit Committee of the Executive Board of the International Fund for Agricultural Development (IFAD); and Vice-Chair of the Finance Committee of the Food and Agriculture Organisation (FAO). Anthony was also active in charity governance as a chair and trustee, and was a member of the Governance Forum of the National Council of Voluntary Organisations.

Prior to his death he was undertaking a consultancy for the CGIAR fund Council on resource mobilisation.