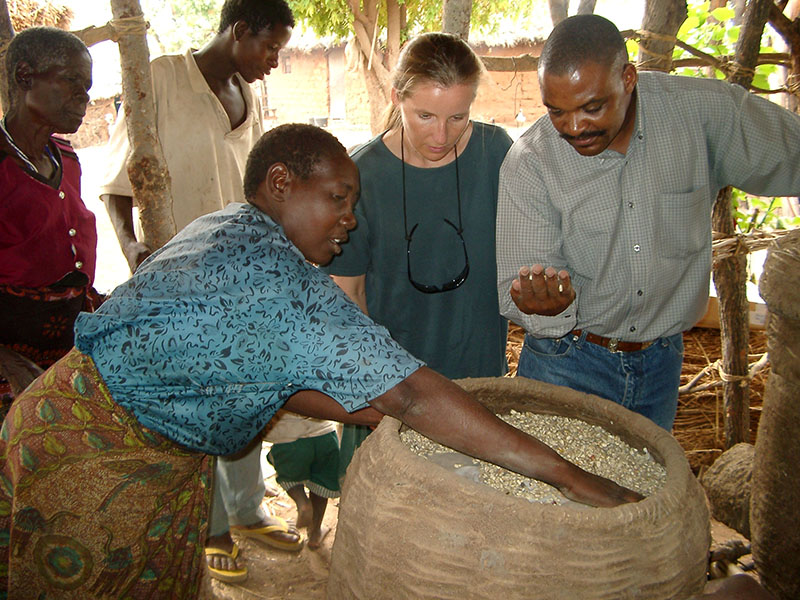 Reducing food losses after harvest is an important means of improving food availability. Since the food crisis of 2006/2007 the international community has taken an increased interest in loss reduction.

A special issue of Rural21 (The International Journal of Rural Development), containing two articles authored by NRI experts, is devoted to many aspects of postharvest loss reduction, from new approaches needed, to 'who does what'. Both the articles are related to the reduction of losses of cereal grains. One, written in collaboration with the University of Zimbabwe, considers the potential effects of climate change on losses. The other, written in collaboration with the German Federal Agriculture and Food Agency and the European Commission, considers how postharvest grain losses should be tackled in sub-Saharan Africa (SSA).

It is important to address postharvest losses because they significantly deprive the farmers of SSA of the benefits of their labours.

This was a conclusion of the recent 'Missing Food' report (World Bank 2011) which emphasises the importance of viewing cereal losses not just as a loss of food, but also as a loss of all the resources that go into creating food, i.e. labour, land, water, fertiliser, insecticide etc. It suggests that for East and Southern Africa the value of annual postharvest losses amounts to about US$1.6 billion per annum, and possibly about US$4 billion for SSA. This exceeds the value of total food aid received by SSA in the decade 1998-2008, equates to the value of cereal imported to SSA in the period 2000-2007, and is equivalent to the annual calorific requirement of at least 48 million people.

NRI currently employs 21 staff members with an active interest in postharvest agriculture, their expertise cut across the major crops; cereals, roots crops, fruits and vegetables. The institute also addresses more interdisciplinary areas such as marketing economics, global value chains, impacts of voluntary standards, training and education, and monitoring and evaluation, which likewise connect with other issues such as fair trade and the shelf-life of perishable goods moving from developing countries to supermarkets in the UK.

Since the food crisis of the 1970s, NRI has had a strong interest in the assessment of losses and in devising effective approaches to loss reduction. In recent years, it has been a strong contributor to the efforts of UN Agencies, the European Commission, and African national institutions.