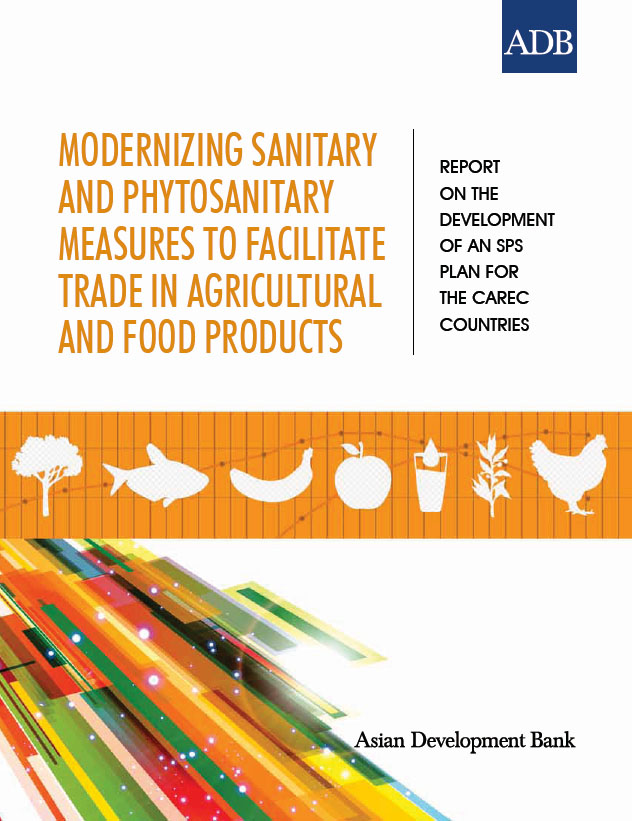 A new report prepared by Dr Robert Black of the Natural Resources Institute has recently been published by the Asian Development Bank (ADB) that assesses existing border controls on agricultural products in the Central Asia Regional Economic Cooperation (CAREC) group of countries.

The key issue is the application of sanitary and phytosanitary (SPS) checks to ensure food safety and public health, whilst facilitating trade of goods and commodities. It hopes to contribute to driving positive change in the Asia-Pacific region and reducing poverty through economic development.

The CAREC program is a partnership of 10 countries in Central Asia including Afghanistan, Mongolia, Pakistan, the People's Republic of China and six countries of the Former Soviet Union.

Every country takes measures to ensure that food is safe for consumers, and to prevent the spread of pests and diseases among plants and animals. However, SPS measures may result in restrictions on international trade if they do not conform to norms established by international trade and food authorities. It is the ADB's hope that this publication will stimulate the CAREC countries to facilitate trade within and beyond the Central Asia region by adopting SPS measures based on these international normative guidelines.

A major obstacle to a functioning food safety system in the CAREC countries that was uncovered by the study was that many CAREC countries are currently using a set of standards inherited from the former Soviet Union. These are not compliant with the World Trade Organisation, and therefore not recognised by most trading countries. The situation is compounded by the Customs Union of Belarus, Russian Federation and Kazakhstan acting as a trade bloc within the CAREC region, which creates barriers to trade within the region.

A number of steps are identified in the report that would assist the CAREC countries to adopt the internationally recognised SPS standards. They fall under two categories; modernising the implementation of SPS measures and identifying investments in SPS to facilitate trade. It is also suggested in the report that for the countries to succeed, they must also strengthen their border trade inspection agencies.

Robert Black is a Part-time Lecturer at the Natural Resources Institute/University of Greenwich and consultant on Biosecurity Law and Regulation. This report was produced as part of the Transport and Trade Facilitation Strategy of CAREC.