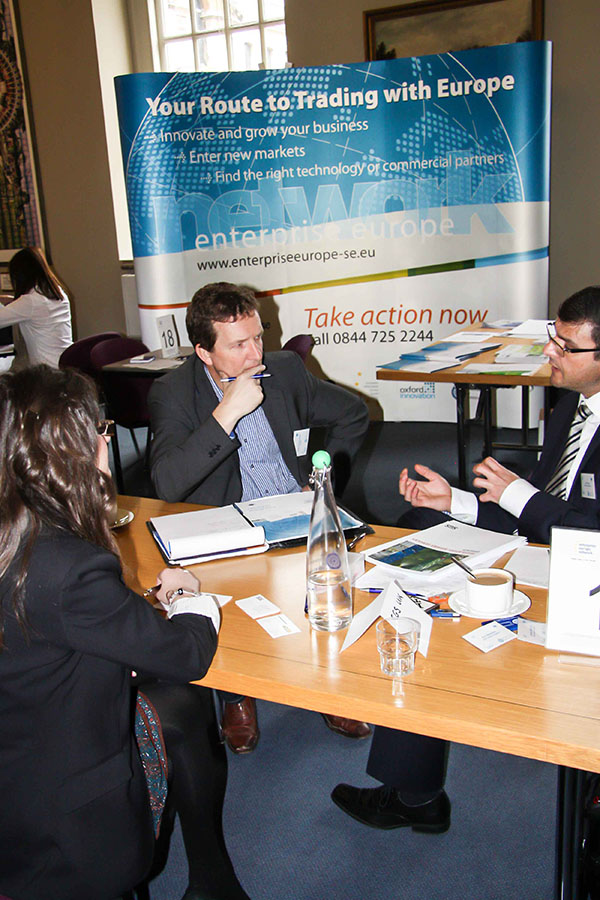 Professor Andrew Westby, Director of the Natural Resources Institute (NRI), welcomed over 90 delegates to a recent meeting at The University of Greenwich on "Biopesticide Market Opportunities". The meeting on 11th April brought together researchers and European crop protection companies, to discuss the key role that biological pesticides or biopesticides could play in replacing the many synthetic chemical pesticides that are likely to be withdrawn from European agriculture under the EU wide decision to move from risk assessment to hazard assessment and to reduce chemical residues on crops.

Andrew says: "NRI has a global research record in developing integrated pest management (IPM) systems and biopesticides and welcomes new opportunities to collaborate with European companies in the biopesticides sector "

The meeting was hosted jointly by the University of Greenwich's European Centre for Integrated Pest Management (EUCIPM) and the Enterprise European Network (EEN), and supported by the Society of Chemical Industries. The EUCIPM was established to co-ordinate NRI's global expertise on integrated pest management and develop its expertise and research capacity as a resource for European agriculture.

As head of EUCIPM, Dr Rory Hillocks of NRI gave the keynote address outlining the challenges European food production is now facing as a result of the withdrawal of hundreds of synthetic pesticides. He explained how the Sustainable Use Directive of the EU has made it obligatory for all EU members to reduce pesticide use and promote the adoption of IPM by farmers.

This represents a serious challenge for agricultural scientists and the agricultural industry, to develop new pest control tools and knowledge that will control pests with much less reliance on chemical pesticides. It will also require that research funding for agriculture be more focussed on the applied research agenda to generate the knowledge needed to enable European farmers to feed Europe.

Dr Stephanie Willamson, from Pesticide Action Network UK, pointed out that the withdrawal of chemical pesticides is a real opportunity to promote safer and more environmentally sustainable farming, through the development of new biologically based pest control techniques. This needs to be supported by an ambitious and enabling policy at national level in the UK.

Among the delegates were representatives from major European biopesticides companies, European researchers, and leading SMEs from the UK and Europe in the development of new technologies.

Company representatives described a range of innovative approaches to pest control, including the use of insect signalling chemicals or pheromones, pest control using insect predators, parasitoids and pathogens, natural products derived from plants to repel pests and even the mass release of genetically modified sterile male insects to prevent breeding of pest species.

The Chairman of the meeting, Dr Len Copping, on behalf of the Society of Chemical Industry (SCI) considered the event to be an outstanding success; "it gave the opportunity for all delegates to share the opportunities that are arising from a changing European regulatory position and to meet organisations and individuals whose interests were complimentary, thereby forging alliances for the future". The meeting ended with an agreement that this unique event should be repeated next year to build on its success.