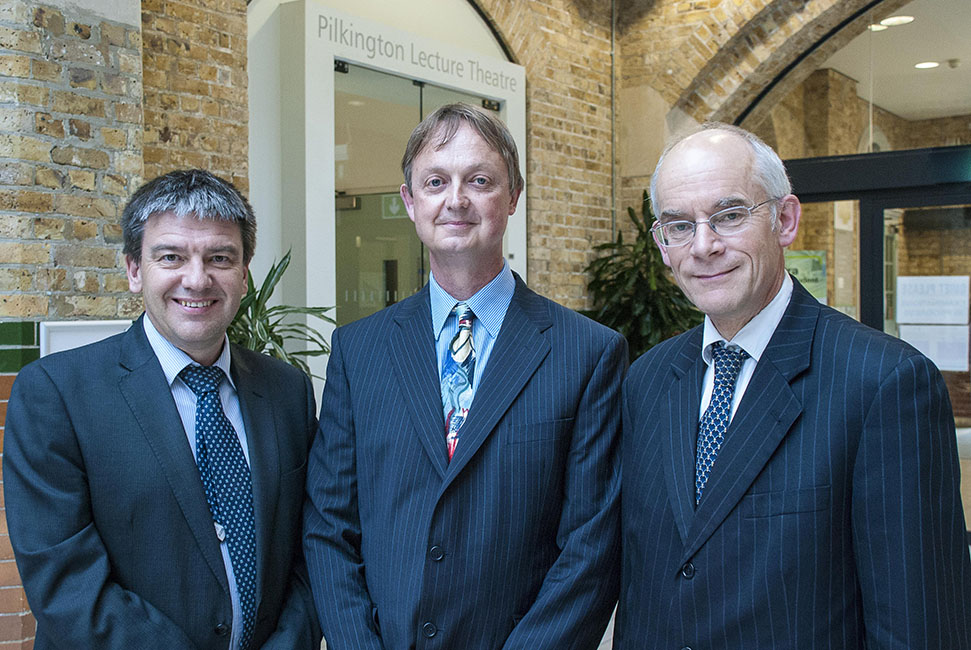 Keith Tomlins, Professor of Food Science at the Natural Resources Institute of the University of Greenwich gave his Inaugural Professorial Lecture 'Let Them Eat Cake: Food Quality and Acceptance in Africa' yesterday, 12 June 2013 to an audience of over 100.

Talking about the work he has accomplished so far in his notable career, Keith touched on several key achievements including development of the 'electronic sweet potato', a tool to monitor damage to sweet potatoes caused by handling and transport conditions on the way from the farm to the market. Knowledge of where losses are actually occurring has guided the introduction of improvements. Also, he explained his extensive work on sensory testing and consumer acceptance of foods, as well as the challenges of using these techniques in developing countries.

Keith emphasised throughout his lecture how resource-poor people can and should have access to foods of the right quality that are also acceptable to their culture, and that it is important to address consumer acceptance in this context. Without this knowledge you cannot drive repeat consumption, and the market fails. He stressed that a nutritious food that is not eaten because it is not acceptable has no nutritional value.

He underlined the significance of 'willingness to pay' when it comes to consumer acceptance, with a demonstration involving the audience's musical preference for an original composition where the audience were firstly asked for a show of hands for liking the music followed by whether they would be willing to pay for it.

Now an international expert on tropical root and tuber crops, he is also the President of the International Society of Tropical Root and Tuber Crops.

Keith took the opportunity to acknowledge several colleagues that have had a significant influence on his career, and members of his family, many of whom were attending the event.

Andrew Westby, Director of NRI and long-term colleague of Keith said in the closing remarks: "Keith is an excellent scientist, and his work is very important to our current global situation. This importance was highlighted recently the UK Government led "Nutrition for Growth" event hosted as part of the UK Presidency of the G8. Keith's world-leading work linking food to nutrition is crucial to improving food security and livelihoods in the world's poorest regions."

Keith's greatest hope is that all people have access to food of good quality that is also acceptable within their specific cultures. His goal for the future is to strengthen the capacity of developing countries to address consumer acceptability issues. He concluded his lecture by stating that "food chains are complex, and acceptance and quality are important at all stages. Research and capacity building will help to ensure that we are better at accessing new markets, improved nutrition and improved livelihoods for people in developing countries."