Experts from NRI gave training last week to 37 early career scientists in Papua New Guinea, as part of an EU African, Caribbean and Pacific (ACP) Science and Technology Project, in how to write winning research proposals with a view to bolstering research on root and tuber crops, which are important to the food security and incomes of many poor people. It was hosted in collaboration with the International Society of Tropical Root Crops (ISTRC) who currently have over 320 registered root and tuber crop scientists. 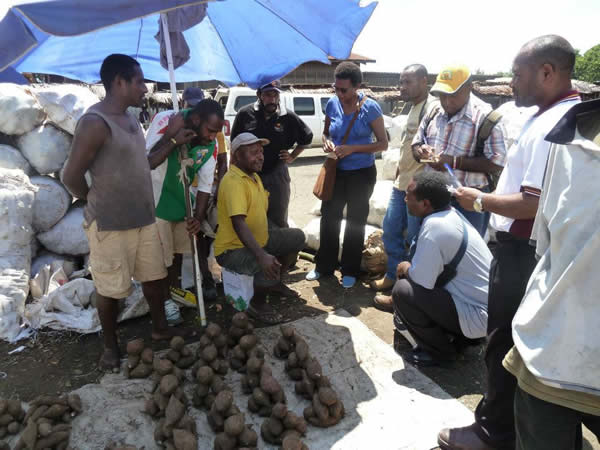 The Regional Training is part of a series that will train 450 early career scientists from ACP countries. Each session takes 5 days and covers research proposal preparation, research methods and intellectual property rights. This was the second training in the Pacific, an earlier meeting in Fiji took place in 2011.

With the support and collaboration of the established ISTRC, it is intended that the training will be sustainable in the long-term. The ISTRC is an international organisation and there is already an active Africa Branch which has symposia every 3 years with up to 200 scientists attending. With this in mind the project is to support the formation of branches in the Pacific and Caribbean.

The Pacific Branch of the ISTRC was launched by Prof Andrew Westby, the President of the society, alongside the EU ACP training workshop. Also present at the launch was Professor Chandra, ISTRC Councilor for the Pacific, Professor Abdul Halim, Department of Agriculture of the Papua New Guinea University of Technology (UNITECH), Dr Keshav Kshirsagar of the National Agricultural Research Institute, Papua New Guinea and Mohammed Umar, Director of the Institute for Research, Extension and Training in Agriculture (IRETA), and University of the South Pacific (USP). Mr Mohammend Umar is the new President of the Pacific Branch and Professor Abdul Halim the Vice-President. 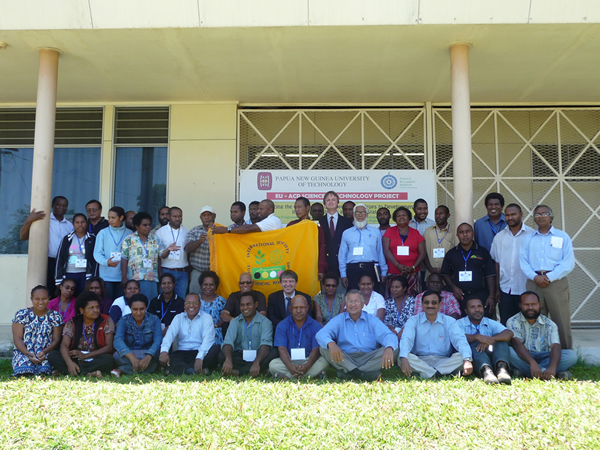 Dr Keith Tomlins, of NRI and project leader of the EU project, said "This is a really exciting opportunity for root and tuber crop scientists in the Pacific Region. Together we can help improve the lives of people who rely on root and tuber crops for food security and by being part of the global community of practice we can share our best practice and ideas".

The Caribbean Branch of ISTRC will be launched during a training meeting in Trinidad from 23 to 27 April 2012.

All involved in the EU ACP training workshop are proud to have the event presented in the February issue of the University of the South Pacific's 'South Pacific Agricultural News'(SPAN).