Farmers within the catchments of the Cassava Adding Value for Africa (CAVA) in Ogun and Ondo States of Nigeria have hailed the TME 419 cassava variety promoted by the project as an alternative to local low yielding cassava varieties. This news was reported in The Daily Nation Newspaper in Nigeria. The first farmer to harvest from the planted TME 419 cassava stems planted in 2009 late season, Alhaji AbdurRahman Kolawole Otun of Otun Farm, Asooro Village, Ewekoro Local Government Area, said: "The cassava tubers were uprooted and the weight doubled that of the traditional cassava, such as the 'idi leru' (root heavy species)."

Otun said after the sales, the money he realised on the TME 419 cassava tubers doubled that of the traditional varieties.

At inception in 2008, Kolawole Otun participated in a C:AVA initiated trial where he planted the old and new cassava varieties on separate land at the same time. He explained that he discovered a great difference during the harvest time both in quality of output and quantity. He stated: "They were planted on different spaces but on the same land size, side by side but the yield from TME 419 doubled that of the traditional cassava." 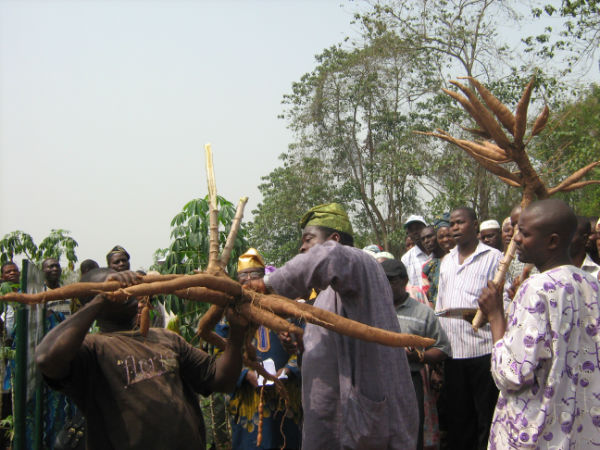 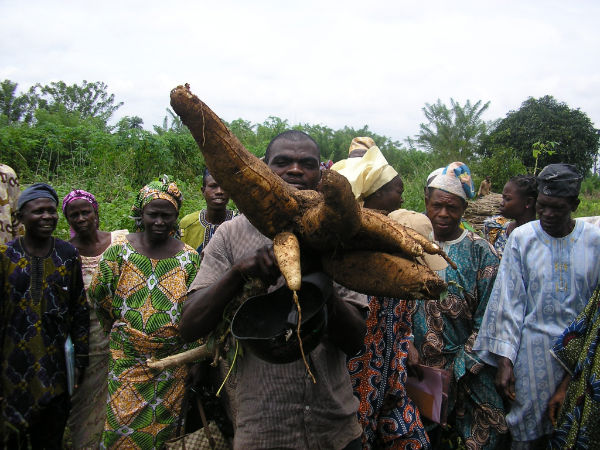 Otun, signalled his desire to plant TME 419 this season from the background of his experience and totally believes in the new variety saying, "I look forward to planting TME 419 this season which I have started." He pointed out that many farmers have approached him for the TME 419 cassava stem, saying he has obliged about 10 farmers and they still keep coming, he added.

According to CAVA-OGADEP Service Provider, Sikiru Adegbola Balogun, the cassava stem has had tremendous success in terms of quality and quantity against all other varieties of cassava given to farmers in Nigeria.

At the C:AVA, Nigeria country office based in the University of Agriculture, Abeokuta; the Country Manager, Professor Lateef Sanni explained that "this major leap in cassava yield is contributing to the sustained supply of raw materials to cassava processing enterprises from farmers who did not have to expand land area under cultivation to do so".