Why No Thought for Food?

The Report of a UK Parliamentary Inquiry into Global Food Security has been published and presented to the UK Parliament on 27 January 2010. Discussants at the launch event, in the Commonwealth Parliamentary Association Room, included Olivier De Schutter (UN Special Rapporteur on the Right to Food) and Geoff Tansey (Joseph Rowntree Visionary and Author). The Report brings together – and draws critical conclusions from – the key issues in oral and written evidence presented to the All Party Parliamentary Group (APPG) on Agriculture and Food for Development during the Inquiry. The Report was published for the APPG by the Natural Resources Institute of the University of Greenwich, and financial support for the Inquiry was provided by Action Aid, CAZS-NR Bangor University, Christian Aid, Concern Worldwide UK, Farm Africa, Find your Feet, International Agri-Technology Centre, John Innes Centre, Natural Resources Institute at University of Greenwich, Rothamsted Research and the UK Food Group. The Inquiry received some 130 written submissions and took oral evidence directly from 29 of the most experienced and authoritative experts on agricultural development and food security from the UK, developing countries and international organizations.

The APPG Inquiry addressed the question, "Why has the UK cut back on its international commitments on food and agriculture when the Millennium Development Goal 1 [MDG1 – to eradicate extreme poverty and hunger] is so far off track?" The Report – entitled "Why No Thought for Food?" – provides a wide-ranging critique of the dramatic decline in the UK government's contribution to international agricultural development over the past three decades, and analyses both the impact that this has had on the international expertise available in this sector and the contradiction between this decreased investment and the stated commitment of DFID to MDG1. 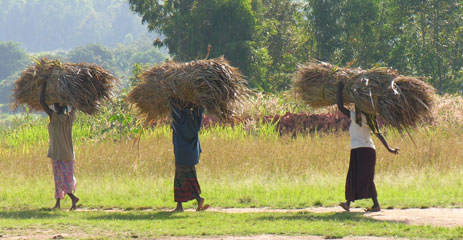 NRI's Director, Dr Guy Poulter, who was one of the oral witnesses to the Inquiry, says "I very much welcome the publication of this Report. I hope that it will act to focus cross-party and wider public attention on the key issues of agricultural development and global food security at a time when the effects of the economic downturn are inevitably being felt hardest by the poorest of the poor in the developing world." He adds, "Agriculture is a driver for lifting people out of poverty yet it has been, and indeed continues to be, very low on the list of DFID's priorities despite over 1 billion people worldwide suffering from chronic hunger every day. While multilateral institutions and donors in other countries are now starting to recognize the consequences of the decreased investment in agricultural development, DFID has been slow to act in spite of repeated calls for action and for a renewed UK leadership in this area from the developing world itself. The UK has neglected the 1.3 billion people who work in the agriculture sector and the 1.2 billion people worldwide who live in a household reliant on agriculture – this cannot go on." 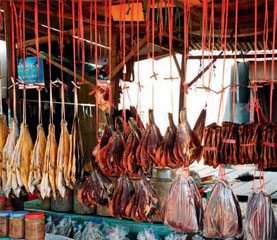 The Report concludes that "This is the time for action and, while Parliamentarians have often been neglected as the vehicle for change in terms of food security, there is much that can be done in the Parliaments of the developed and developing worlds to remedy this situation. Rising food prices at home and abroad have created a level of public awareness and understanding not seen since the mid-1980s, which in turn has created a unique opportunity for action in 2010. The cost of further inaction, however, does not bear thinking about."

The evidence presented to the APPG Inquiry was truly international and from an exceptionally high calibre of witnesses – the oral witnesses included, among several senior international experts in food security: Dr Jacques Diouf, Director-General of the UN Food and Agriculture Organization; Josette Sheeran, Executive Director of the UN World Food Programme; and Joachim von Braun, Director-General of the International Food Policy Research Institute. As well as analysing past failures, the Report examines the prospects of achieving global food security by 2050 and evaluates what the UK should be doing in the future to help halt, and then reverse, the global slide towards hunger. Improved food security can underpin economic growth, health, social cohesion and many other aspects of development. UN Secretary General Ban Ki-Moon stated at the June 2008 World Food Security Summit, "Nothing is more degrading than hunger, especially when man-made. It breeds anger, social disintegration, ill-health and economic decline ... Today's problems will only grow larger tomorrow unless we act now." – it is hoped that this APPG Report will inspire the action the UK urgently needs to take in order to contribute to this international challenge.

Why No Thought for Food? - A UK Parliamentary Inquiry into Global Food Security (Jan 2010) [pdf 4Mb]