International Award for Implementation of IPM

A successful partnership (including NRI) between donor-funded research, promotion and commercial marketing for sustainable adoption of eggplant IPM in South Asia, has been chosen to receive an International Award of Recognition from the awards programme of the 6th International IPM Symposium, to be held in Portland, Oregon, USA, on 24-26 March 2009. The nine Award winners in three Award categories were selected because they displayed notable contributions to: 1) improving economic benefits related to IPM adoption; 2) reducing potential human health risks; and 3) minimizing adverse environmental effects. 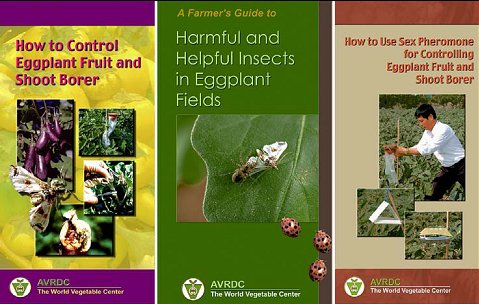 The award-winning nomination described an example of synergy between researchers and SMEs to deliver sustainable development by the transfer of a scientifically validated and locally adapted IPM package for the management of key pests and diseases in a major vegetable crop, eggplant, in South Asia. After the IPM component technologies had been developed and validated in South Asian locations, a technology package composed of mass-trapping and crop hygiene was promoted by ten partner organizations, using an imaginative blend of farmer demonstrations, meetings, leaflets, multi-media videos and puppeteers, in many locations in India and Bangladesh. In parallel, projects were undertaken to transfer technical knowledge to commercial companies in India and Bangladesh to encourage local production of pheromone lures and traps. More recently, yields in Bangladesh have been further improved by incorporating the use of root stock resistant to bacterial wilt and commercially-produced parasitoids of major pests into the IPM package. Recent surveys have found that the eggplant IPM package has been widely adopted in the region, with its sustainability confirmed by commercial production of the IPM materials without government interventions or subsidies. 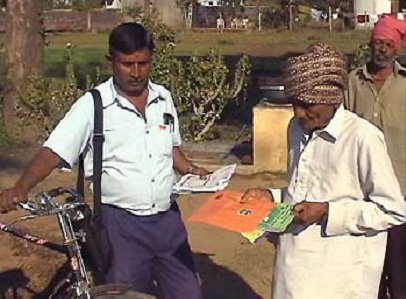 In her message to Alan Cork telling him of the team's success, Dr Sherry Glick, Chair of the International Awards Committee, indicated that, while there were many applications with great merit, the NRI-led submission stood out among the select few as deserving an Award of Recognition. On behalf of the team, Alan will attend the Awards Luncheon in Portland on 24 March, and has also been invited to give a lecture on the eggplant IPM programme in order to set the scene for an open discussion on 'IPM Adoption: Keys to Implementing IPM and Gaining its Full Benefits' during the Symposium.

For further information about the development and adoption of eggplant IPM in South Asia, contact Alan Cork.