Rats and Human Health in Africa

An international workshop on rats and human health is being held in the Republic of South Africa on 4-5 May. Experts from around the world will be gathering at the Pestana Kruger Lodge in Malelane, Mpumalanga Province, to talk about the growing numbers of rodents and the diseases they carry. The workshop is being organized as part of a European-funded research project based in South Africa, Mozambique, Tanzania and Zimbabwe. For the past three years, the project's African and European scientists have been working together to study the impact of rodent-vectored diseases on people's health and livelihoods. The multidisciplinary team consists of ecologists, epidemiologists, anthropologists, economists and environmental scientists, who have been carrying out surveillance for the presence of diseases in rats as well as people, in an attempt to understand what puts people at risk of contracting diseases from rodents. The results of their work, and of other internationally renowned experts, will be presented at the workshop. 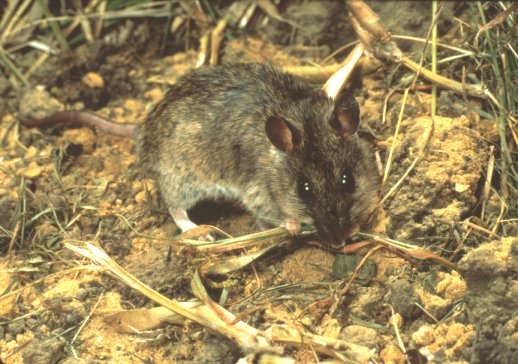 "Mastomys natalensis, a rat that carries diseases including plague, leptospirosis and toxoplasmosis"
© University of Greenwich

Rodents are important vectors for zoonoses, and can act as reservoirs for more than 60 different diseases that can affect people. For example, bubonic plague is endemic in many countries around the world and more than 90% of all human cases reported to the World Health Organization occur in southern African countries. There are growing global concerns about communicable diseases, particularly as climate change, urbanization and agricultural intensification may cause some zoonoses to spread – emerging or re-emerging in areas thought to be free of such disease. As was seen with SARS, improved transport linkages from rural to urban settlements and increased international travel can lead to widespread zoonotic outbreaks when a disease is transmitted from person to person. Sanitary and housing conditions in many African cities can encourage large rat populations that can potentially spread diseases to people.

The technical coordinator of the project, Dr Steven Belmain of NRI, says "Rodent pest problems tend to be underestimated by the authorities, mainly because they lack adequate information on the true impact of rodents on our lives. We simply don't know enough about diseases such as leptospirosis, and it is quite likely that some rodent-borne diseases are misdiagnosed as more common diseases such as malaria. We hope that our workshop will go some way towards raising awareness among key stakeholders and begin a process of improving the surveillance, diagnostics and rodent management actions required."

For more information about the project, contact Dr Steven Belmain (This email address is being protected from spambots. You need JavaScript enabled to view it.).